The exhibition will be held from April 12 to 15 at 640 Arts Tower in Seoul. Like WINNER’s concept in the new album, it will be divided into two areas, black and mint. The making video of the album as well as album descriptions and lyrics will be displayed.

Various picture of the members will also be part of the exhibition. In addition to the images that were included in the album, behind-the-scenes pictures that weren’t released yet will be on display. 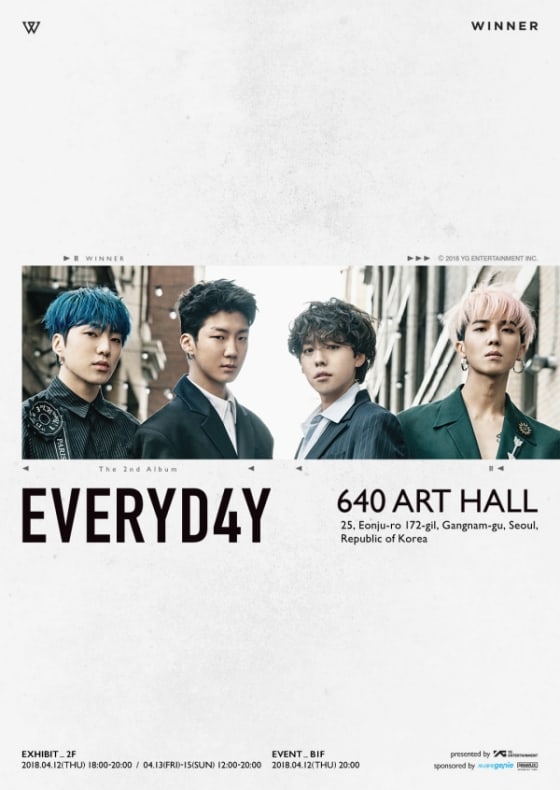 Items have been specially prepared for the exhibition, including poster sets, postcard sets, printed photos, and exhibition frames. A limited number of visitors will also receive special exhibition posters as part of an event.

WINNER recently made a comeback with their new album “EVERYD4Y,” sweeping realtime charts in Korea and earning their first certified all-kill, as well as topping iTunes charts around the globe. The album also entered Billboard’s World Albums chart.