The winner of “K-Pop Star 5” has been crowned!

For the first round, Ahn Ye Eun performed a self-composed song entitled “Say Something.”

The judges praised Ahn Ye Eun’s unique style and her persistence in making it through the competition with original songs. Park Jin Young, Yoo Hee Yeol, and Yang Hyun Suk awarded Ahn Ye Eun 92, 97, and 95 points, respectively, for a total of 284 points.

Yoo Hee Yeol expressed that the performance left him a bit wanting, but was a good display of her singing character. He awarded her 93 points. Yang Hyun Suk and Park Jin Young both gave 92 points, Park Jin Young saying that she did well portraying an emotion she’s not used to singing, and that she’s improved a lot. Lee Soo Jung’s points came to a total of 277 after the first round.

The judges once again praised Ahn Ye Eun’s unique qualities. Yoo Hee Yeol said, “I’ve never seen a contestant like [you] make it to the finale. There are definitely people that will not like your style, but you have your strengths. You know how to move people.” Ahn Ye Eun received a total of 296 out of 300 points from the judges.

Lee Soo Jung then followed up with something never before done by any contestant, receiving perfect scores all around from the judges, a first for any contestant on “K-Pop Star”! Yoo Hee Yeol said that she made the song her own, while Yang Hyun Suk joked that she may not like the score that he gives her. 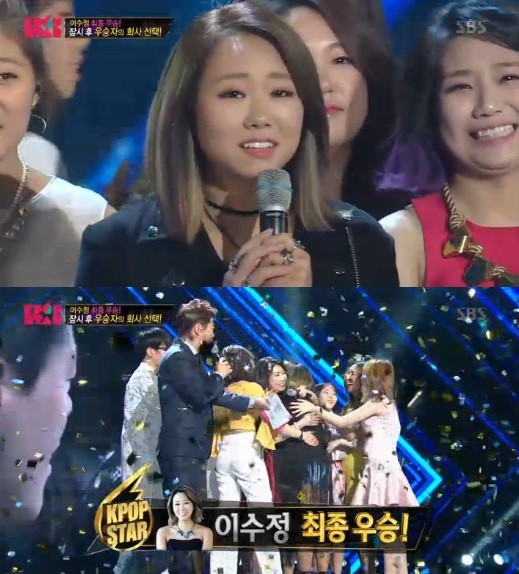