WINNER Shares Their Excitement And Some Hints For Their Second Album

On April 3, WINNER held a live broadcast on Naver’s V Live ahead of the release of their second album “EVERYD4Y.”

WINNER announced, “April 4 is a fateful day for WINNER and our fans.” Kang Seung Yoon began, “We are having a comeback after eight months. There are 19 hours left until our comeback.”

Lee Seung Hoon added, “We’re really satisfied with this album. We’re happy about the fact that it’s a full-length album.”

Kim Jin Woo said, “I want to hurry up and let you guys listen to it. I also took good care of my face in the meantime.” Song Mino commented, “I’m nervous, but happy.”

WINNER’s title track “Everyday” is about how every day is a happy day being with the people you love. Kang Seung Yoon and Song Mino co-wrote the song, and Lee Seung Hoon joined them in writing the lyrics.

Kang Seung Yoon said, “The trap genre is something we haven’t done before. It doesn’t seem like a fan song, but it’s a fan song. It’s about wanting to be with you guys every day.” 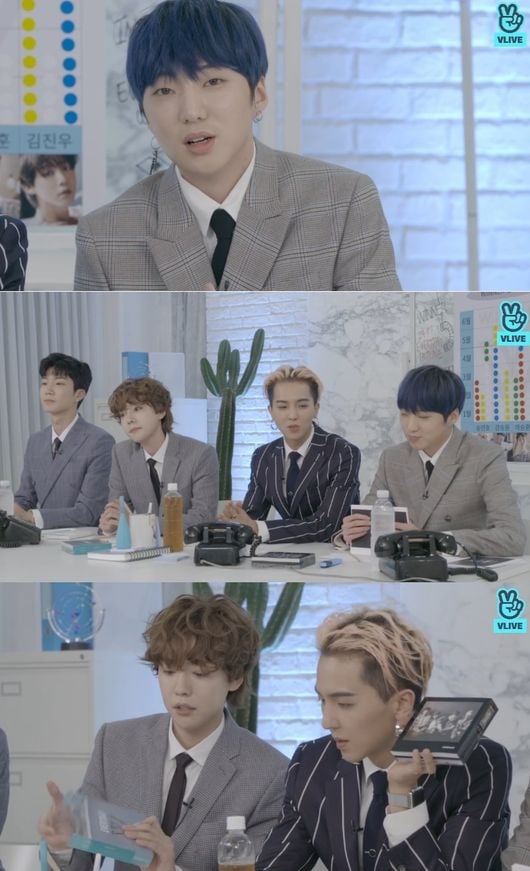 WINNER also increased anticipation for their MV, which was filmed in Los Angeles by Dave Meyers. The director previously worked with WINNER for their “Really Really” MV.

Kang Seung Yoon stated, “The song is good, but the MV is epic. He’s a director who won a Grammy award. The Grammy level is different.”

WINNER’s second album consists of 12 tracks from various genres including hip hop, trap, acoustic, and ballad. The members participated in writing and producing all of the tracks.

Song Mino gave fans a hint about his solo track “Turn Off the Light” when he said, “People think it’ll be a cute song, but you’ll be very surprised if that’s what you think.”

Lee Seung Hoon told the fans, “We really wanted to release a full-length album this time. I was the main producer of ‘Special Night’ and it became a b-side track.”

Kang Seung Yoon revealed, “We gave Yang Hyun Suk many tracks. He praised us. He told us that it’s fun because each of our music styles is different. It was a great compliment.”

The group concluded the broadcast with “boyfriend style” ending statements to their fans Inner Circle — also known by their nickname “Inseo.” Kang Seung Yoon said, “Inseo. It’s not enough for us to meet every day, so I want there to be eight days in a week.”

WINNER’s album “EVERYD4Y” will be released on April 4 at 6 p.m. KST. In the meantime, check out the group’s teasers!