Winners Of The 2018 KBS Drama Awards

The 2018 KBS Drama Awards were held on December 31 at the KBS Hall in Yeouido, Seoul. Hosted by Uee and Jun Hyun Moo, the awards ceremony celebrated the best and brightest of the TV dramas that aired on KBS this year.

The biggest award, the Daesang (Grand Prize), went to two veteran actors: Yoo Dong Geun (“Marry Me Now”) and Kim Myung Min (“The Miracle We Met”). Dramas that took home many prizes that evening included “My Only One,” which is in talks for an extension due to its immense popularity, and “Marry Me Now.”

Both Daesang winners got emotional on stage, with Kim Myung Min saying in his speech, “Just when I was about to give up and leave everything, KBS gave me an opportunity. Just like 13 years ago, I continue to be lacking in many things, but I am grateful to KBS for being able to stand in this honorable spot.” He thanked the director, writer, and co-stars Ra Mi Ran and Kim Hyun Joo, adding that he would not have been able to win the award without them.

Yoo Dong Geun said, “I regret a little that the luck of the new year has fallen into my lap. This drama was only possible due to Jang Mi Hee and I did little by comparison. I don’t know how to absorb this. It was difficult for me and Jang Mi Hee to portray a romance in one’s 60s, and we supported each other every day on set…”

Choking up a little, he went on, “I was happy with just the Best Couple award. Because I wanted to make their romance come alive. More than ever, while doing that drama, I relied on the support of my juniors. I am so sorry to them that I have won this award in their stead.” 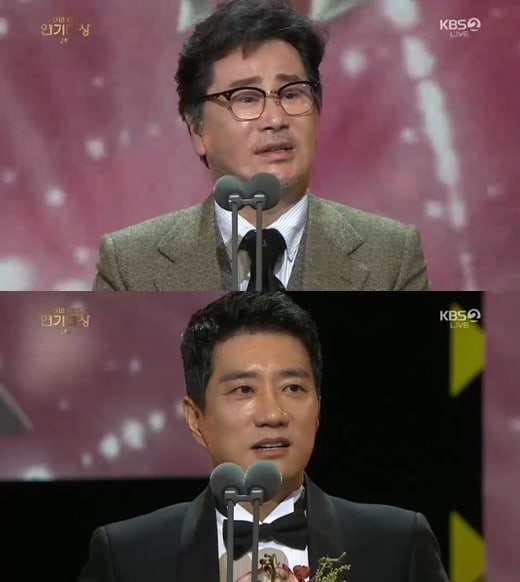 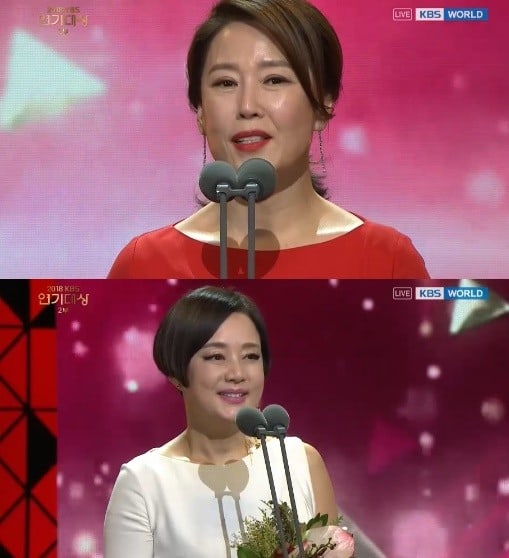 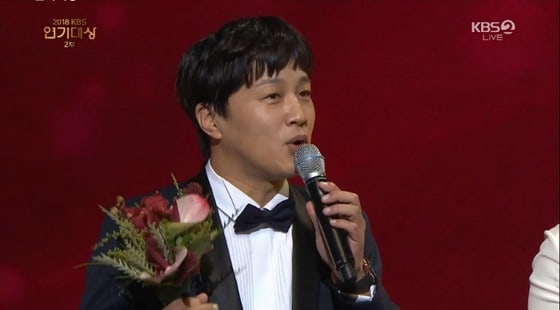 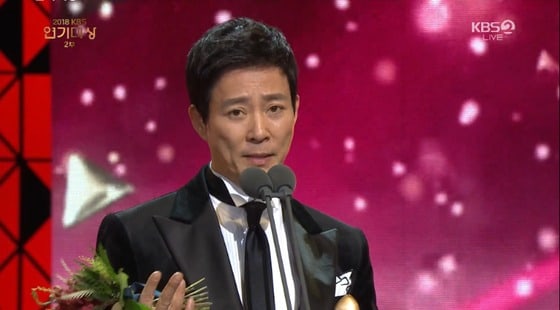 Best Actress in a Medium-Length Drama: Ra Mi Ran (“The Miracle We Met”) 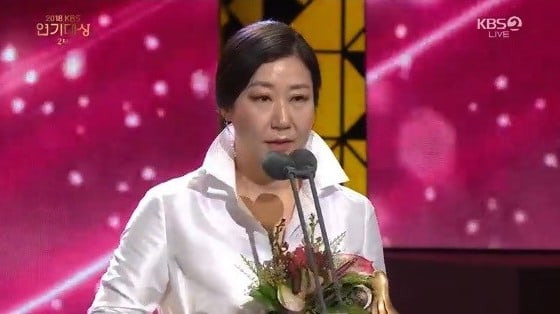 Best Actor in a Medium-Length Drama: Seo Kang Joon (“Are You Human, Too?”) 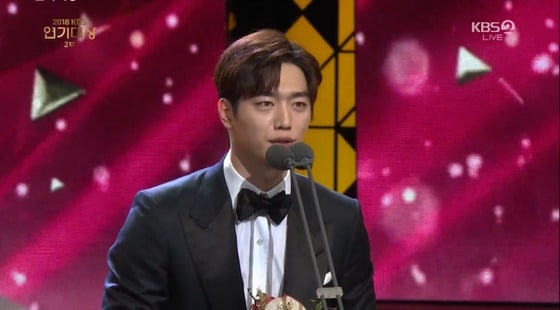 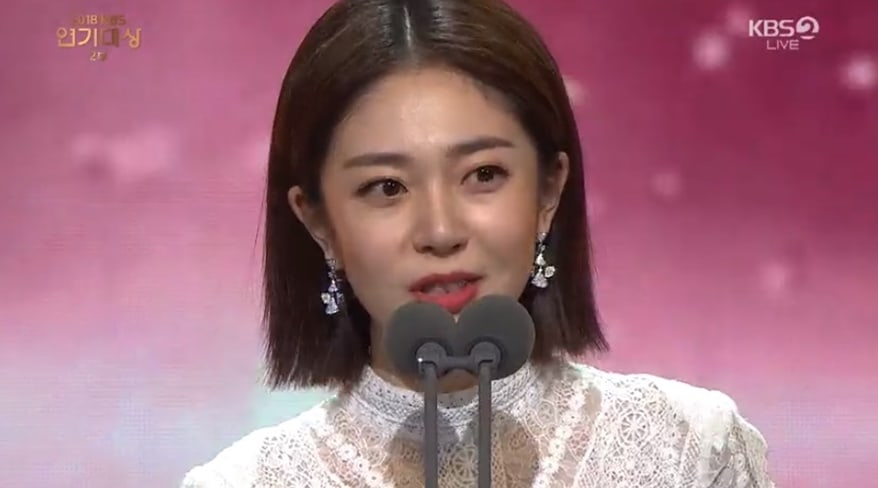 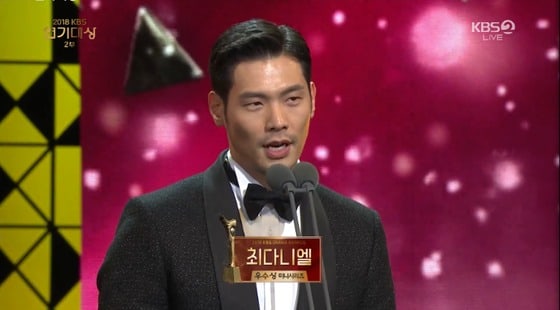 Best Couple: Seo Kang Joon and Gong Seung Yeon (“Are You Human, Too?”), Choi Daniel and Baek Jin Hee (“Jugglers”), Kim Myung Min and Ra Mi Ran (“The Miracle We Met”), Cha Tae Hyun and Bae Doona [not in attendance] (“Matrimonial Chaos”), Yoo Dong Geun and Jang Mi Hee (“Marry Me Now”), Lee Jang Woo and Uee (“My Only One”), Choi Soo Jong and Jin Kyung (“My Only One”) 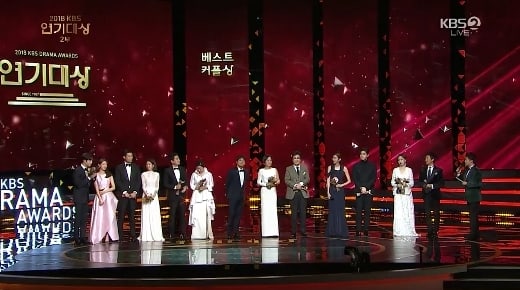 Best Screenwriter: Kim Sa Kyung (“My Only One”) 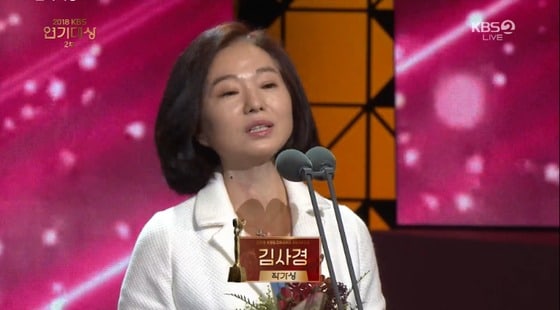 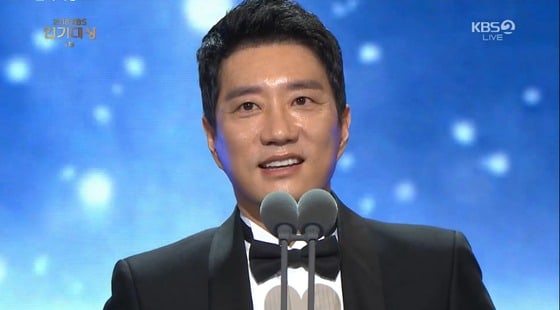 Best Actress in a Serial Drama – Excellence Award: Han Ji Hye (“Marry Me Now”), Uee (“My Only One”) 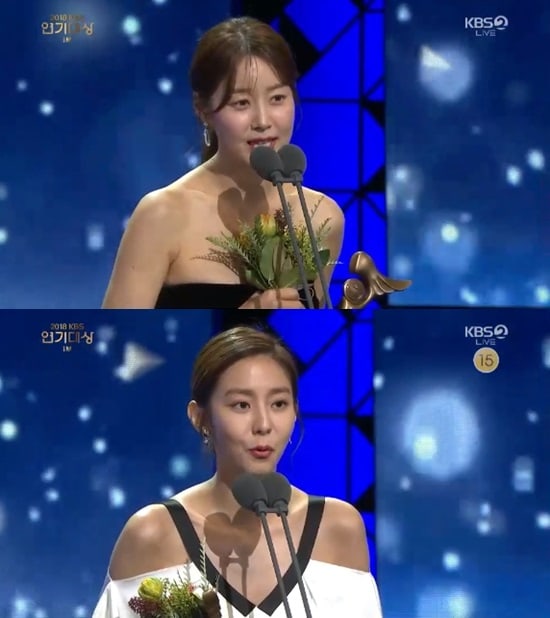 Best Actor in a Serial Drama – Excellence Award: Lee Sang Woo (“Marry Me Now”), Lee Jang Woo (“My Only One”) 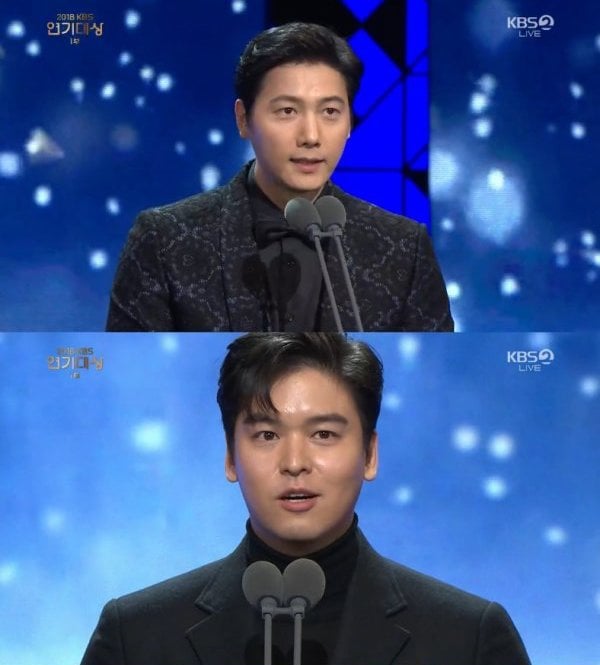 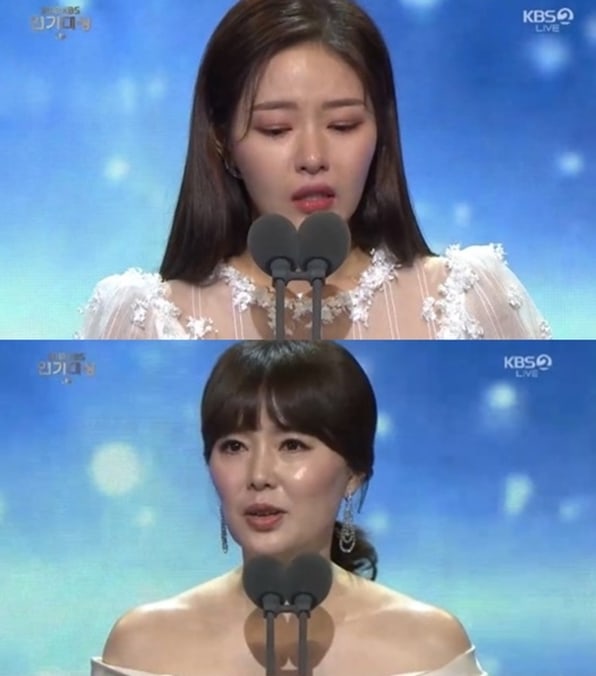 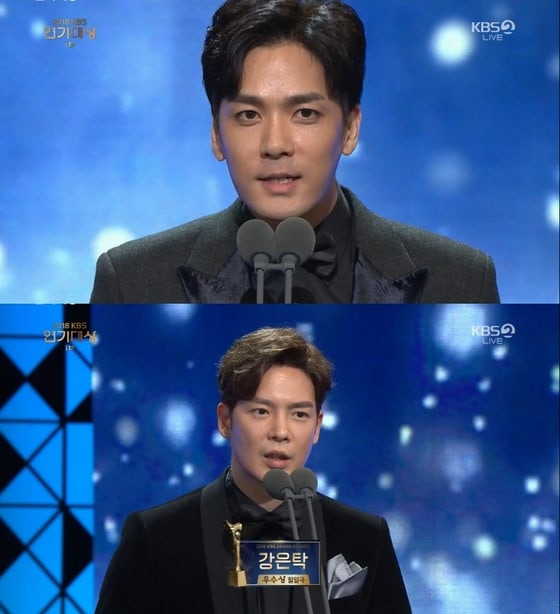 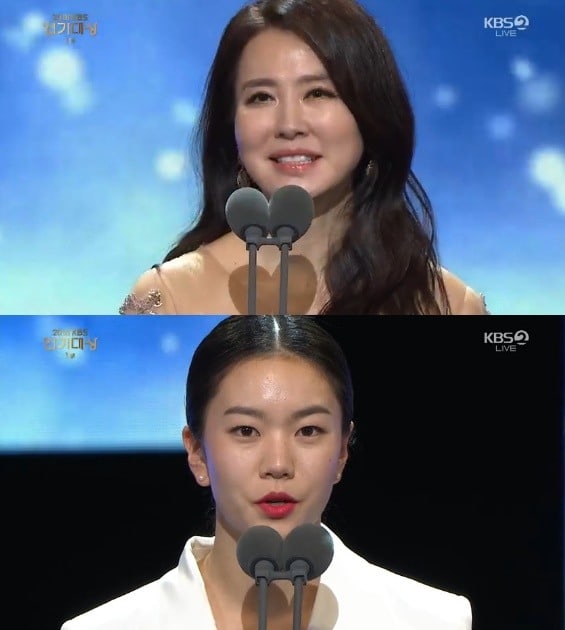 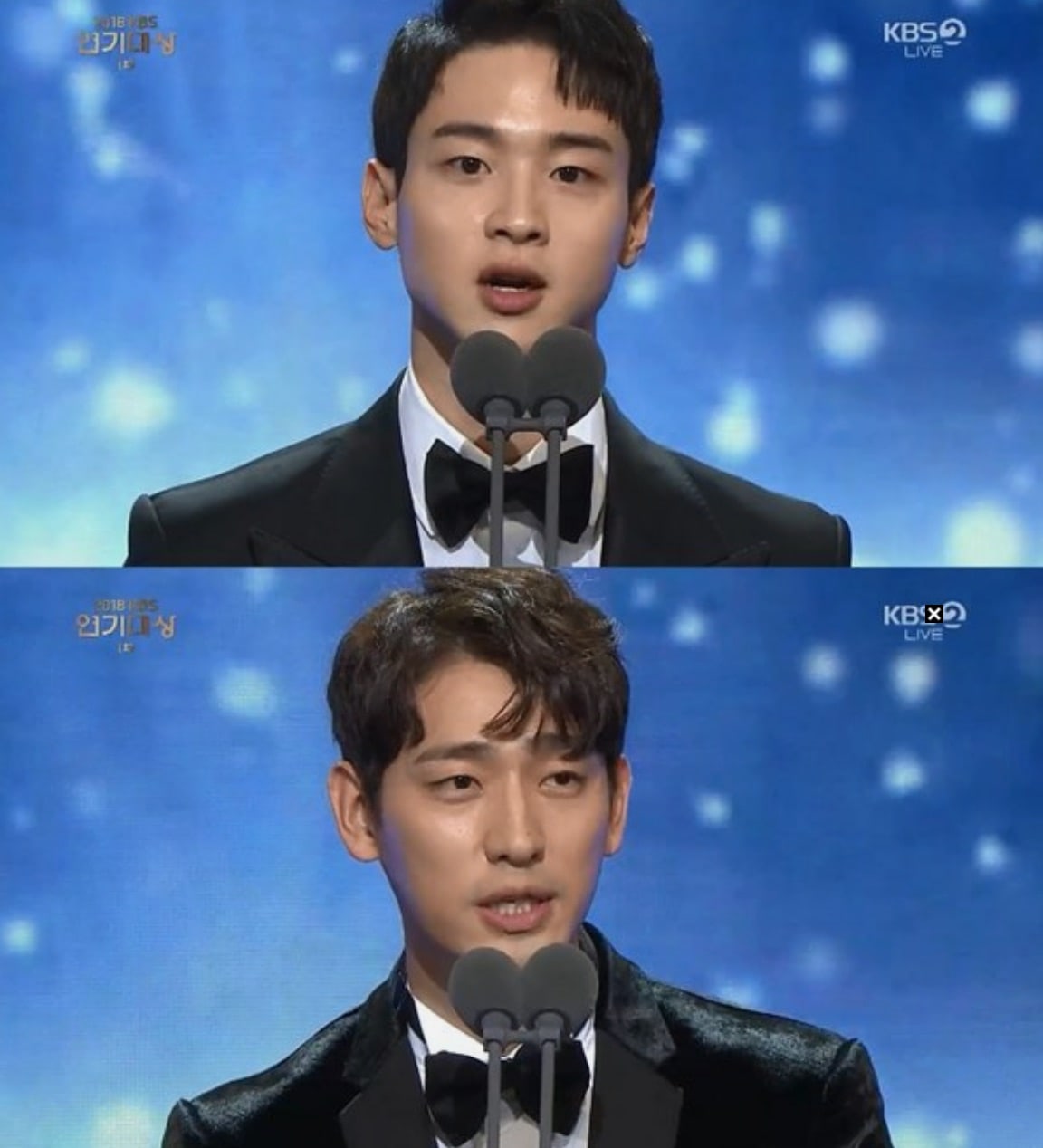 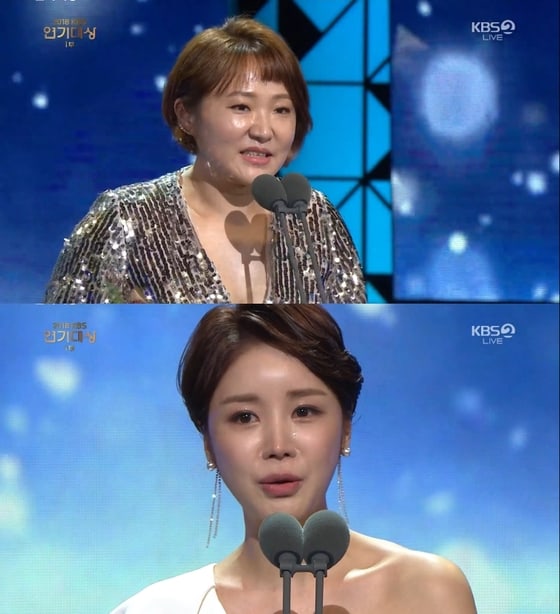 Best Supporting Actor: In Gyo Jin (“Feel Good to Die”), Kim Won Hae (“The Ghost Detective,” “Are You Human, Too?”) 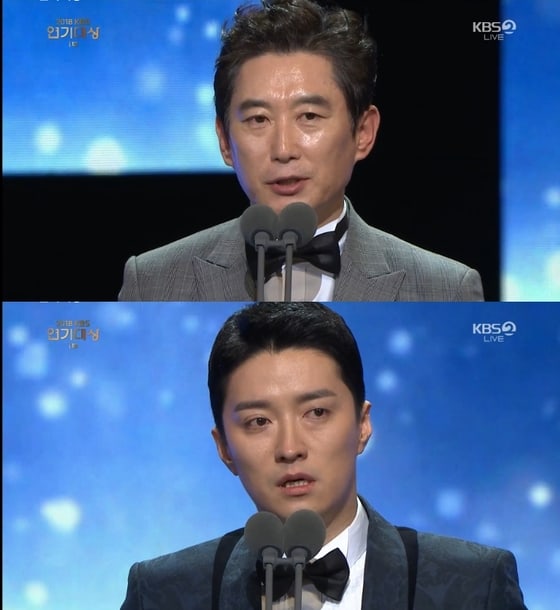 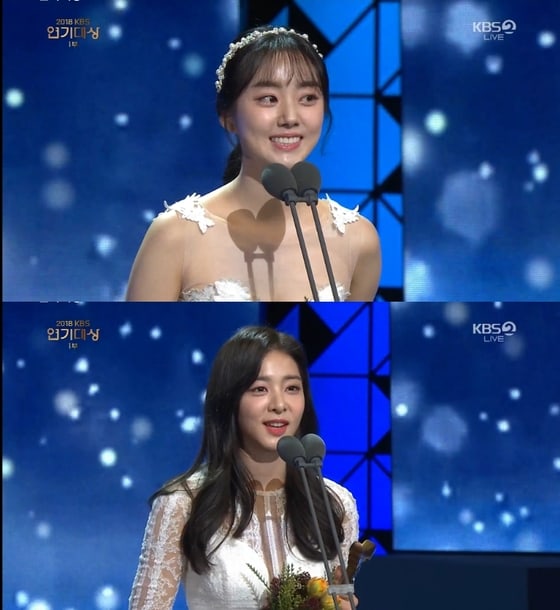 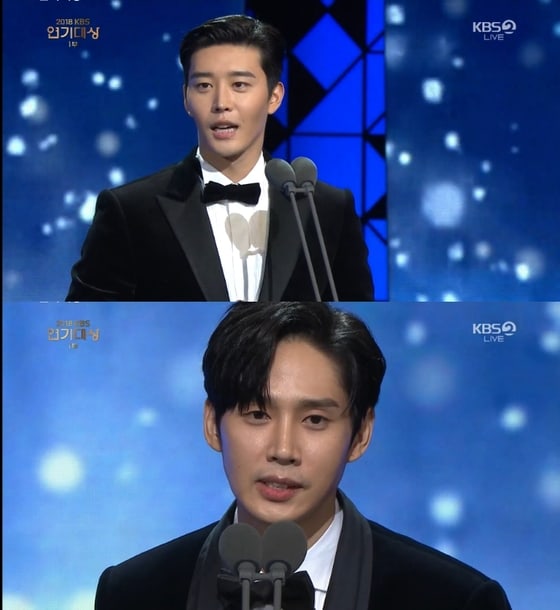 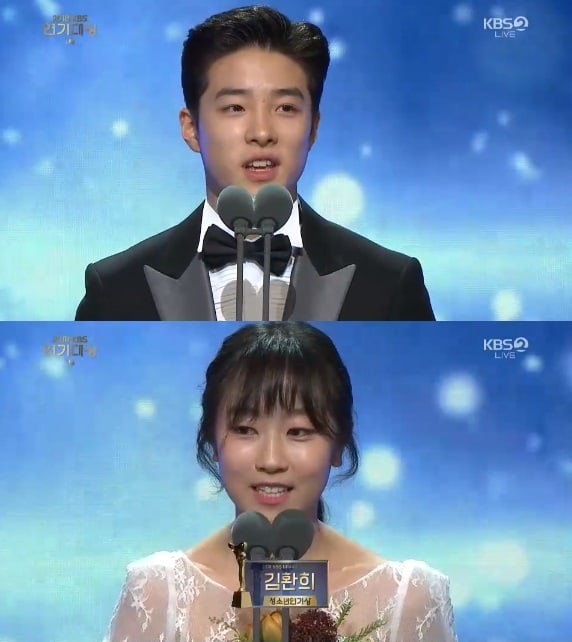 The 2018 KBS Drama Awards will be available to watch on Viki!