WINNER’s Kim Jin Woo brought the laughs when he made a cute mistake and misheard an English word on the December 24 broadcast of MBC’s “Wizard of Nowhere.”

“Wizard of Nowhere” is a travel variety show where celebrities get dropped off at a foreign country without any money. They have to use their survival skills to find food and lodging, and return home in 72 hours.

On this episode, the members traveled to the Italian city of Sicily and worked on a pistachio farm in exchange for a place to stay. While instructing the members on how to pick pistachios, the local said, “You take it there” and walked over to the pistachio tree holding a bucket. 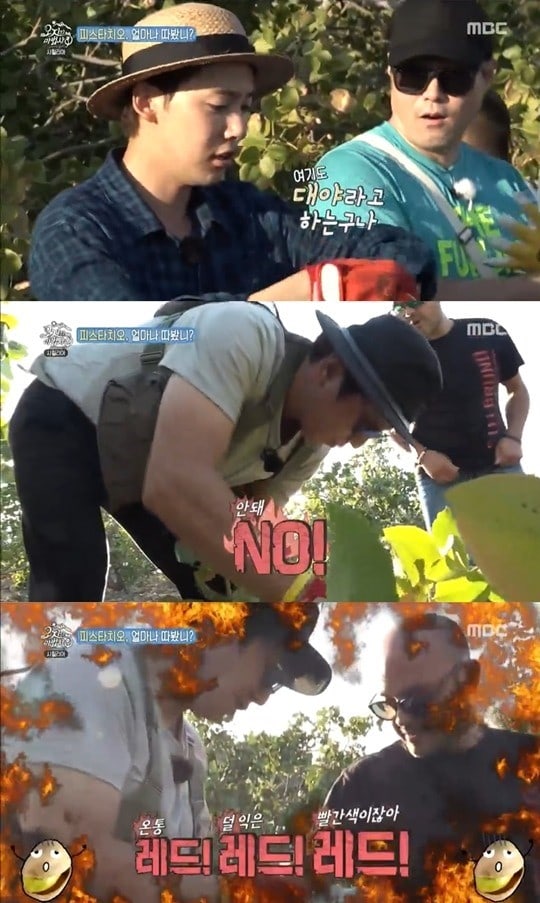 Hearing “there” as dae yah [which means bucket in Korean], Kim Jin Woo asked, “Oh it’s called dae yah here too?” The other members told him what the local had said and everyone had a great laugh thanks to Kim Jin Woo.

However, he wasn’t the only one who misheard English this day. The other members picked red pistachios instead of the ripe white ones, and got yelled at by the locals.