On the May 19 episode of JTBC’s variety show “Ask Us Anything,” Girls’ Generation’s Hyoyeon, MAMAMOO’s Hwasa, Hwang Bo, and WJSN (Cosmic Girls)’s Dayoung appeared as guests.

During the show, the guests mentioned the fact that some girl groups are not allowed to have their own cell phones. Dayoung said, “I got one a month ago. [Before that,] my phone was officially taken away, but after discussing it with the leader of WJSN, I secretly activated one.”

She continued, “I secretly used my phone in the dormitory, and when I heard the sounds of our manager coming, I hid it under the bed mattress.”

Dayoung went on to reveal that the members cleverly hid their phones under the manager’s mattress instead of their own. She explained that she would take out half of the wet wipes in a package, wrap her phone in a plastic bag, and then put the phone inside the package before restoring the wet wipes for perfect camouflage. 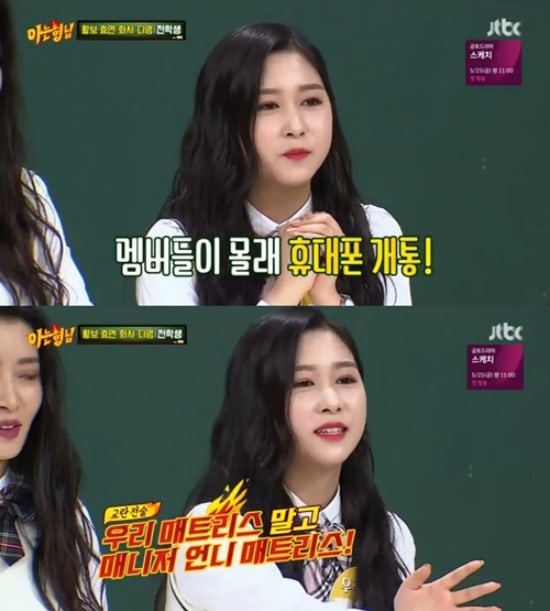 “Ask Us Anything” airs every Saturday at 9 p.m. KST.