On May 1, the new drama unveiled a dynamic main poster of its charismatic three leads. The poster shows 2PM’s Junho masterfully handling a wok as the talented chef Seo Poong, while his romantic rival Jang Hyuk brandishes a large knife as the gangster-turned-restaurateur Doo Chil Sung. Meanwhile, Jung Ryeo Won poses in front of a beautifully plated dish as the insatiable gourmand Dan Sae Woo.

The poster’s caption playfully teases, “A love story hotter than a scorching wok or oil at a roiling boil.”

The blazing fire, flying ingredients, and sense of motion also create the atmosphere of a busy, hectic kitchen. 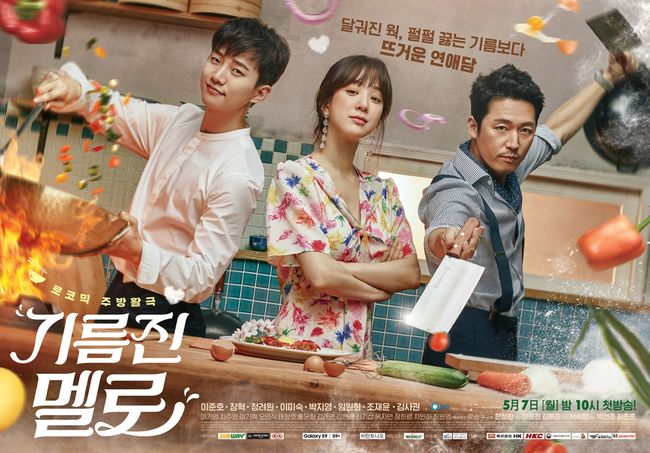 “Wok of Love” premieres on May 7 at 10 p.m. KST and will be available with English subtitles on Viki. In the meantime, check out the teaser for the drama here!