The drama tells the story of Kang Doo (Junho) and Moon Soo (Won Jin Ah) who help each other heal after surviving an accident that leaves them changed forever. Director Kim Won Jin of “The Innocent Man” and writer Yoo Bo Ra of “Secret” will collaborate in portraying the passionate love between Kang Doo and Moon Soo.

In the released stills, Won Jin Ah and Park Hee Bon are best friends who seem perfectly comfortable around each other. While Park Hee Bon goes on complaining while half-lying down, Won Jin Ah calmly listens to her with attentive facial expression. 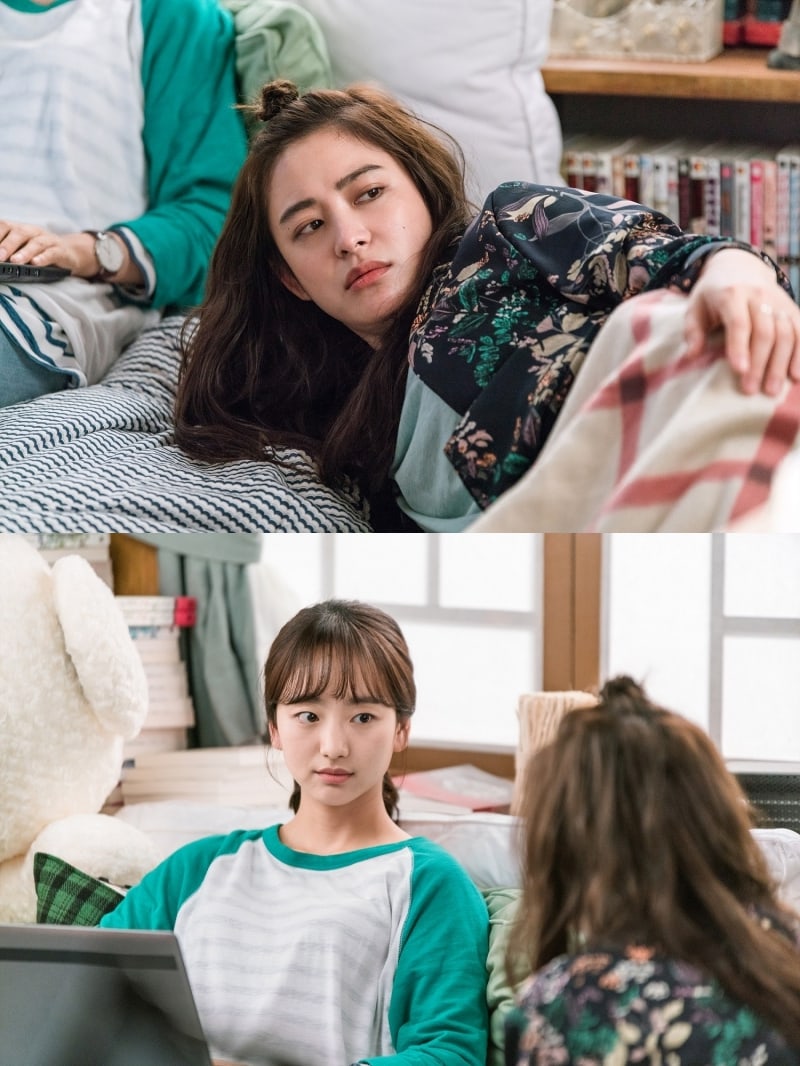 Another still shows Won Jin Ah waking up with Park Hee Bon still fast asleep behind her. Park Hee Bon also wakes up in the next image, but her eyes are half-closed and she seems unable to disentangle herself from the giant teddy bear. Their disheveled hair and natural faces make the scene much more realistic and relatable. 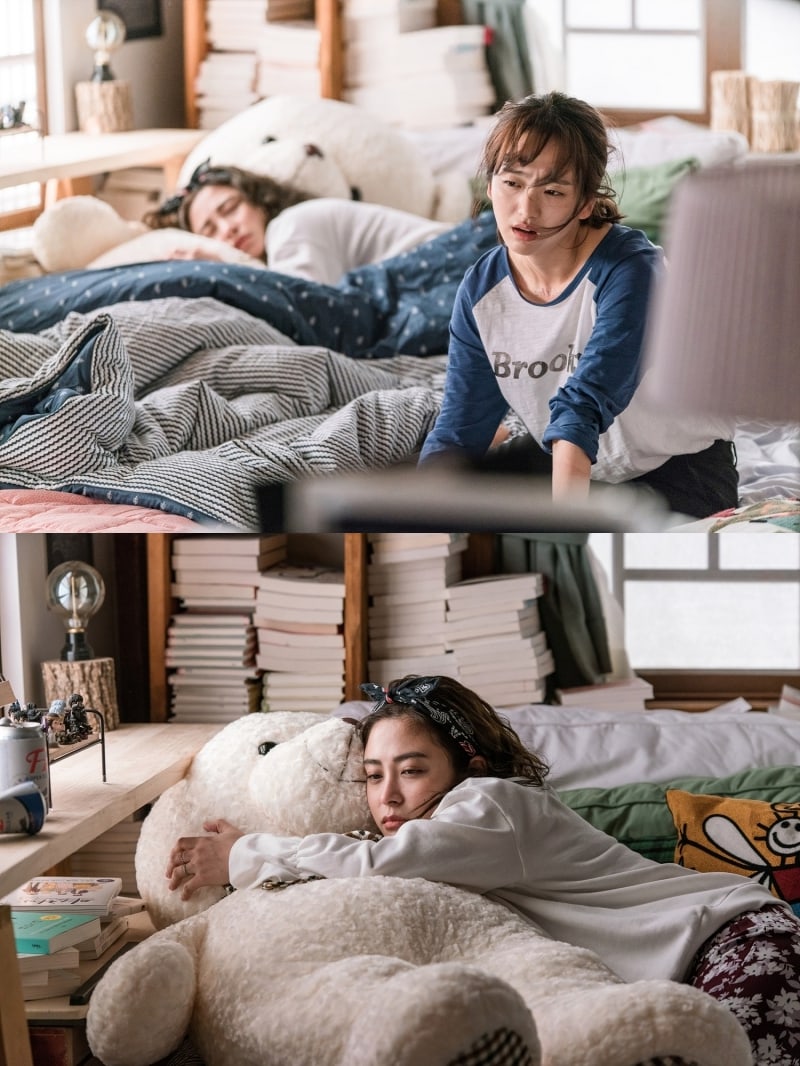 Won Jin Ah and Park Hee Bon will be showing off a friendship stronger than ever in “Just Between Lovers.” Amateur webtoonist Wan Jin (Park Hee Bon) is not only the best friend but the soulmate of Moon Soo. As a perfectionist, Wan Jin may speak bluntly at times, but she is always supportive of Moon Soo. As Won Jin Ah was chosen for this role among 120 candidates and Park Hee Bon has always succeeded in creating relatable characters, expectations are high for the chemistry between the two actresses.

The production staff shared, “Won Jin Ah and Park Hee Bon’s detailed, intricate acting synergy is beyond imagination. They’re just Moon Soo and Wan Jin themselves.” They added that the two characters’ friendship will be something the viewers can relate to as well as boost the energy to the story.