In a recent interview, actor Woo Do Hwan talked about his similarity to his “Mad Dog” Character and picked his ideal type among his female co-stars.

In “Mad Dog,” the actor played witty and fearless Kim Min Joon who joins a team of detectives to find out the truth about his brother’s death. Ryu Hwayoung is his co-star, and when asked how it was to act alongside her, he replied, “Hwayoung and I are like friends. Even though she’s one year younger than I am, she took care of me a lot, so we were able to get close in a short time. We’re compatible, so it was fun and comfortable expressing our opinions.”

When asked if he is “tsundere” (originally a Japanese term that is often used to describe characters who seem cold and distant but are actually warm-hearted) like his character Kim Min Joon, Woo Do Hwan said, “I think I’m the complete opposite of him. That guy is too mean. I’m never mischievously playful to the girl I like. I just tell her straight out, ‘I like you.’ I tell her exactly how I feel. There may be many people who don’t like that, but that’s what I do.”

Kim Min Joon was also asked about his ideal type, and he replied that he likes women who like to talk and who he can communicate with well. He added, “My ideal type is ‘a woman I miss’ rather than ‘a woman I want to hang out with.’ Of course it’s nice to watch movies, eat, and drink coffee together, but it’s important when, how much, and for how many hours I miss her for. I think I use that as a criteria to determine how much I like her, love her, and think of her.”

During the interview, Woo Do Hwan had to choose his ideal type between Lim Sang Mi (played by Seo Ye Ji) from “Save Me” and Jang Ha Ri (played by Ryu Hwayoung). After much thinking, he replied, “[I choose] Sang Mi. I like people who are honest with their feelings. Ha Ri and Min Joon hid too many things from each other.” 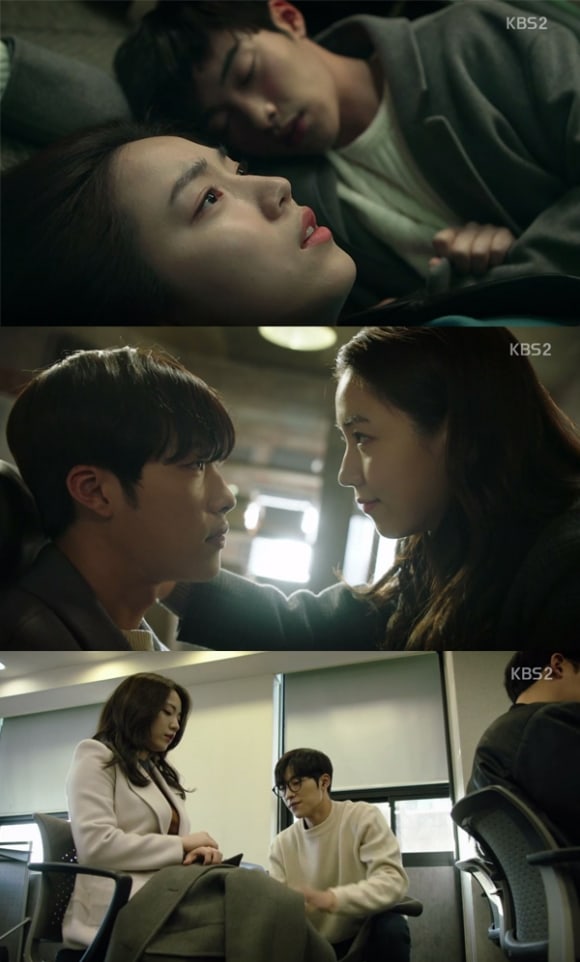