Each BTS member has a unique creative process, and Bang Si Hyuk plays an important part in it. 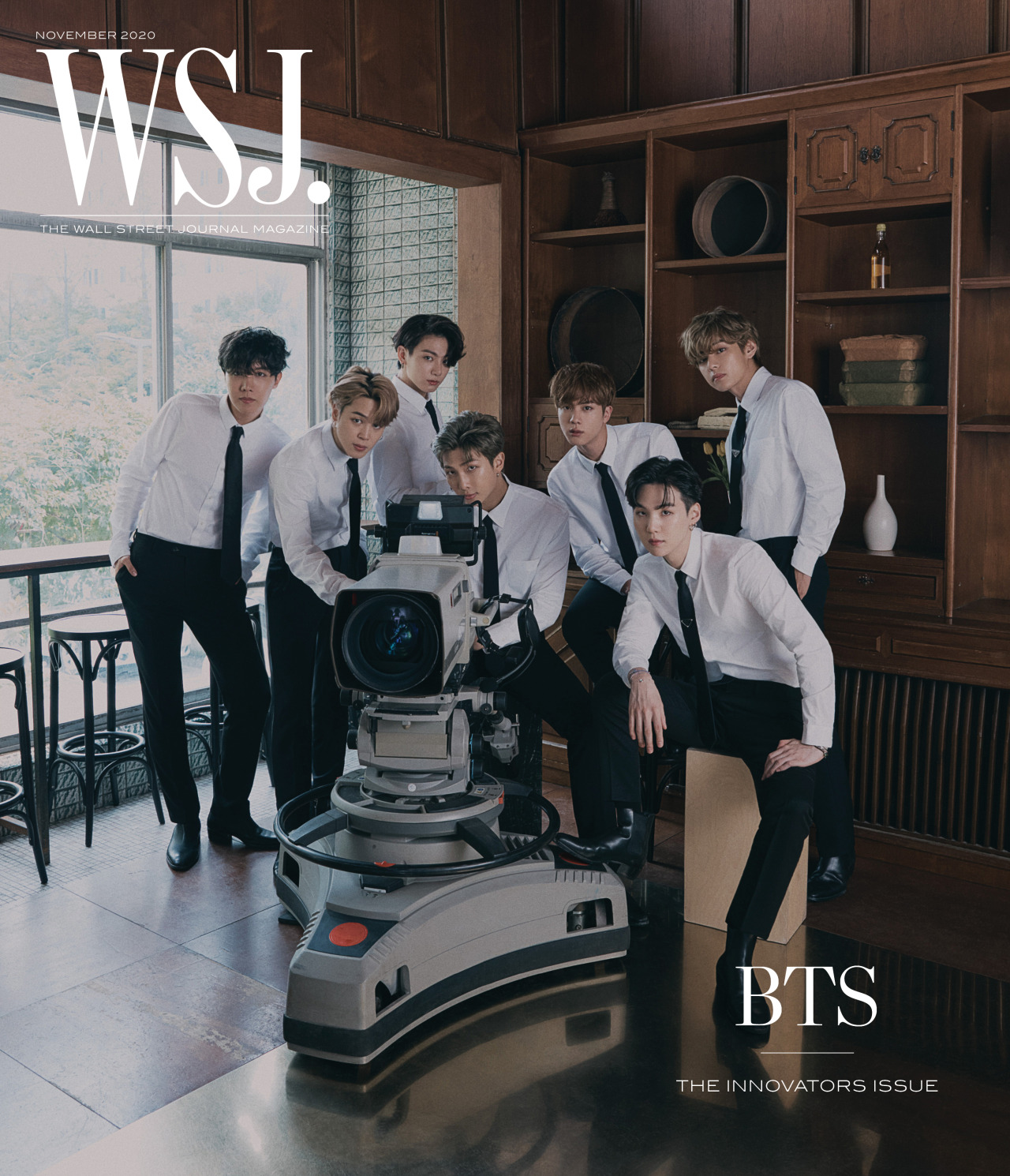 This month, BTS is gracing the cover of WSJ. Magazine‘s special November issue. This issue honors presenters chosen for eight categories (music, philanthropy, pop culture, architecture, television, literature, art, and entertainment) for the magazine’s Innovator Awards. BTS were selected as presenters for the music category in honor of their historic achievements.

During an in-person interview with WSJ. Magazine, BTS talked about their songwriting process. When V was working on his solo “Stigma” for the WINGS album, he received a phone call from Big Hit Entertainment‘s founder Bang Si Hyuk, also known as producer “Hitman” Bang. 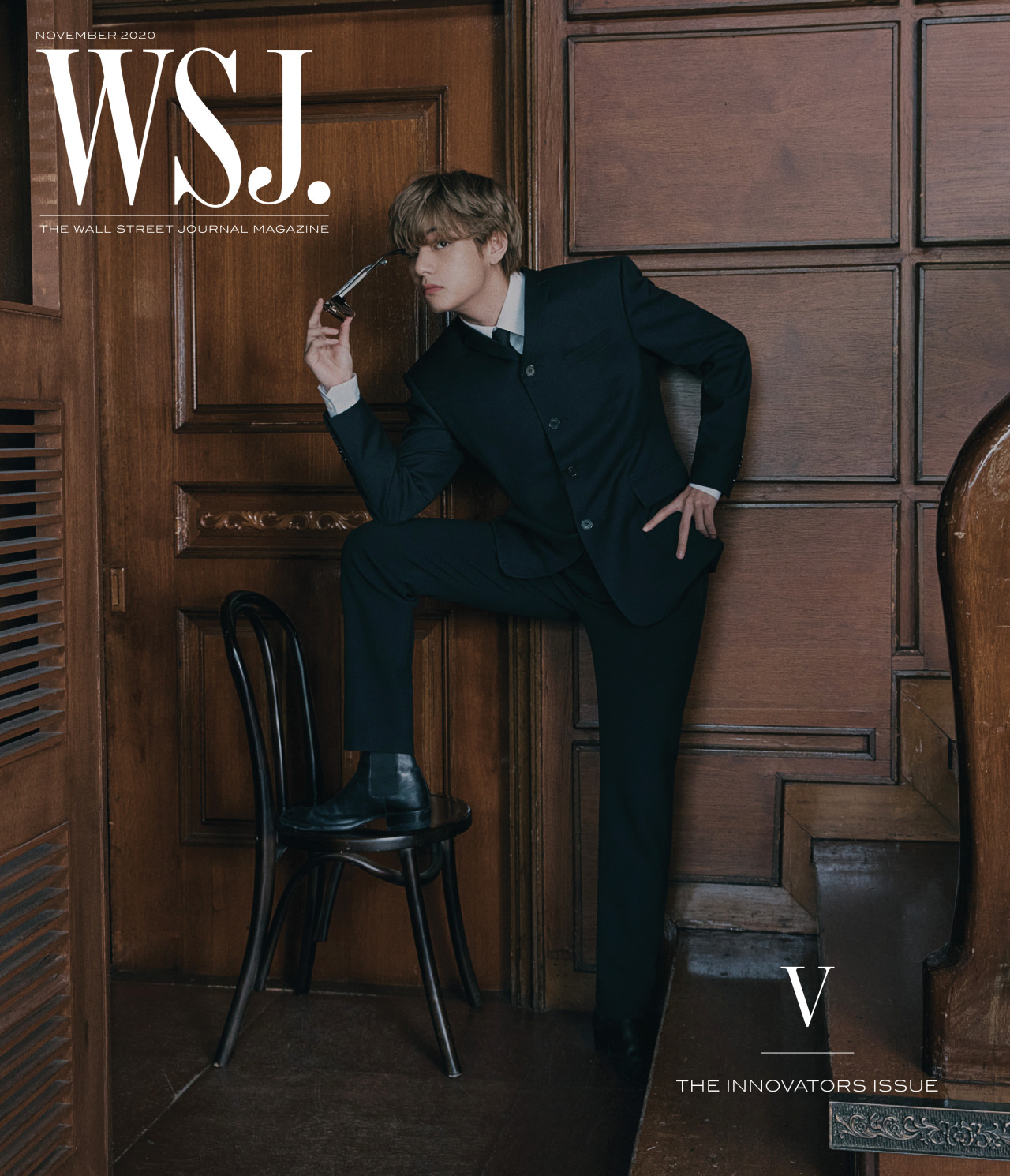 “Stigma” is a heartwrenching song about pain, regret, and redemption, but it could have been much darker than it is. Bang Si Hyuk asked V if he could tone it down.

Upon hearing this in the interview, Suga said, “How come he never says things like that to me?”
“Because that’s (your) personality,” RM replied. Suga isn’t one to shy away from tough topics, both in his songs for BTS and his solo music as AGUST D. 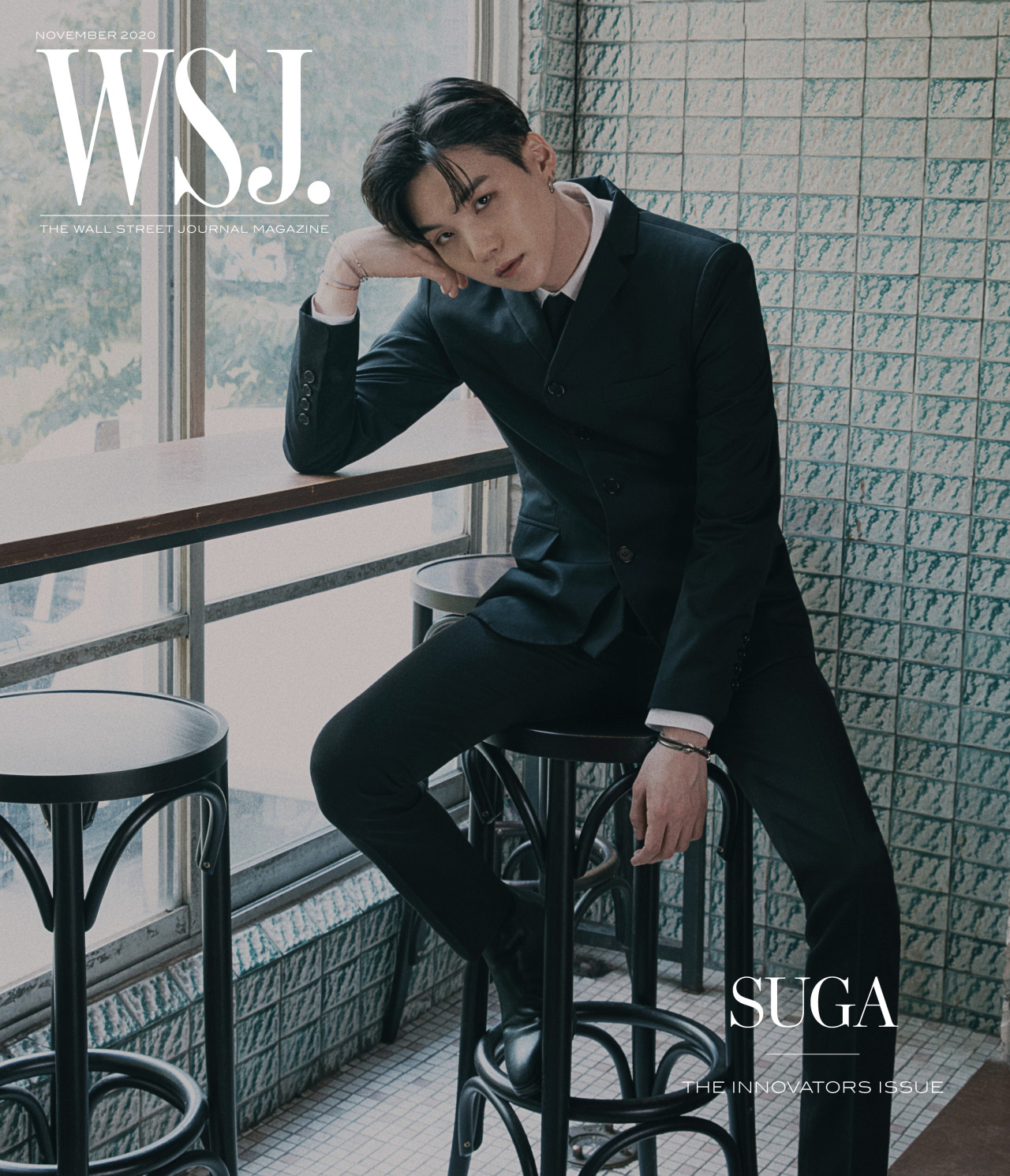 “I’m the type that speaks out first, and then thinks about it,” Suga explained.