EXO’s Xiumin has come so far in terms of variety programs since his debut years!

On May 29, EXO-CBX held a press conference for their currently airing “Travel the World on EXO’s Ladder.” While discussing the show, Xiumin commented on how he felt about appearing on more reality programs.

“Truthfully, I’m the kind of person who doesn’t suit variety shows,” he shared. “While working on this reality show, I was grateful that they edited my ‘no-fun’ self in an entertaining way. I also think that I match well with reality programs. Through this show, I thought that I should find and film more reality-type variety shows.”

The EXO member also revealed what he thought was the biggest difference between filming a reality show with EXO members and filming MBC’s “It’s Dangerous Beyond the Blankets.” As a regular member of the show, he recently appeared on the show with actor Kim Min Suk, speed skater Kim Min Seok, WINNER’s Song Mino, and rapper Loco. 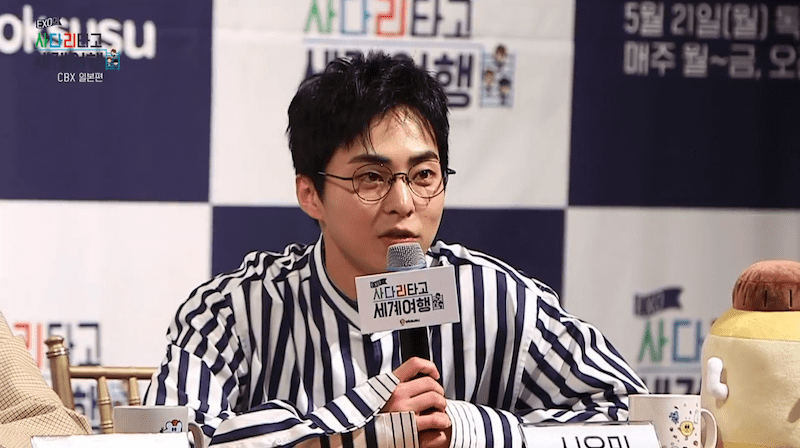 Xiumin explained, “A big difference would definitely be… I think the way I trust and follow [Baekhyun and Chen]’s lead while filming is different. That’s because they know me better and they lead me well. They take care of me, as their hyung, well. Also, as for the ‘It’s Dangerous Beyond the Blankets’ members, we were all properly meeting each other for the first time, so we were all awkward. I felt this responsibility, that I should help lead them. I think that was the difference.” He added that he thought the purposes of the two programs were really similar.

EXO-CBX’s reality show will continue to air through oksusu every weekday. The unit will also be holding their last concerts of their first arena tour, “EXO-CBX MAGICAL CIRCUS TOUR 2018” on June 7-8 in Osaka.