JYP Entertainment trainee Shin Ryu Jin is stealing the hearts of the viewers and judges on JTBC’s “MIXNINE.”

On the December 31 broadcast of the idol survival show, the results of the formation battle and the contestants’ rankings were revealed. “Finding Really Team” who performed WINNER’s “Really Really” returned to the stage to hear the results of their performance.

YG’s Yang Hyun Suk said to Shin Ryu Jin, “I can’t forget the first time I saw you at JYP [Entertainment]. I think you clearly showed your charms then. You’re skilled at taking 100 percent advantage of the opportunity that comes your way.” He then shocked the contestants when he said, “It’s a shame that you’re at JYP. I want to steal you away.” 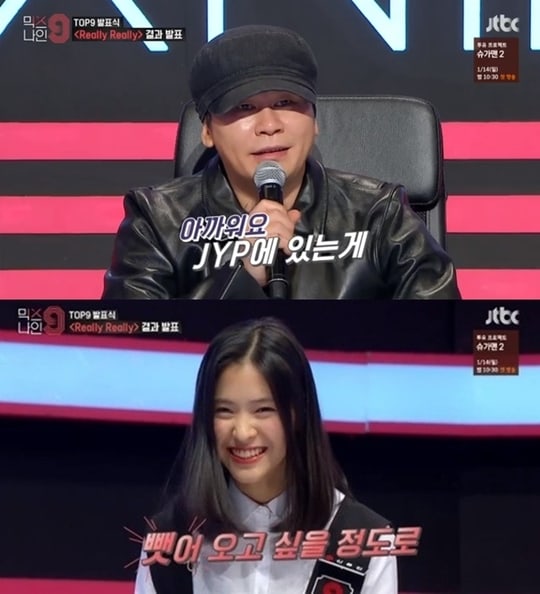 The results showed Shin Ryu Jin in first place not only amongst the female contestants, but out of all of the contestants with a total of 90,758 points. She beat male trainee Woo Jin Young and became the first female contestant to beat out a male contestant for the overall No. 1 ranking, securing herself as a spot on the debut team. 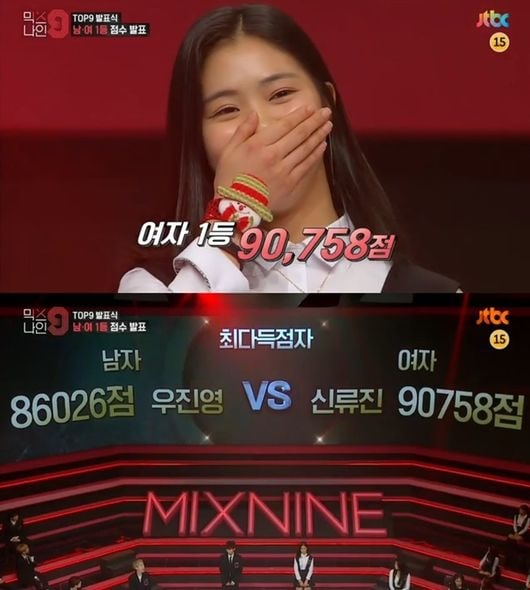