On the April 2 broadcast of SBS’s “K-Pop Star 6,” Yang Hyun Suk brought his pet chicken to the shoot.

This is in keeping with a promise he made when Park Jin Young showed his puppy on the show for the JYP Week with the top 4 contestants. At the time, Yang Hyun Suk had promised that he would bring his pet chicken for the YG Week. He said, “My daughter hatched the pet chicken. We’re raising it at home. People say chickens cry in the morning but this one cries 24 hours a day.”

He then said, “I’m probably the first person ever to bring their pet chicken on a show.”

The chicken was popular among the contestants, who all wanted to try holding it. Surprisingly and fortunately, the pet chicken was as tame as ever. 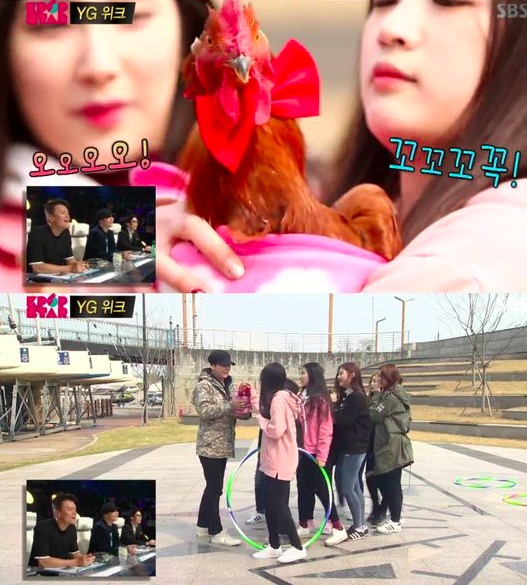 Do you know of any other celebrities who have interesting or unusual pets? Share them with us!