New cast members Yang Se Chan and Jun So Min made their first appearance as “Running Mates” on the latest episode of “Running Man.”

During the April 16 episode, the main cast welcomed the two new members and introduced them to the viewers. 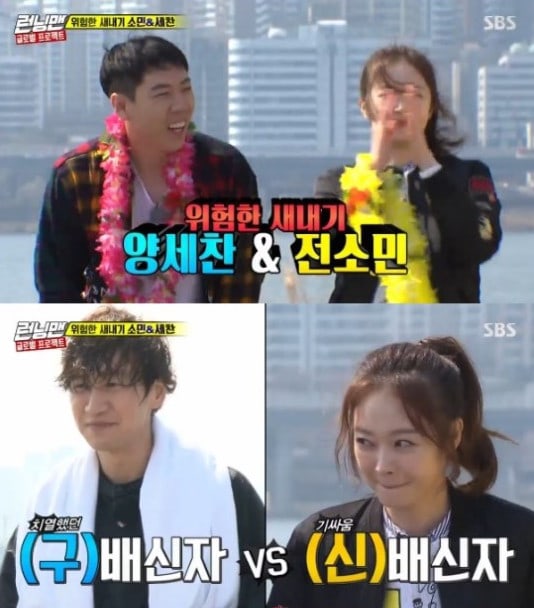 While talking about Yang Se Chan, the main cast members agreed that he had harmonized well with them every time he had appeared on the show. It was then revealed that Kim Jong Kook had personally recommended him to the show’s production staff.

“I really liked Yang Se Chan so I used all the strength I got from working out [just to recruit him],” Kim Jong Kook revealed. 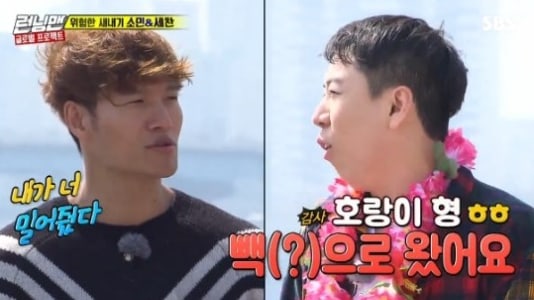 “That’s why [Yang Se Chan] was about to not make it onto the show,” Ji Suk Jin joked.

You can check out how Yang Se Chan and Jun So Min did on their first day as “Running Mates”!