Yang Se Jong and Shin Hye Sun’s romance has grown even sweeter in “30 but 17.”

In the released photos for the upcoming episode, Woo Seo Ri (Shin Hye Sun) sleeps into the night with Gong Woo Jin (Yang Se Jong) by her side. He watches her sleeping with a warm gaze as he holds her hand. As he leaves, he quietly and sweetly gives her a light kiss on the forehead. 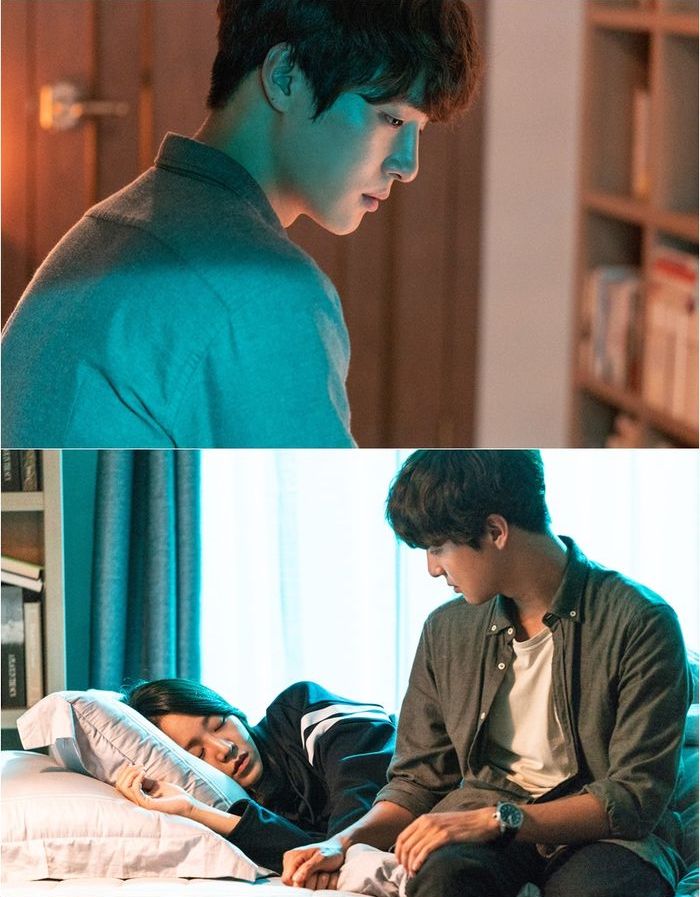 Previously, Woo Seo Ri was reunited with her high school friend Kim Hyung Tae (played by Yoon Sun Woo) and received the shocking news of her best friend Noh Soo Mi’s death. Gong Woo Jin, on the other hand, shed tears when he found out that his first love from 13 years ago was not Noh Soo Mi, but in fact Woo Seo Ri.