As the year comes to a close, we look back and realize that we were blessed with some of the most memorable K-dramas that made our hearts either break or flutter. Aside from a well-written script, gripping plot, great acting, and palpable chemistry between the leads, another element in the making of K-dramas is one that is just as important: the costumes. It brings each character to life, sets the time period, and not to mention, they add an irresistible charm to the leads. Here are some of 2017’s best-dressed drama characters:

Shim Cheong of “The Legend of the Blue Sea“

While this drama technically started at the end of 2016, but it ended in January 2017 so it still made our list. And rightfully so! Jun Ji Hyun is the unbeatable fashion queen of dramas, as she’s able to pull off haute couture looks straight off designer runways. Her character as a mermaid may be naive and clueless about the world above sea, but her impeccable and updated sense of style says otherwise. Even when she’s supposedly shopped her outfits from the trashbin, with her incredible beauty and confidence, she still looks like a million bucks! 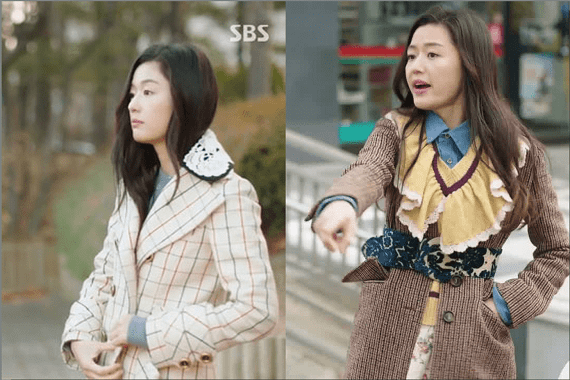 Catch the first episode of “The Legend of the Blue Sea”:

Moo Ra of “Bride of the Water God“

A strong contender for Shim Cheong is definitely Moo Ra, played by f(x)’s Krystal. Befitting her role as a goddess disguised as a top actress in the real world, she stole every scene with her ultra-glamorous looks complete with covetable accessories, perfect hair, and fierce makeup.

Catch the first episode of “Bride of the Water God”:

Another stylish celebrity role, Jin Jin (played by Han Ye Seul) is glamorous in every way, whether on-cam or in her off-duty days. Her looks are a combination of high street styles and designer outfits, which aren’t too over-the-top and still make her seem approachable. As a celebrity, everyone sees her as someone who’s had several scandals with men, but in fact, she’s been boyfriend-less since birth! 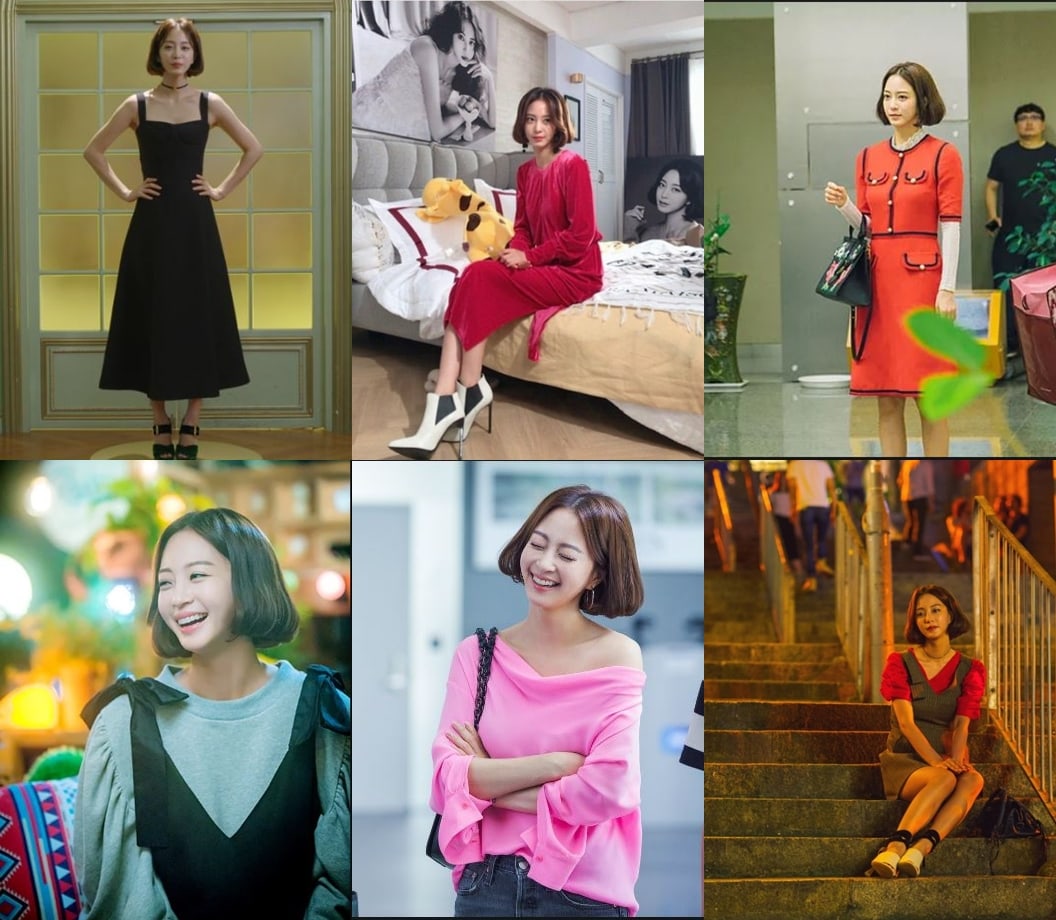 Catch the first episode of “20th Century Boy and Girl”:

Woo Ah Jin (Kim Hee Sun) is a wife of a chaebol who lives a luxurious life, which is no wonder why all of her outfits scream rich madame. She has worn all the looks: furs, Chanel-esque matching suits, and classic black outfits. Also equally fashionable is Kim Sun Ah, who played the role of Park Bok Ja, a mysterious woman who suddenly appears in Ah Jin’s life. 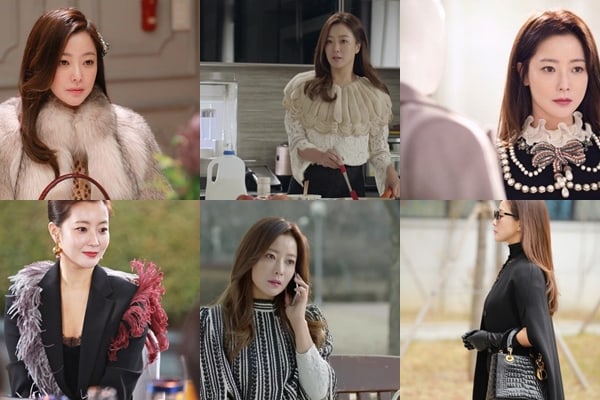 Song Ma Rin of “Tomorrow With You“

In this time traveling drama, Song Ma Rin (Shin Min Ah) redefined basics with her daily outfits which consisted of jeans and pops of colors. Her character as a photographer is adorable and down-to-earth, plus she’s effortlessly stylish!

Catch the first episode of “Tomorrow With You”:

Hyun Soo of “Degree of Love“

This year’s surprise hit, “Degree of Love,” is not your typical overly dramatic series, but its charm comes from its relatable characters, compatible leads, and a romantic storyline that takes time in developing characters. Hyun Soo (Seo Hyun Jin) is the love of Jung Sun (Yang Se Jong)’s life, but their careers, family problems, and dreams get in the way of their relationship. Here, Hyun Soo wears simple yet chic outfits that anyone can take daily fashion inspo from.

Catch the first episode of “Degree of Love”:

Just like “The Legend of the Blue Sea,” “Goblin” is a 2016-2017 drama that became a national sensation because of its unique plot, witty dialogues, and star-studded cast. Kim Sun (Yoo In Na) who’s a queen in her previous life, is a no-nonsense, straightforward woman who wears lovely coats and stunning winter outfits. 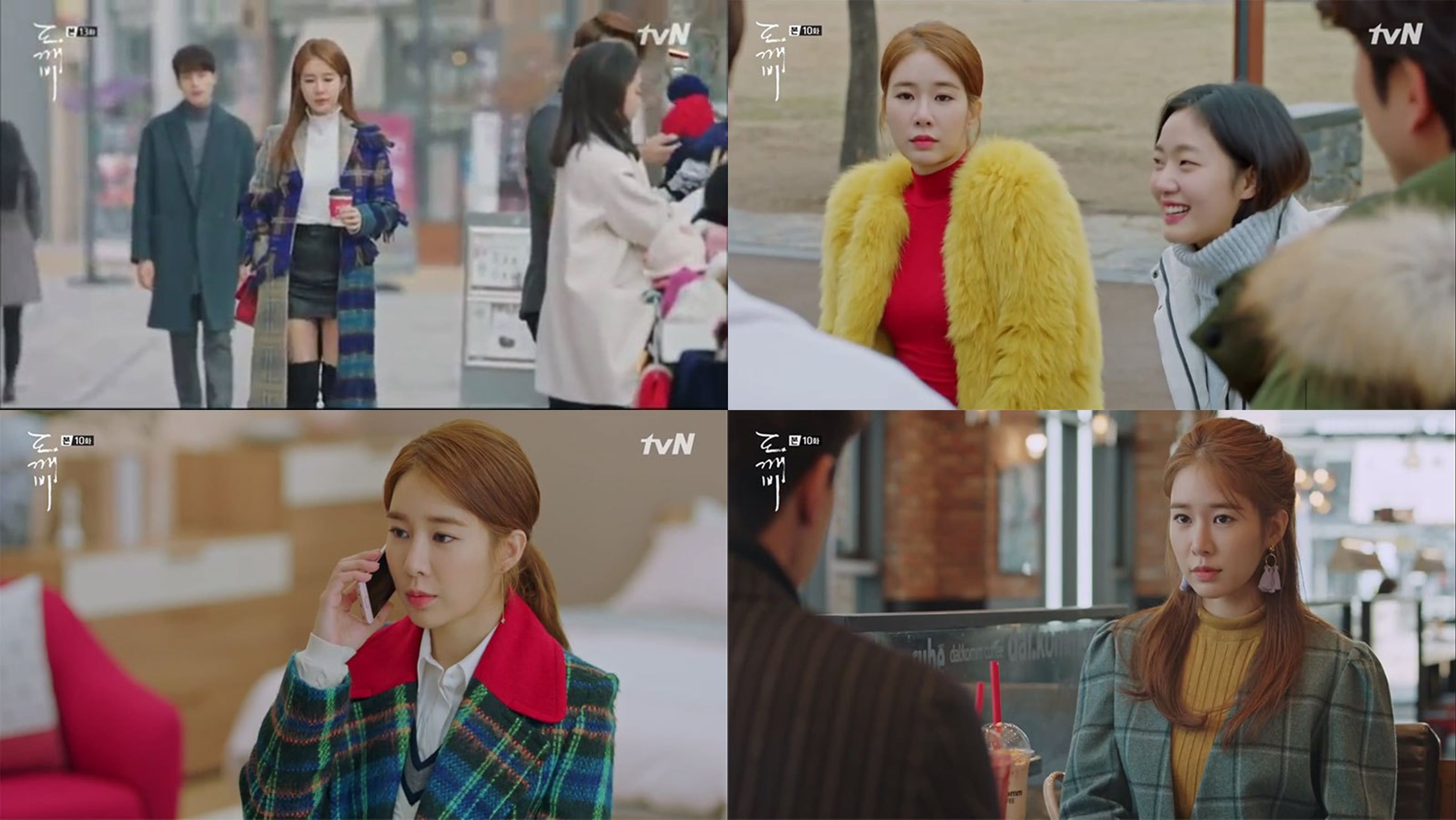 The unbeatable duo, Kim Shin (Gong Yoo) and Wang Yeo/Grim Reaper (Lee Dong Wook), claims the top spot of the most sleek male leads in a drama; not only for their amazing outfits, which made both of them look dashing, but also for their contrasting style coordination which defined their personalities. Kim Shin usually wore a variety of colors while the Grim Reaper (obviously) stuck to his signature dark and black looks whether he was at home or on his dead-supervising duty. 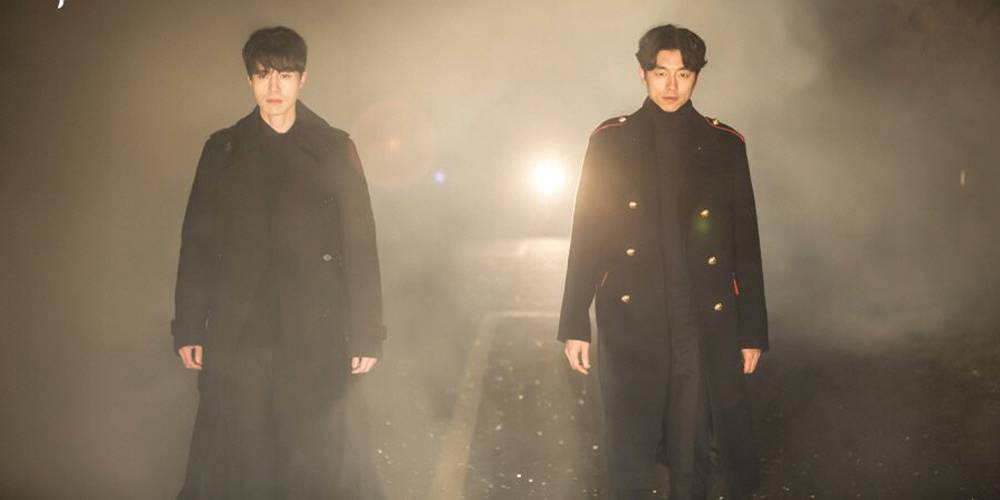 Catch the first episode of “Goblin”:

Park Hae Jin (Kim Seol Woo) claims his rightful leading man status as an NIS black cops agent who goes undercover as a bodyguard to protect an aging male celebrity who has a diva attitude. Lots of action and laughs were delivered by “Man to Man,” and of course, Seol Woo’s tailored suits could rival those of the leads in the iconic Hollywood movie, “Men In Black.” 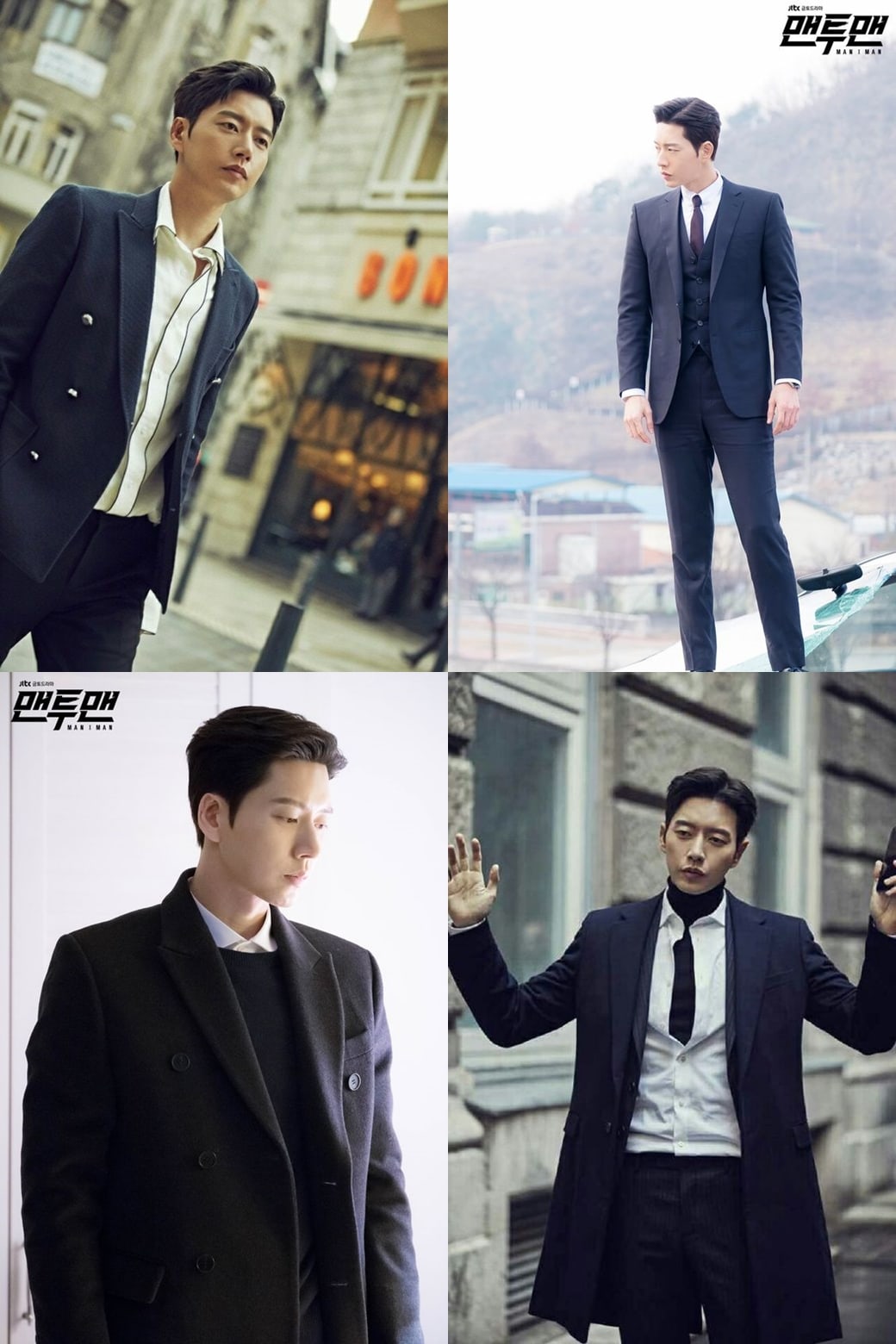 Jae Chan of “While You Were Sleeping“

Jae Chan (Lee Jong Suk) isn’t your typical rookie prosecutor. He’s passionate about his job and makes drab-looking suits look fab! It’s Lee Jong Suk we’re talking about here, and for sure he can pull anything off with his model stance and infectious smile.

Dashing Kim Rae Won is here to finish off 2017 with a bang in his exciting new drama, “Black Knight.” As a wealthy man who practically owns one big castle in Europe, Soo Ho is a modern prince personified in handsome looks. 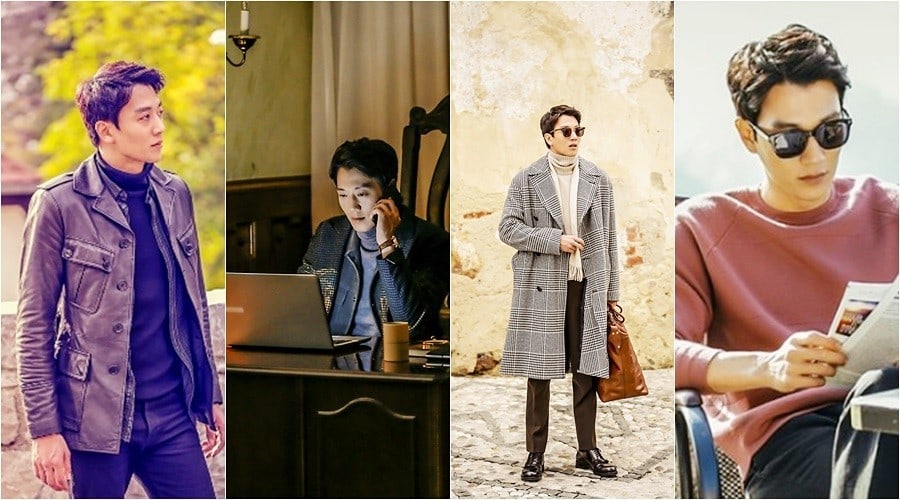 Set back and forth between the future and the 1930’s, “Chicago Typewriter” served up some really defining looks from the Japanese occupation era. There’s lots of suspenders, newsboy caps, flapper dresses, and dapper suits worn by its multi-talented cast that included Im Soo Jung, Yoo Ah In, and Go Kyung Pyo. 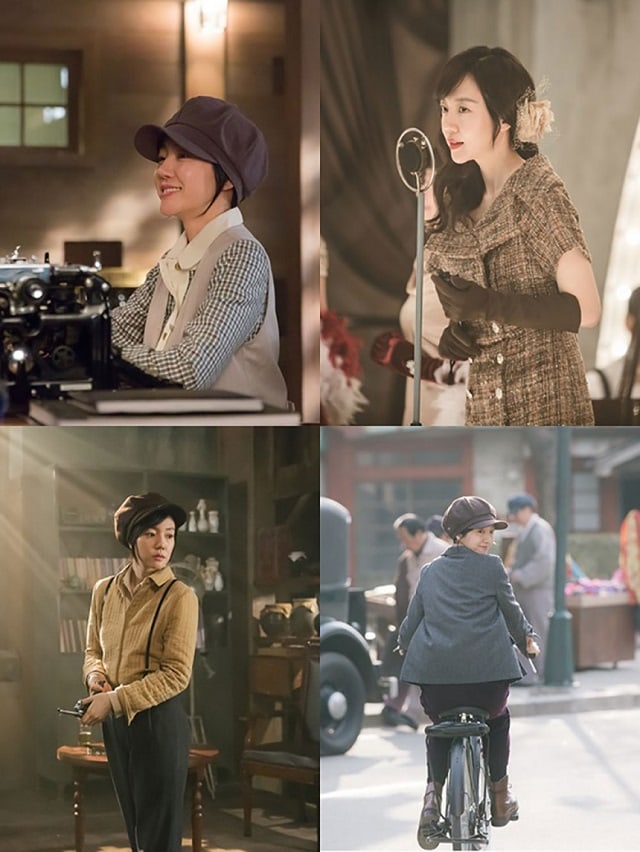 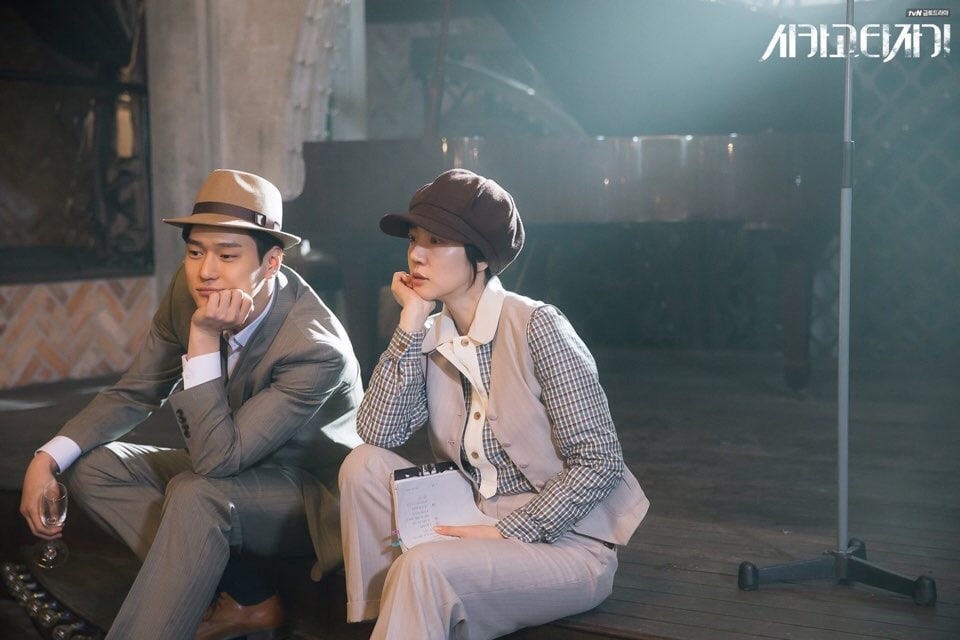 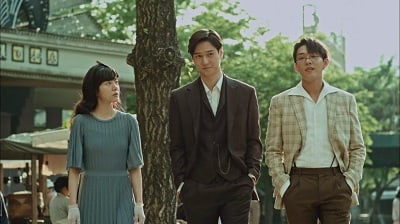 Loose faded jeans, lots of plaid, hair spray, oversized T-shirts and bandanas — these are some bygone items you probably wanted to stay in the ’90s. But these were cool back then in “The Best Hit,” starring Yoon Shi Yoon and Cha Tae Hyun, a story about idol culture and the challenges experienced by the youth. It’s an unforgettable drama that brought back all the good times in an era that’s filled with grunge fashion and music. 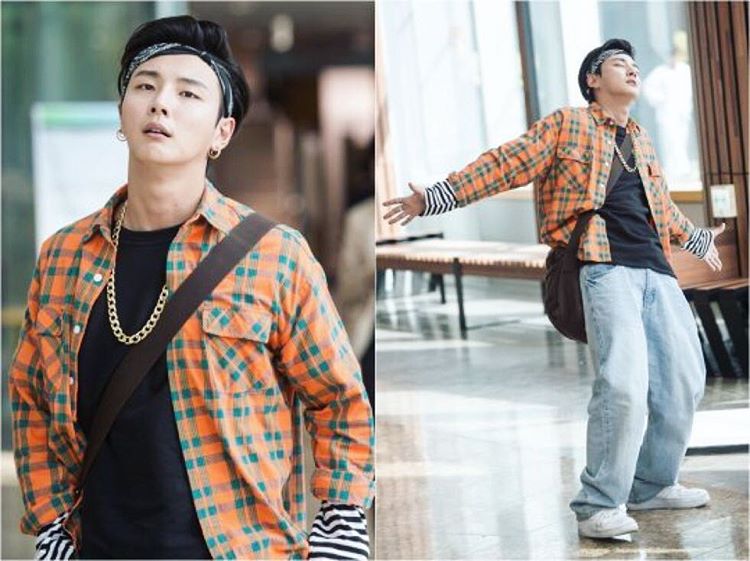 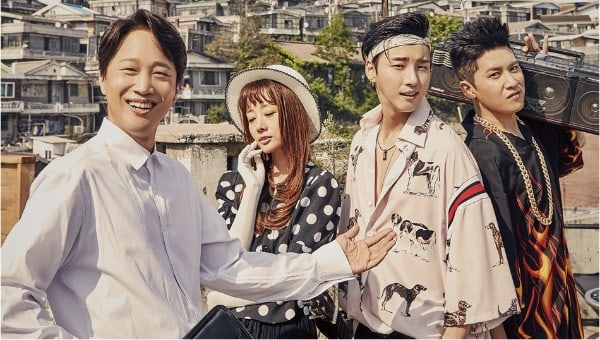 It’s a tumultuous time in Korea, but Girls’ Generation 1979 was able to tell the story of two teens, played by Cosmic Girls’ Bona and Chae Seo Jin, and their growth as they mature into young women who both fall in love for the first time. The outfits were fun, colorful, and reminiscent of the revolutionary ’70s. 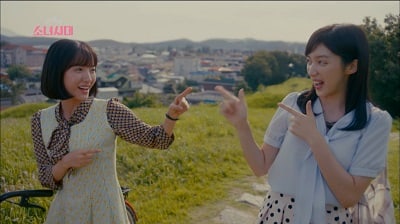 Another drama that is set in the late ’90s, “Go Back Couple” is literally about a jaded married couple (Jang Nara and Son Ho Jun) who goes 20 years back in time during their college years only to be reminded of why they fell in love with each other in the first place. Jang Nara’s fashion as a university student in her 20’s consisted of bright colors, feminine pieces, prints, and trendy items like jean jackets, hoop earrings, and berets. Son Ho Jun, on the other hand, wore outfits similar to the guys of “The Big Hit”: loose jeans and a plaid polo over an over-sized shirt. 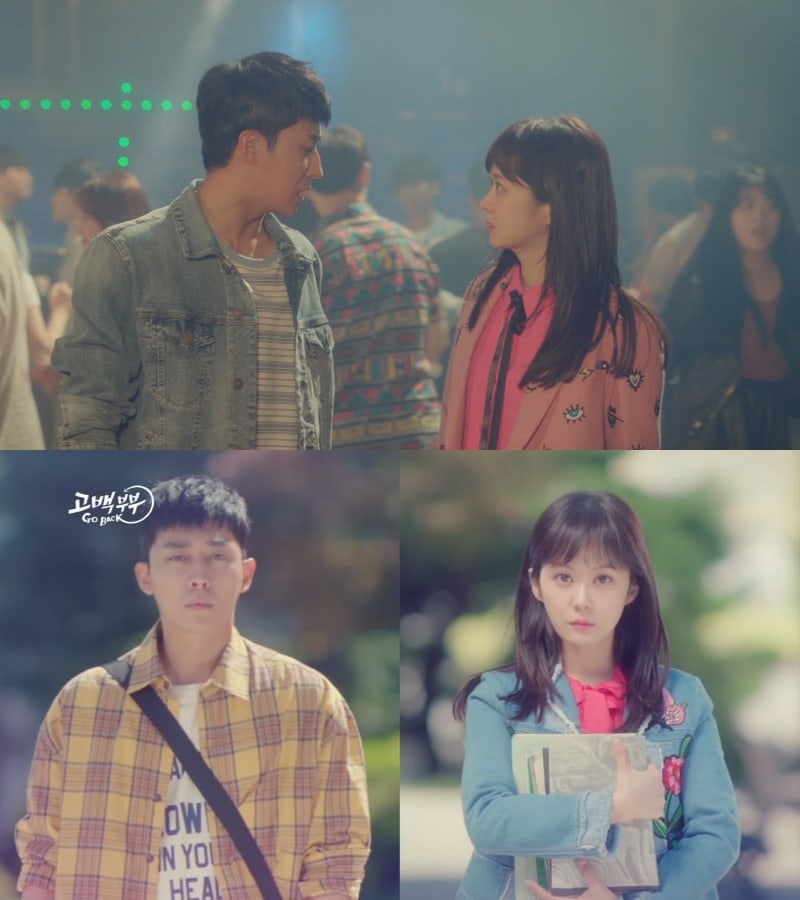 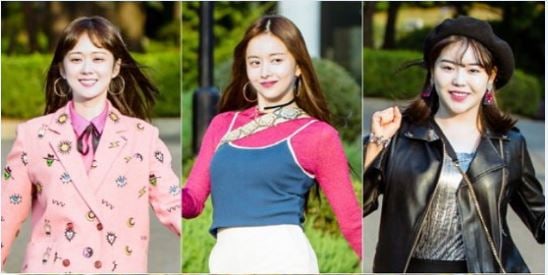 Speaking of period costumes, Oh Yeon Seo probably wore the most stunning and colorful hanboks in a drama. The details are really exquisite and the bright colors added to her cheerful and mischievous character. 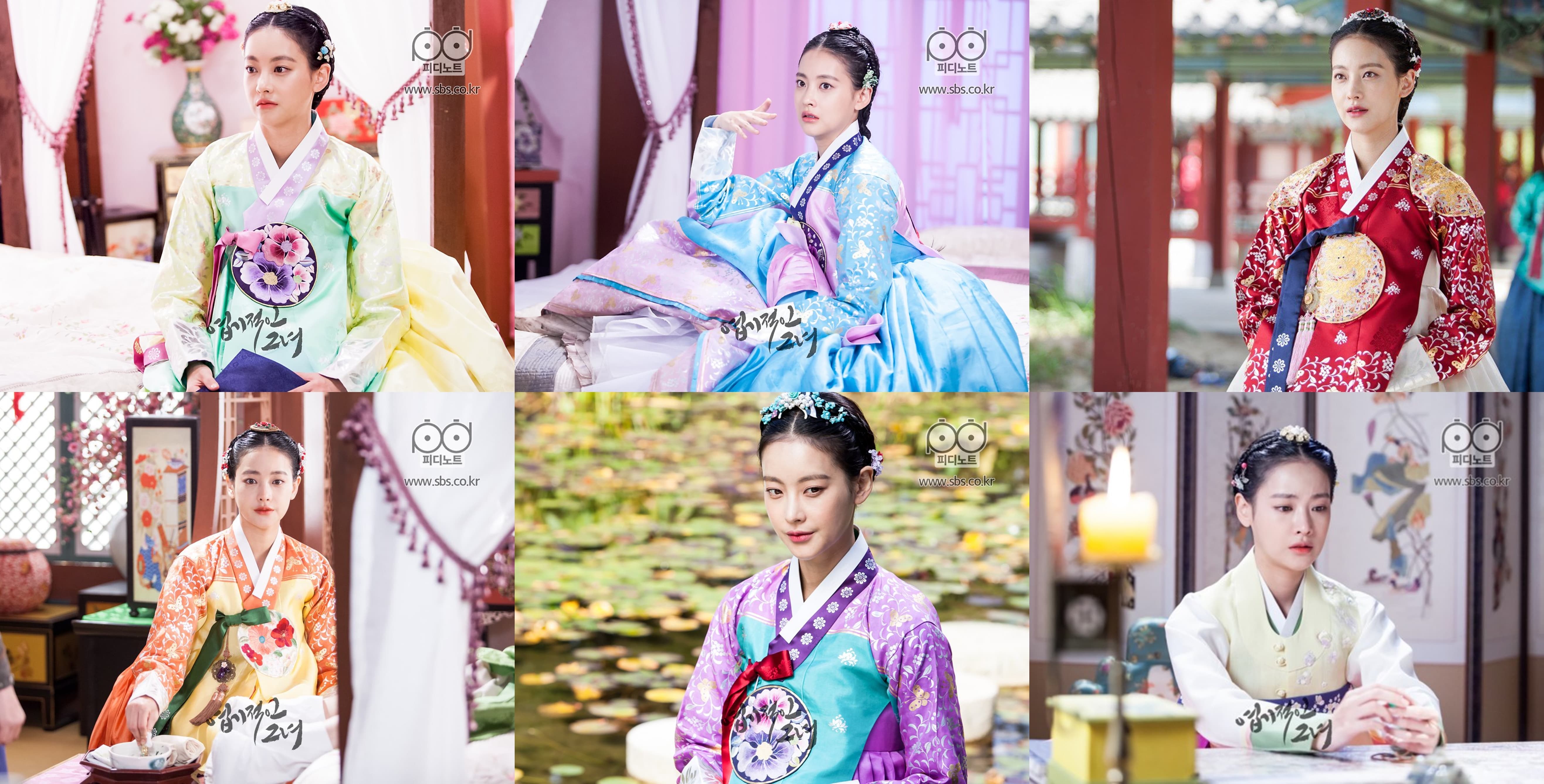 Catch the first episode of “My Sassy Girl”:

This list will not be complete without the queen who started the craze for Joseon Dynasty dramas like “Jewel in the Palace“: Lee Young Ae. In “Saimadng, Light’s Diary,” she looks regal and elegant in simple yet beautiful hanbok that brought her historical character as a poet and calligraphist to life.

Shin Chae Kyung (Park Min Young) falls for the crown prince in this drama, which tells the story of their hardship in keeping their love amidst power struggles in the palace. As a daughter of a powerful politician, Chae Kyung wore hanboks that were worn by the elite in that time.

Catch the first episode of “Queen For Seven Days”:

Kim Bok Joo (Lee Sung Kyung) and Jung Joon Hyung (Nam Joo Hyuk) gave us all the feels in their portrayal as a sweet and cuddly couple who did everything to pursue their passion in sports. They wore color coordinating and similar outfits that told the whole world of their love. Their chemistry was so explosive it even translated into real life (albeit briefly, unfortunately). They’re probably the cutest couple ever in K-dramaland!

Speaking of cute, Park Bo Young and Park Hyung Sik were another adorable couple whose outfits look great next to each other!

Catch the first episode of “Strong Woman Do Bong Soon”:

Ji Chang Wook and Nam Ji Hyun made an odd couple in this story about two lawyers who fall in love while on a hunt for a notorious killer. Their corporate looks were anything but boring! 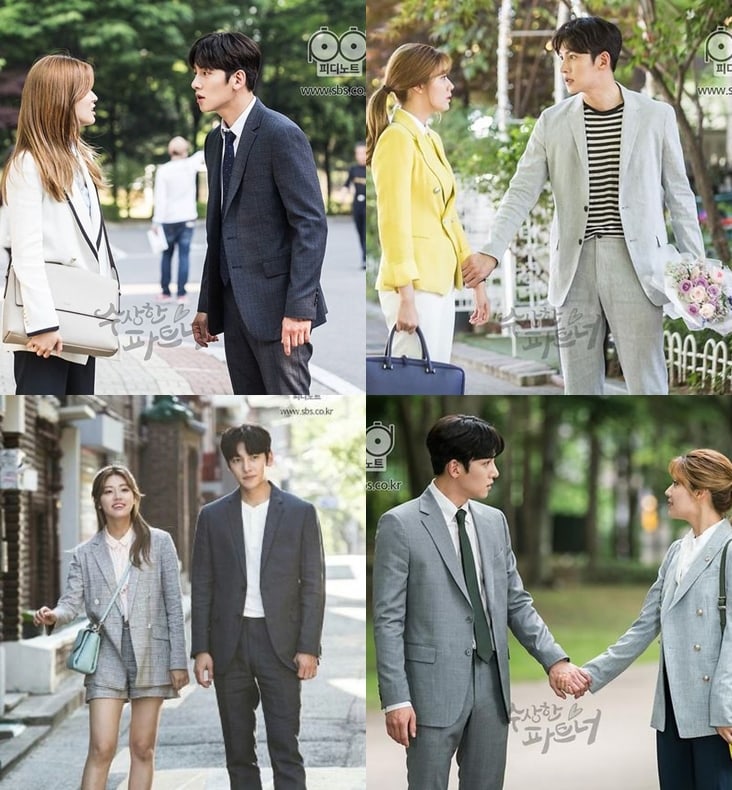 Hey Soompiers! There’s a lot more fashionable K-drama moments this year, that’s for sure, but we hope you enjoyed our picks. We’re looking forward to more trendsetting dramas in 2018!

Let us know in the comments below which stylish character is your favorite!