Trouble is brewing in tvN’s Monday-Tuesday drama “The Crowned Clown.”

“The Crowned Clown” tells the story of King Lee Heon (Yeon Jin Goo) as he trades places with his look-alike and clown Ha Seon (Yeo Jin Goo) to avoid being killed by those who wish to overthrow him.

The previous episode showed clown Ha Seon deciding that he wishes to become a permanent king. Though he is determined to take over the throne, Kim Ji Bong (Yoo Hyung Kwan) tells Shin Chi Soo (Kwon Hae Hyo) that there exists a crown who looks just like the king, alerting him to Ha Seon’s existence. This means life is about to get much more complicated and dangerous for him.

The new stills show that danger looming as Ha Seon not knowing what to do as he finds himself facing a wanted poster that has his face and description written on it. With him is the chief royal secretary Lee Gyu (Kim Sang Kyung), who is shocked but also has a look of grim determination on his face. The wanted poster is set to get the entire palace buzzing, and it still yet certain whether Ha Seon will be able to keep his identity a secret. 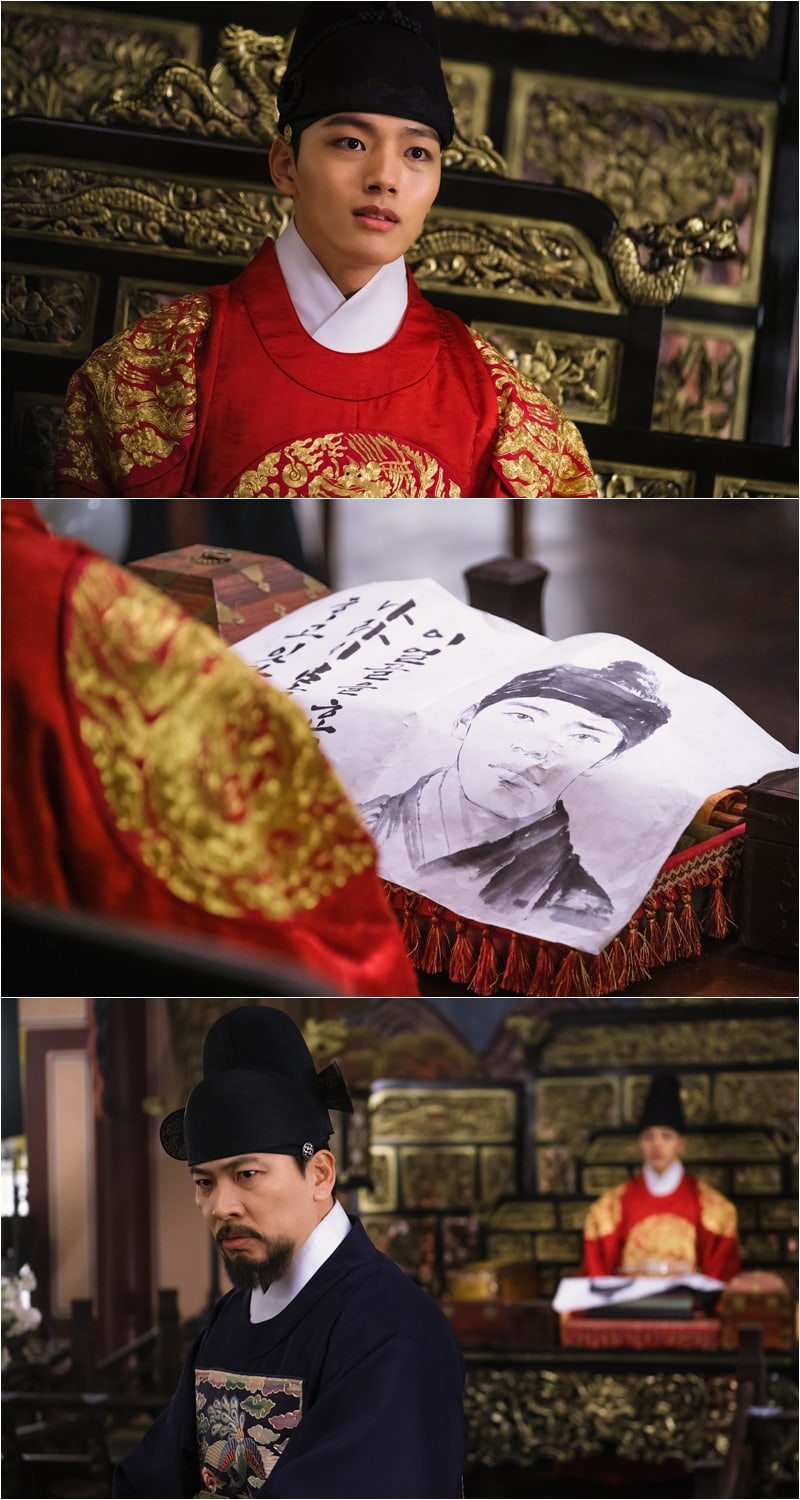 The production staff stated, “The upcoming episode will kick off the second half of the series. With Shin Chi Soo holding suspicions about the king, many dangers lay ahead for clown Ha Seon. The drama will be even more riveting, so please anticipate it.”

The next episode of “The Crowned Clown” will air on February 4 at 9:30 p.m. KST. Catch up with the latest episode below!