“The Crowned Clown” is an adaptation of the movie “Gwanghae” and tells the story of a ruthless young king and the clown who takes his place as his exact double in order to prevent assassination (both played by Yeo Jin Goo). While acting as his double, though, the clown falls in love with the king’s queen (Lee Se Young). 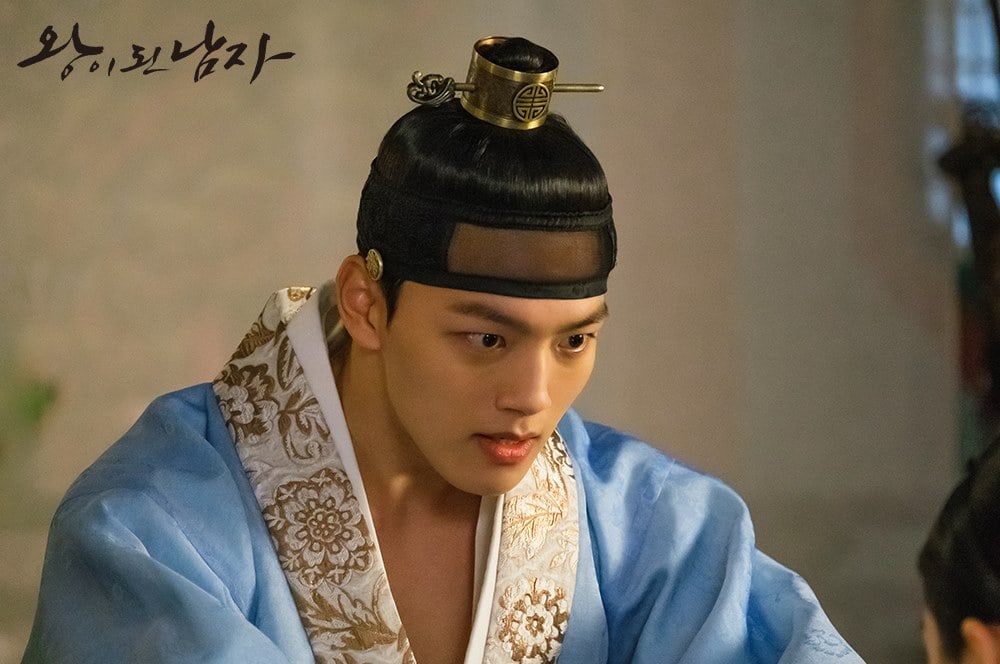 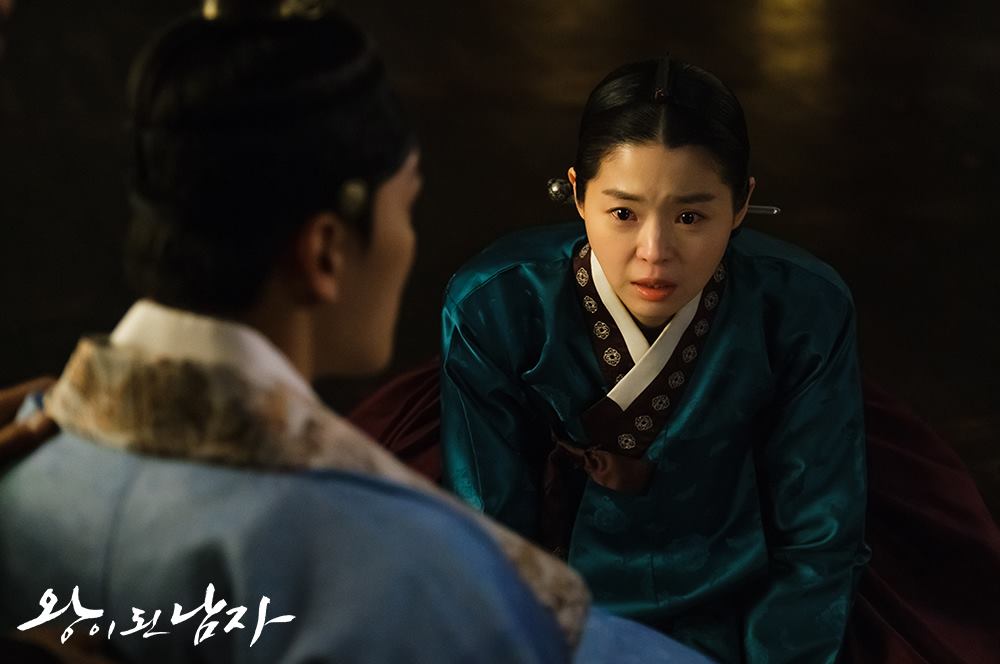 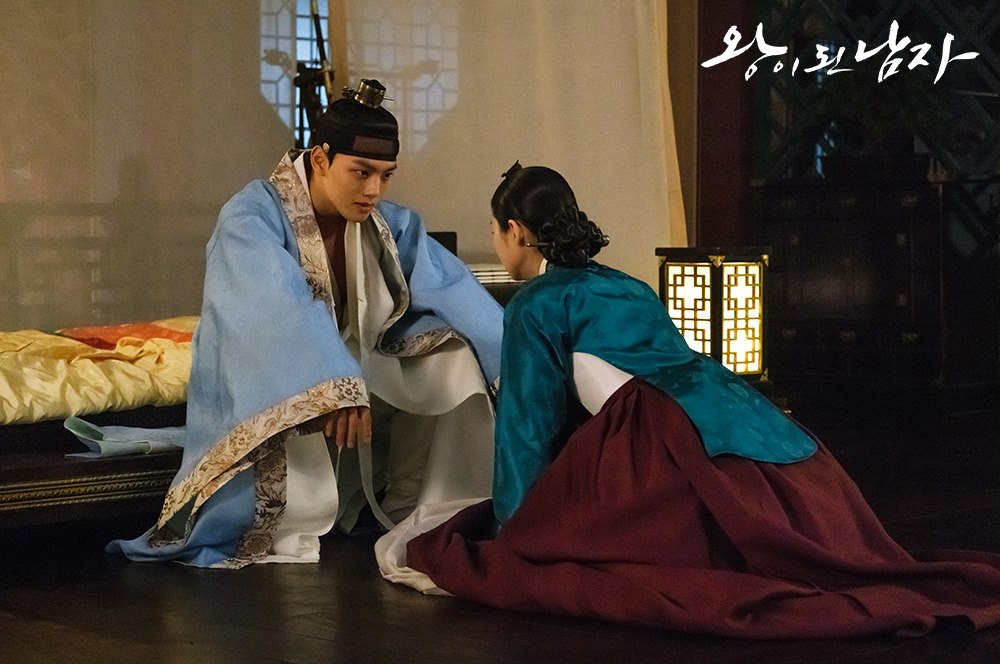 In the stills, Yeo Jin Goo is dressed in the clothing that a king or queen would wear in the royal bedchamber. Although he is sitting very casually, he stares intensely at the court lady (Min Ji Ah) in front of him and she looks terrified.

Yeo Jin Goo has been garnering a lot of praise for his double roles, acting completely differently as the clown and the king despite their physical similarities. He has also managed the difficult task of acting the part of someone who is pretending to be the other person that he portrays.

Watch the latest episode of “The Crowned Clown” on Viki: