Yeo Jin Goo has been capturing hearts for a while now with his incredible acting and charming good looks. But this year he’s taken his acting to the next level in tvN’s “The Crowned Clown,” which has given him the opportunity to play two characters at once: a mad king and the innocent, happy-go-lucky clown that must pose as the ruler. This dual role has allowed the young actor to showcase a huge range of emotions and dimensions for these complex characters, taking our breath away with his multi-faceted acting. From paranoid and creepy to sweet and charismatic, here are Yeo Jin Goo’s nine most impressive acting moments from “The Crowned Clown”!

Warning: spoilers for “The Crowned Clown” Episodes 1-10 below.

1. The king and the clown’s first meeting

Perhaps one of the most phenomenal moments comes right off the bat when King Lee Heon and Ha Seon the clown first meet at the end of Episode 1. As Yeo Jin Goo faces himself, he brings out a contrast between these two characters that is incredible — even chilling — to watch, as clown becomes king.

As King Lee Heon removes himself from the palace, he descends deeper and deeper into madness. And Yeo Jin Goo’s delirious swaying and ritualistic goop-smearing are downright eerie, yet absolutely fascinating to watch. We can’t look away! 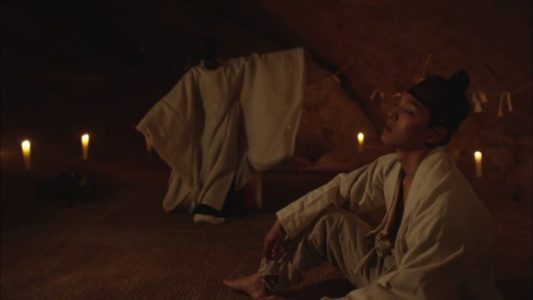 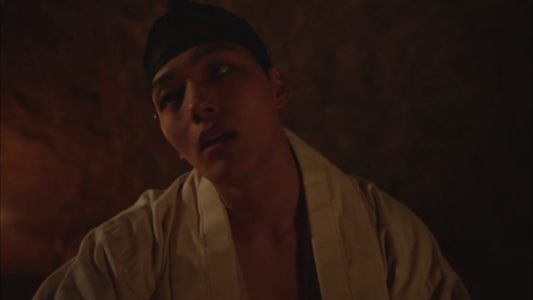 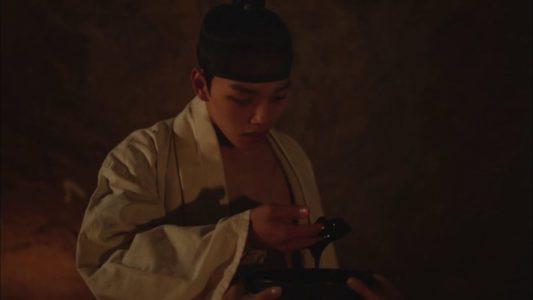 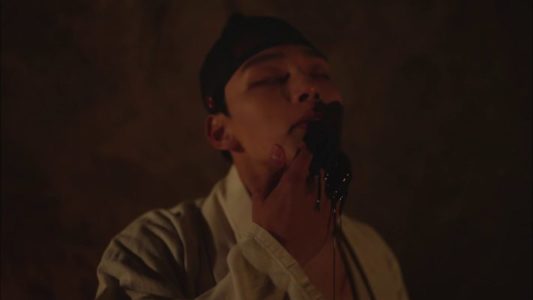 Ha Seon may be a clown, but he understands a lot more about what is right versus wrong than most people in the palace. And we love seeing him stand up for justice and morality:

The king’s loss of sanity peaks during this scene when Minister Lee Gyu (Kim Sang Kyung) pays him a visit, only to find Lee Heon sitting on the ground with blood pouring out of his ear. Paranoid that the younger brother he murdered is haunting him, Lee Heon’s mental instability is accented by Yeo Jin Goo’s masterfully unsettling vacant gaze.

Meanwhile, Yeo Jin Goo brings a very different vibe to Ha Seon, whose actions with the Queen (Lee Se Young) are downright adorable — especially when he is so surprised at the Queen kissing him that he gets a case of the hiccups!

In contrast, Yeo Jin Goo is absolutely terrifying when he is King Lee Heon, whether it be towards palace maids, consorts, officials, or any bystander who happens to rub him the wrong way. These scenes aren’t easy to watch, but it’s incredible how well Yeo Jin Goo can pull off being sweet and loving in some scenes and horrifyingly psycho in others.

But the King is not entirely a villain, and Yeo Jin Goo brings moments of clarity to the character in some scenes, offering us hints of a childlike, softer side beneath the madness and making us long for Lee Heon to recover his senses. 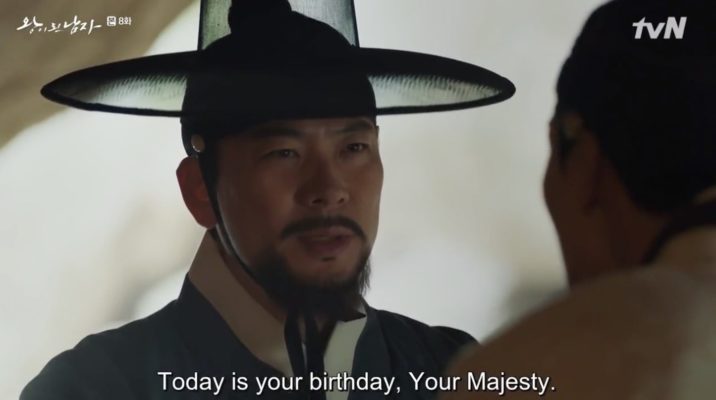 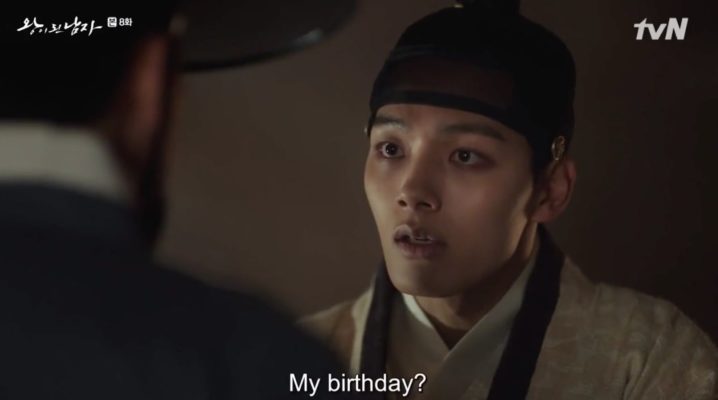 Unfortunately, Lee Heon’s most tender moments come right in his final hours. And when Minister Lee poisons the King, Lee Heon’s death scene is incredibly difficult to watch, but in a beautifully tragic way that tore deeply at our heartstrings. 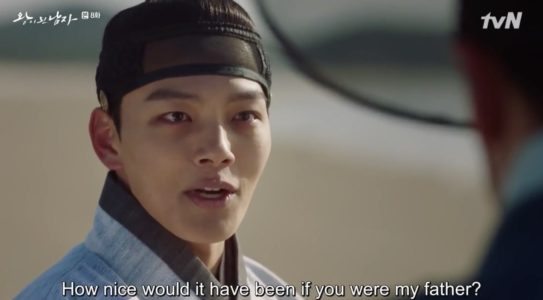 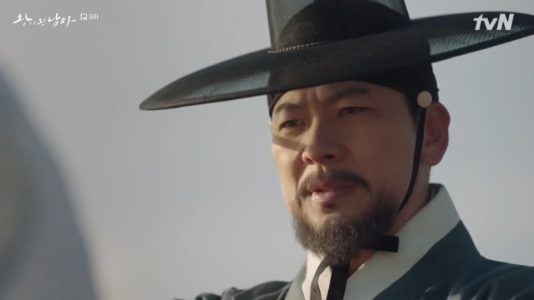 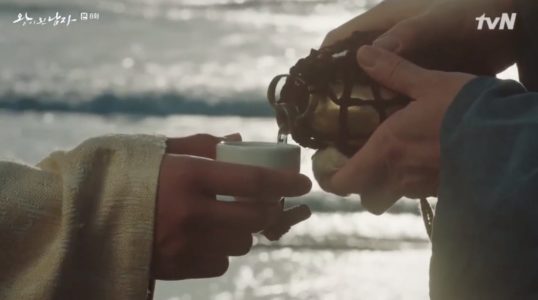 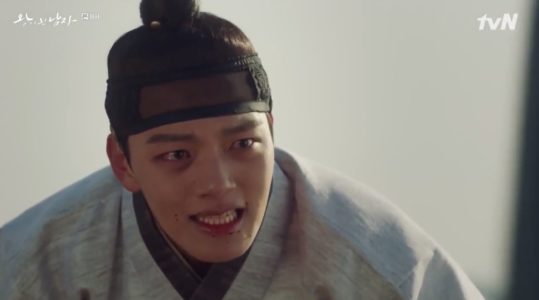 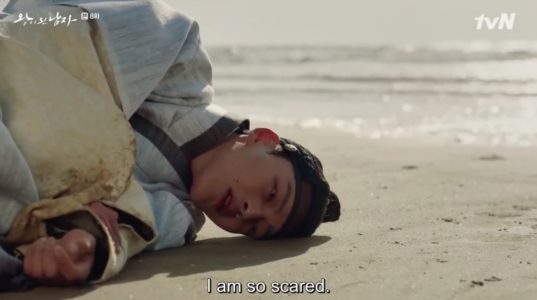 Unwilling to accept common men into their government, the court’s scholars tell Ha Seon that he will have to walk across their backs if he wants to allow a mathematically talented, yet low-class, man (Lee Gyu Han) into his court. And Ha Seon responds with the poise of a man who is beginning to grow into his role as the new king: no longer a clown, Ha Seon shows us the determination and strength that he has gained during his time in the palace, with character growth that Yeo Jin Goo has compellingly finessed.

Between the King’s tragic arc and the clown’s inspiring growth, “The Crowned Clown” has been a breathtaking journey so far. But it’s not over yet, and we can’t wait to see how Yeo Jin Goo continues to bring Ha Seon to life in the episodes to come!

Hey Soompiers, are you loving Yeo Jin Goo in “The Crowned Clown”? What are your favorite moments from the drama so far? Let us know in the comments!