In a recent interview and pictorial for Marie Claire magazine, Yeon Woo Jin opened up about his goals as an actor.

Yeon Woo Jin is currently starring in OCN’s new “medical exorcism drama” “Priest,” which tells the story of an exorcist joining forces with a doctor to protect people from supernatural phenomena occurring at a hospital.

While talking about his new role as an exorcist, Yeon Woo Jin shared that he wanted to continuously evolve as an actor. He remarked, “When I look back at my acting projects from the past year, I think I made a lot of effort to change.”

He also spoke fondly of his experience filming his various projects. “Honestly,” he said, “I think it’s truly a matter of fate that you wind up in a certain drama or film and working together with people because of it.” 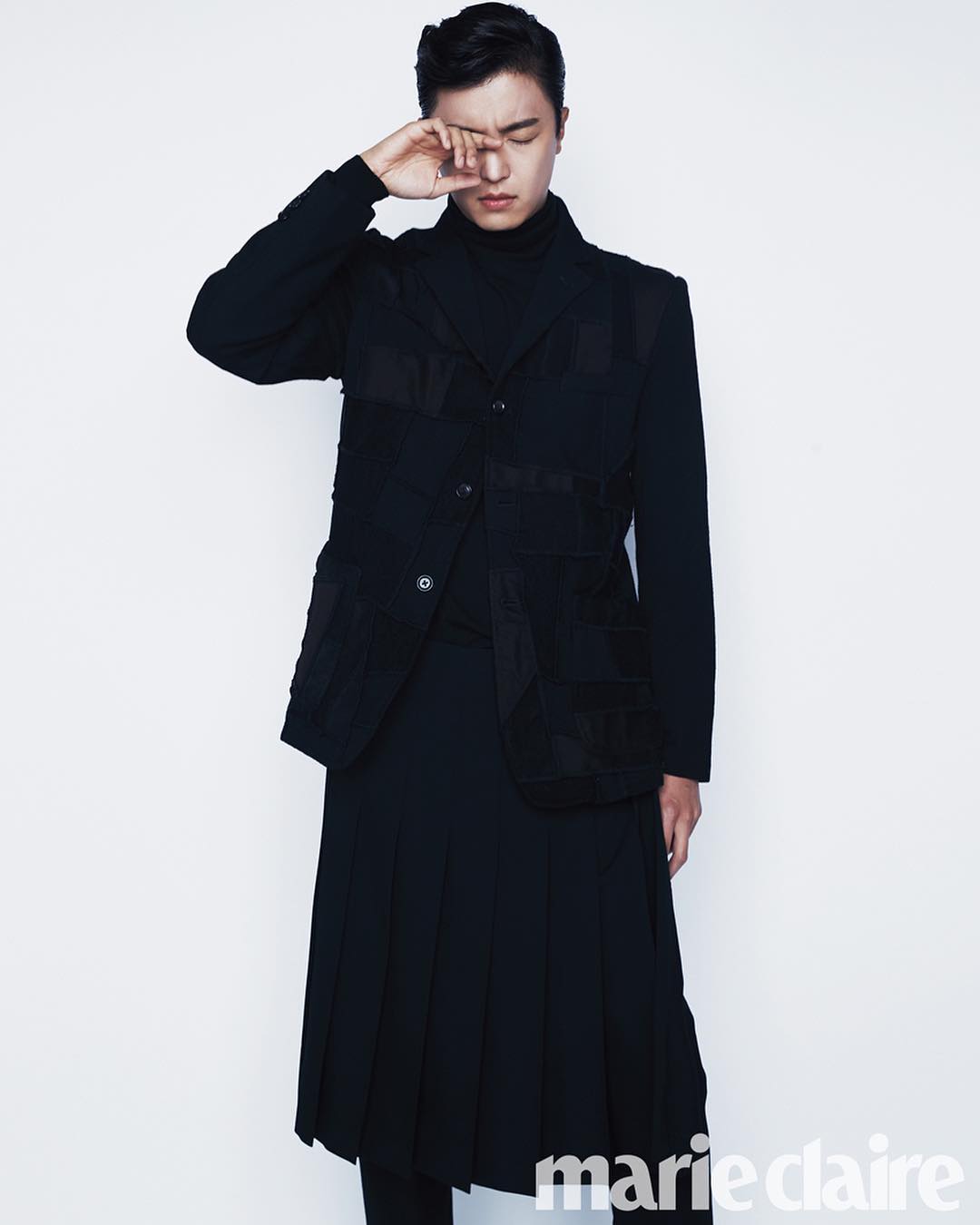 Yeon Woo Jin revealed that he hoped to continue taking on new challenges, explaining, “I want to keep coming to new realizations with every moment.”

He added thoughtfully, “Rather than swim perfectly using my own distinctive technique, my goal is to take things slow.” What kind of role would you like to see Yeon Woo Jin take on next? Leave your thoughts below!