It looks like Yesung is just as excited as ELFs are for Super Junior to return!

The singer made an appearance on SBS PowerFM’s “2 O’Clock Escape Cultwo Show” on April 20 to promote his new album. Yesung said, “Until recently, I was working on the drama ‘Voice’ but I wanted to sing so much that I released this album.”

He also opened up about his solo concert, saying, “I held a lot of concerts by myself last year, and I think I’m going to go big and hold an Asia tour this year. I’ve been doing a lot of solo activities since being discharged from the army because the other members of Super Junior were fulfilling their military duties as well.” 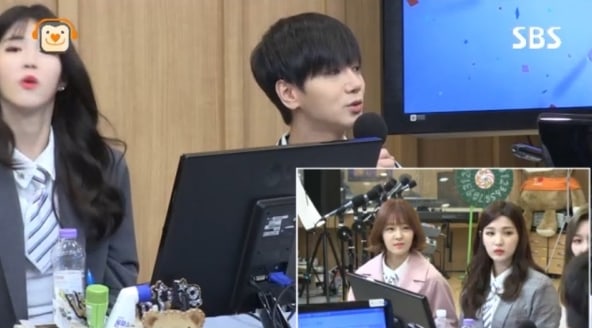 The singer did note that Ryewook would probably not be participating in the concert as he is set to be discharged in 2018. When asked about Kyuhyun, who might enlist by the end of the year, Yesung had no mercy as he jokingly said, “It’s time for him to go.”

Are you excited for Super Junior to hold a concert in 2017?