On April 26 he held a live show through Naver’s V App in celebration of his duet single with DAVII.

“Regardless of the performance and everything I would like to do something with you all,” he says.

He then gets fans excited about BEAST’s comeback and says, “The title song is written and the album is getting prepared. Stay tuned.”

“I’m telling you this because I know how badly everyone is waiting for us. We’ll work hard to come back at our best as soon as possible,” he says. 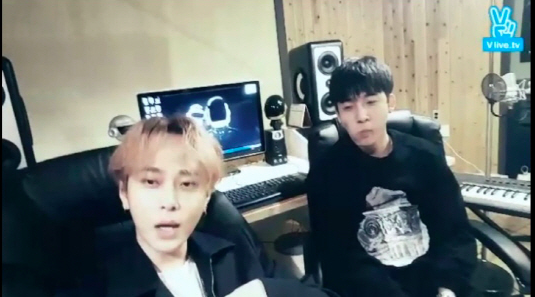