In April 6’s episode of “Descendants of the Sun,” we finally get to see actor Yoo Ah In in his long-awaited cameo scene!

It was previously announced that Yoo Ah In would be making a short appearance on the show as a birthday present for his good friend Song Hye Kyo, who is the lead actress in “Descendants of the Sun.” He is also friends with Song Hye Kyo’s co-star Song Joong Ki, as the pair both appeared in the drama “Sungkyunkwan Scandal.”

In Yoo Ah In’s brief cameo scene in “Descendants of the Sun,” he plays a comically unsympathetic bank teller who is visited by Song Hye Kyo’s character Kang Mo Yeon. 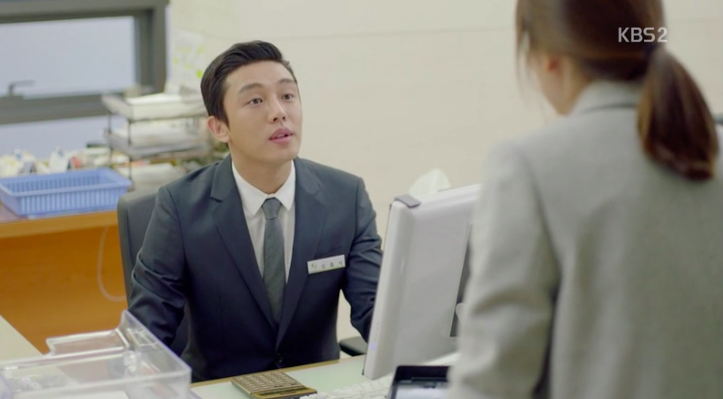 She’s desperate to get a loan finalized, but Yoo Ah In informs her that because she’s just quit her job at the hospital, she’s considered unemployed and won’t be able to take out the loan. 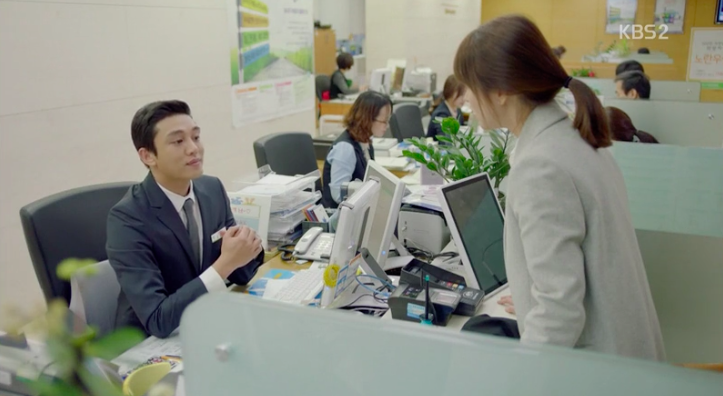 Kang Mo Yeon panics and asks him, “Then what should I do?” In reply, Yoo Ah In just smirks and says coldly, “Why are you asking me?” before calling out for the next customer. 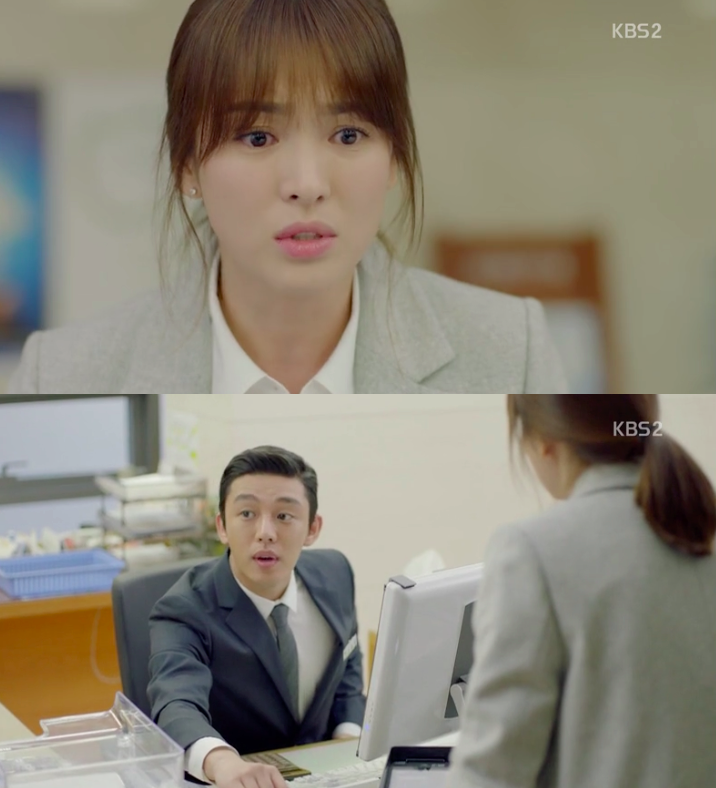