tvN’s Wednesday-Thursday drama “Touch Your Heart” has released new stills of Yoo In Na looking as young as ever playing a high school student!

“Touch Your Heart” is set to premiere on February 6 and will be a romantic comedy about an adored actress Oh Yoon Seo (Yoo In Na) who finds herself working with perfectionist lawyer Kwon Jung Rok (Lee Dong Wook).

The new stills show Yoo In Na as a high school student, a bright smile on her face as she steals snacks from her friend. With a mischievous expression, she takes the bag of snacks from her friend and manages to bite into one of the pastries that was inside. Yeon Jun Seok (Lee Joon Hyuk) is seen staring at her with his mouth agape, unable to take his eyes off of her. The scene is set to show how entertainment agency CEOYeon Jun Seok stumbled into Oh Yoon Seo and cast her on the spot, signaling the start of her career as an actress. 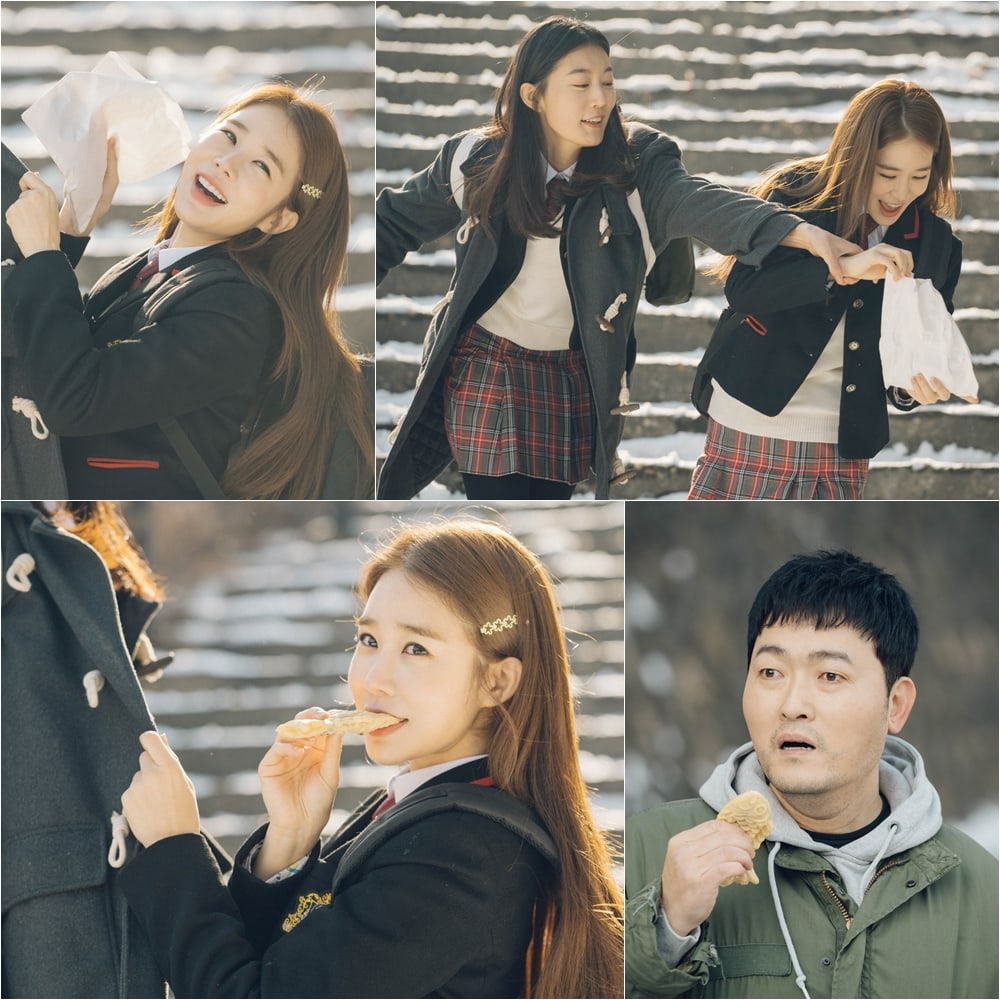 Everyone on set is said to have been in awe when they saw Yoo In Na in her school uniform because she looked so youthful. Her bright smile and playful aura were just what the scene needed, and the scene was filmed amidst a great atmosphere on set.

“Touch Your Heart” is the follow-up drama to “Encounter” and will premiere on February 6 at 9:30 p.m. KST. The drama will be available on Viki.