Despite previous reports that the “Infinite Challenge” U.S. special featuring singer and actor Jack Black had been cancelled, Yoo Jae Suk insists that that’s not the case.

On the June 18 episode of “Infinite Challenge,” the cast members are surprised when their meeting with Jack Black in Los Angeles is suddenly cancelled. Earlier this month, a representative of the program mentioned that things were only in the planning stages, though anticipation for the Jack Black special was high. 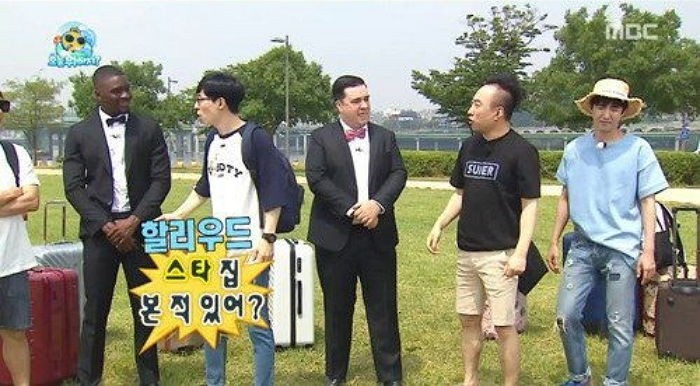 Due to the cancelled plans, the members are unable to depart to the United States. However, Yoo Jae Suk tells the disappointed members, “The schedule hasn’t been cancelled, just delayed for a little bit.” He then hinted at the possibility of meeting Jack Black in the next episode by saying, “Have you ever seen the home of a Hollywood star?”

Instead of going to the United States, the “Infinite Challenge” cast, joined by guests Sam Hammington and Sam Okyere, go on a vacation to the valleys on the outskirts of Seoul for a “June Vacation Special.”