On the latest episode of “Running Man,” Yoo Jae Suk and HaHa jokingly teared up as they mentioned the recent end of their longtime variety show “Infinite Challenge.”

During the April 22 broadcast of the SBS variety show, the producers of “Running Man” offered the cast a second chance to conceive and direct the content rating notice clip that airs at the beginning of each episode. They also revealed that “Running Man” would be using photos from the video shoot on the show’s website and as its official poster.

HaHa suddenly cut in to ask the production staff, “Can you add one more thing?” 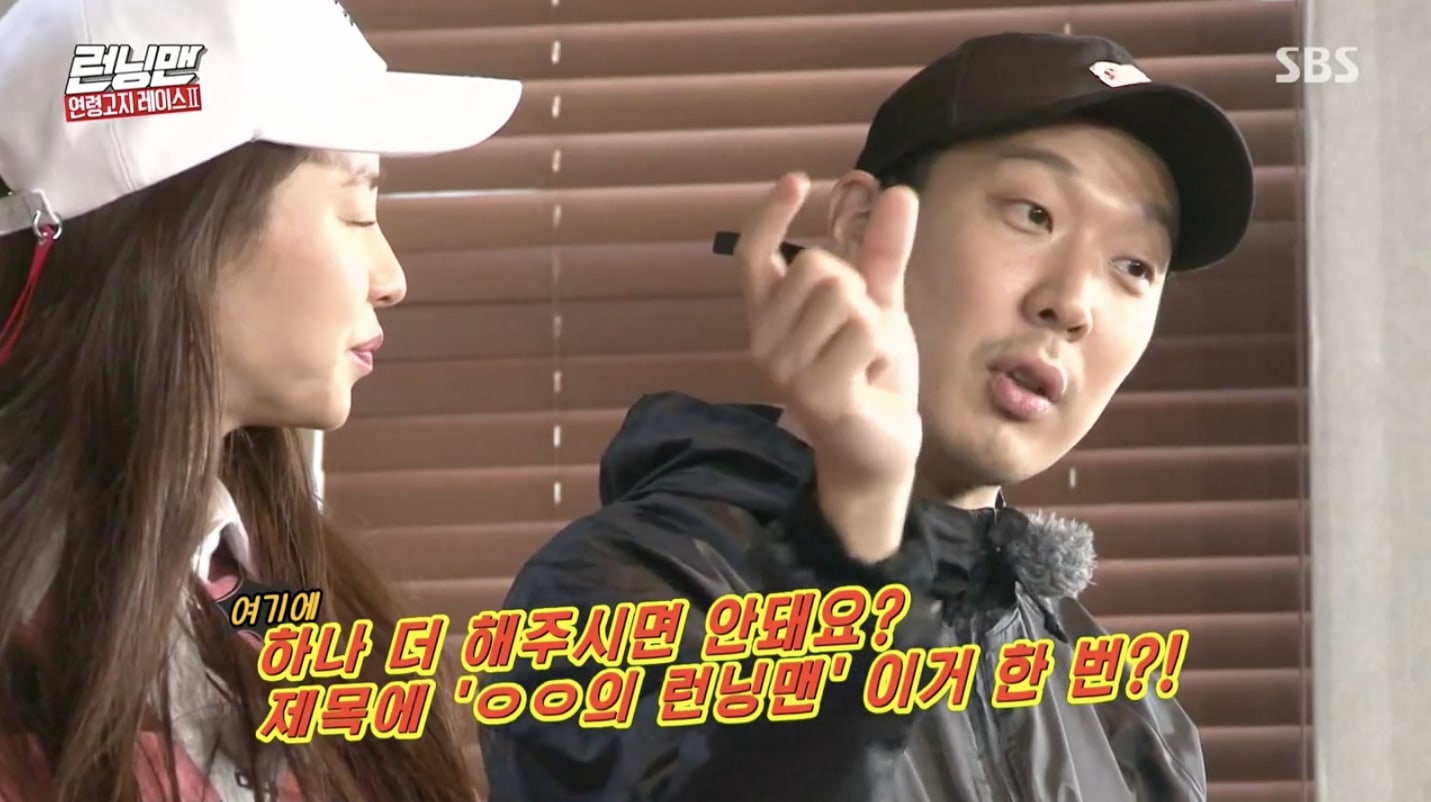 As the other members protested that he was taking things too far, HaHa fervently insisted that the show’s title include the name of the winner, asking, “Can’t you make the title of the show ‘So-And-So’s Running Man’ in the preview? For example, you could make it ‘HaHa’s Running Man’ or ‘Ji Suk Jin‘s Running Man.’” When the other cast members continued to oppose his idea, he passionately exclaimed, “Shouldn’t we work hard?”

Yoo Jae Suk responded by jokingly referring to MBC’s “Infinite Challenge,” which recently ended its first season after 13 years on air. Looking HaHa in the eye with feigned gravity, Yoo Jae Suk said, “HaHa, don’t be too determined to do [well on this show] just because one of your weekend programs is gone.”

The cast members all cracked up as Yoo Jae Suk went on, “Just do what you normally do. Don’t feel pressured.” HaHa and Yoo Jae Suk then pretended to cry as they embraced each other and shouted, “Fighting! We can do it!” 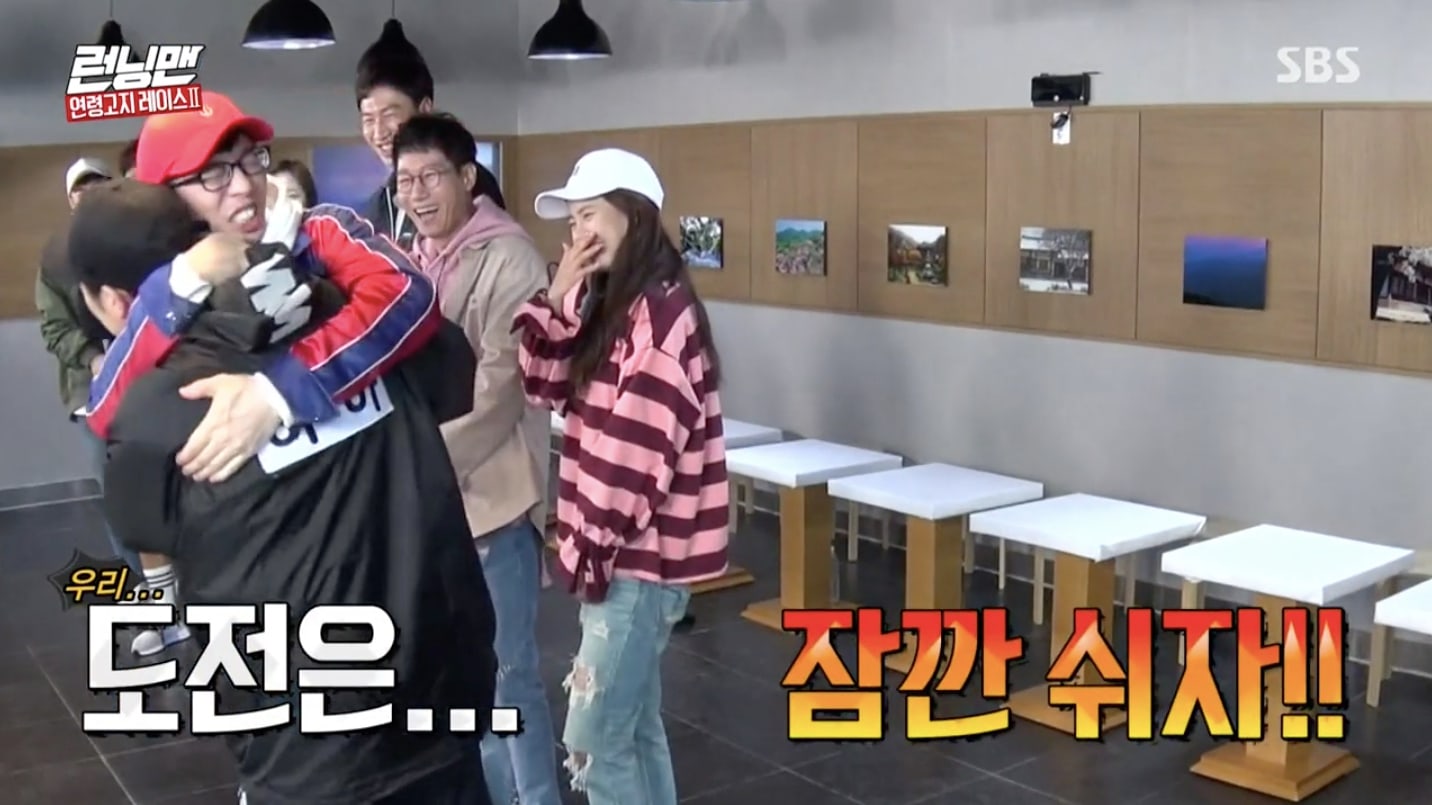 Lee Kwang Soo joked, “Why are you making a scene here [on ‘Running Man’]?” Kim Jong Kook teasingly added, “I’m in big trouble. [HaHa] and I do a lot of business together, but I think his value is dropping a little.” 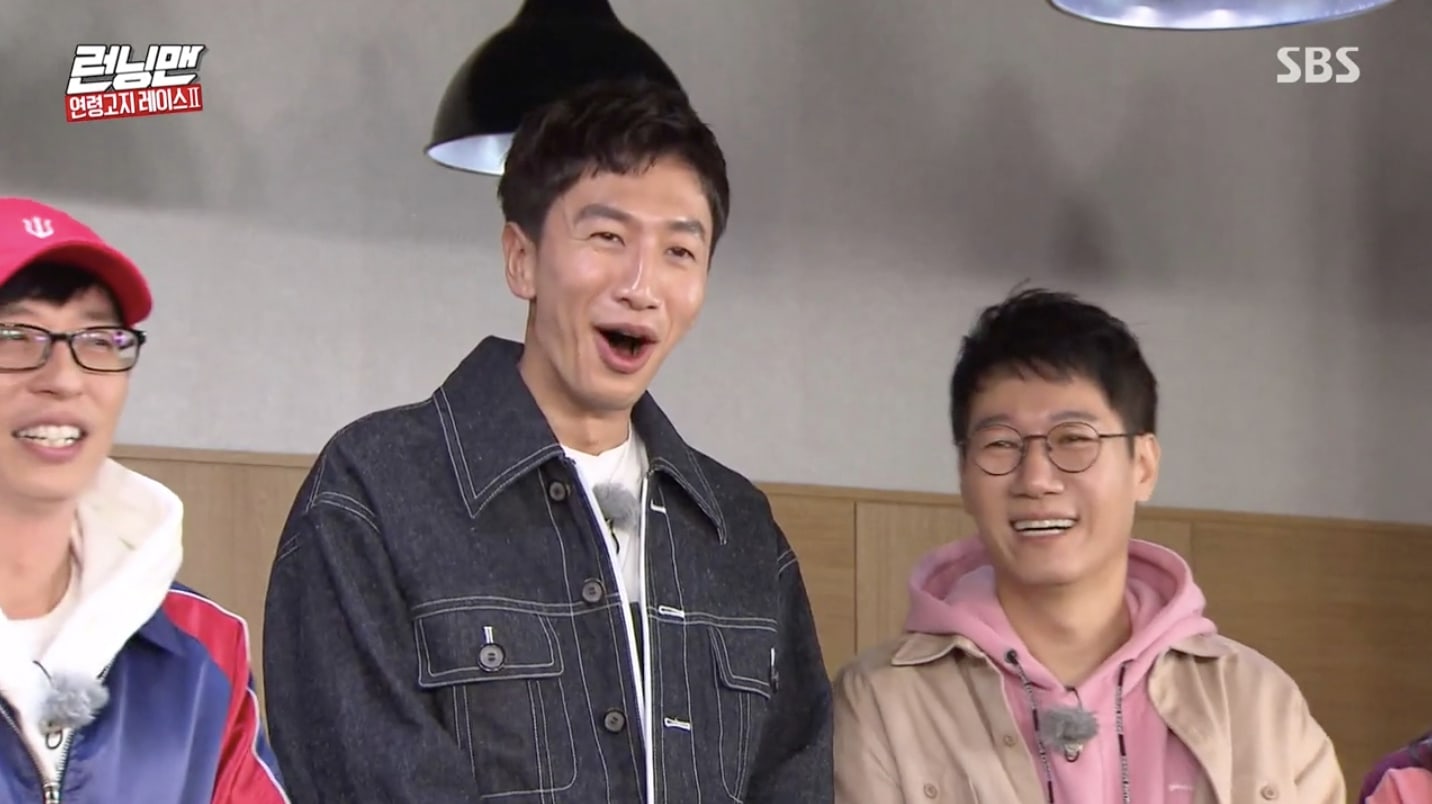 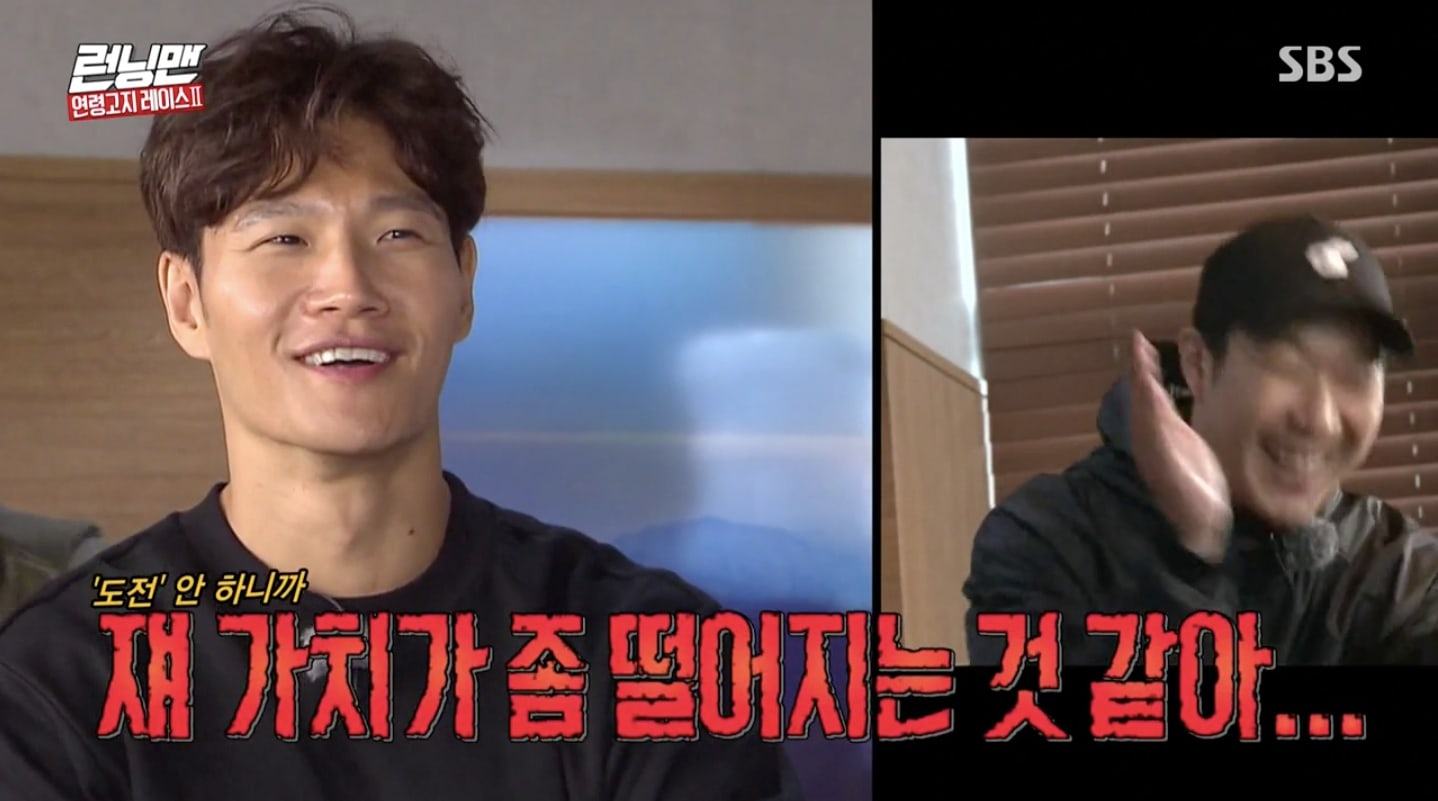