The nation’s MC Yoo Jae Suk strikes again with his kind deeds, and this time, he’s kept an on-air promise he made to one of his guests.

It has recently been revealed by a former You Quiz on the Block guest that Yoo Jae Suk kept his word and made a sizable donation to his charity. A week ago, priest Lee Moon Soo made an appearance as the guest on the talk show where he shared his dedication and passion for the youths. On the show, the priest shared that he runs a restaurant to serve children in need but that it is costly to maintain. It was further shared that he spends approximately $2,000-2,500 a month to keep up with the costs of the restaurant.

When Yoo Jae Suk heard that the restaurant was in the city of Seongbuk-gu, he responded by saying, “oh it’s my neighboring city.” Jo Se Ho suggested that Yoo Jae Suk share an autograph for the restaurant to increase popularity, but the nation’s MC commented, “I should make a donation. I want to help in a more tangible way.”

To his words, the priest hilariously responded by saying, “you’re going to edit this part out aren’t you. You promised me.”

A week after the episode went live, the priest took to his personal  Instagram page to share that Yoo Jae Suk had indeed kept his word and donated a whopping $45,000 to his restaurant charity.

This amazing deed should not come as a surprise as Yoo Jae Suk has always been a man of his word. The veteran comedian’s good character has been backed up by dozens of people time and time again. Yoo Jae Suk is also known for his numerous charitable donations that he chooses to make in secret. 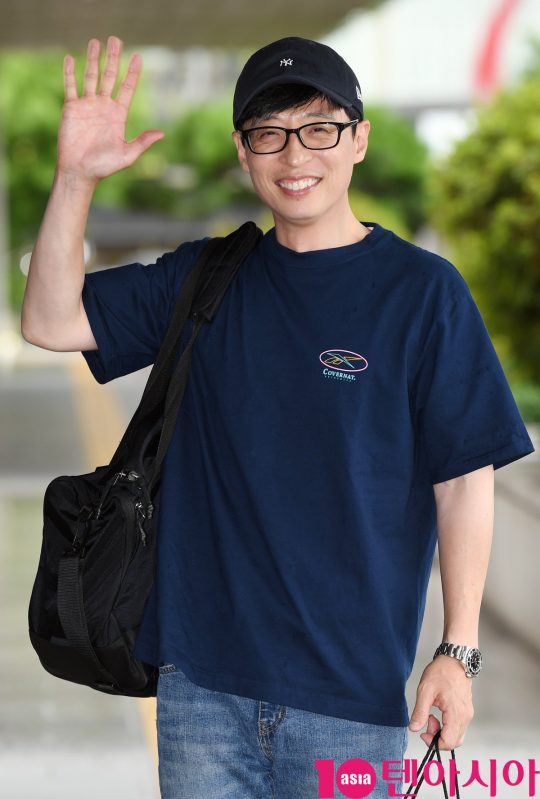 Viewers can watch new episodes of You Quiz on the Block every Wednesday.