Kim Jong Kook was unable to participate in shooting that day because he was in China for an award ceremony, so he filmed his own solo mission from abroad instead of joining the group. When the members realize that Kim Jong Kook isn’t there, Ji Suk Jin asks, “Where did he go?” Haha then puts his hands up in the air and yells, “Hooray!” and Yoo Jae Suk follows suit excitedly as they cheer. 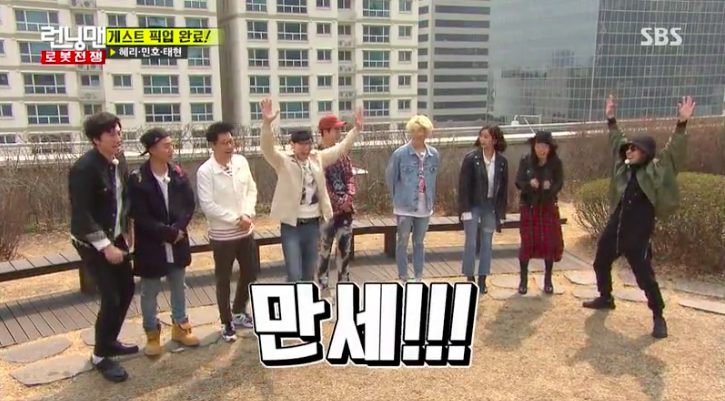 “Today’s filming is going to be so comfortable!” says Haha. 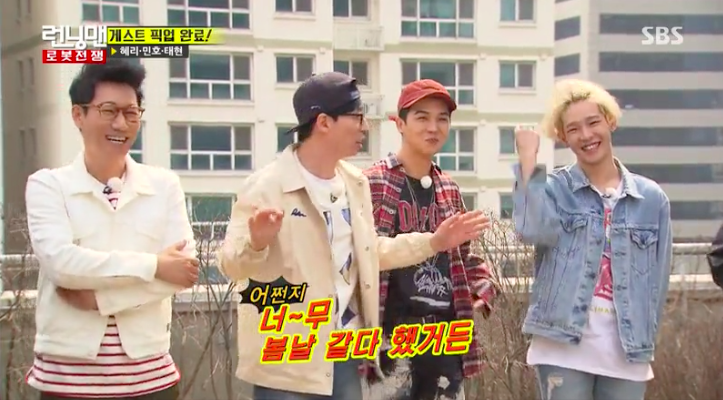 Haha then jokes, “Ah, if only Yoo Jae Suk weren’t here too, it would be perfect. We’d be really comfortable.”

In reply, Yoo Jae Suk quips with a jokingly arrogant shrug, “That would be a different show then,” which makes everyone laugh. 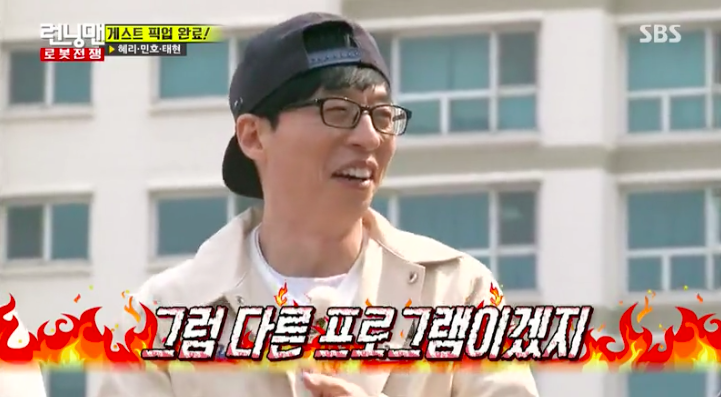 Watch the full episode of “Running Man” from April 10 below!