Yoo Jae Suk will be quite emotional over Kim Jong Kook’s outfit choices in an upcoming episode of “Running Man”!

In a recent shoot for the opening of SBS’s variety show “Running Man,” the cast members couldn’t hide their surprise when Kim Jong Kook entered the scene wearing long pants. Yoo Jae Suk in particular couldn’t help but remark, “Didn’t you start wearing [long pants] mid-December around last year? Did you get weak? Jong Kook has aged, too.” He continued to express his words of regret at Kim Jong Kook’s progressively earlier period of wearing long pants.

In response, Kim Jong Kook apparently showed a bitter smile as if he, too, felt the weight of time. His reaction caused everyone on set to burst into laughter. 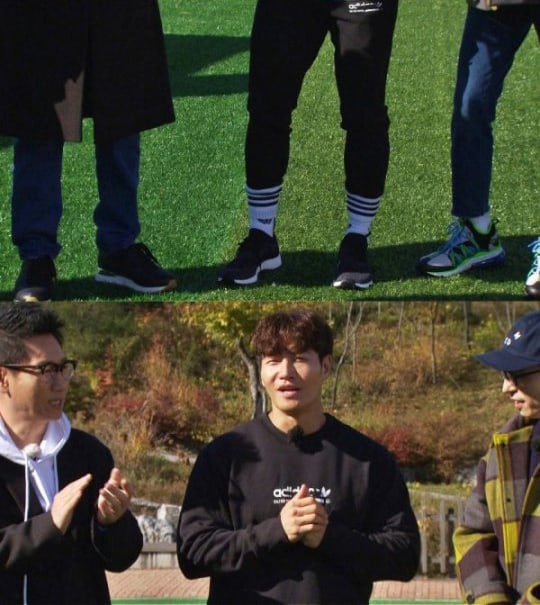 In the upcoming episode of “Running Man,” the cast members will show off their teamwork in a “How well you do you ‘Running Man’?” battle, followed by a “familiar partner” couple race with legendary guests Kang Han Na, Seol In Ah, and Red Velvet’s Irene and Joy.

Catch up on the latest episode of “Running Man” here: