Yoo Seung Ho has the strangest taste in fashion when it comes to attending awards ceremonies for SBS’s “My Strange Hero.”

“My Strange Hero” is about Kang Bok Soo (played by Yoo Seung Ho), a high school student who was framed as a school bully and expelled. He returns as an adult to the school to get his revenge, but unfortunately gets swept up in another incident.

Yoo Seung Ho’s character Kang Bok Soo gets expelled after incidents of school violence, but returns after becoming somewhat famous, to his high school Seol Song High School. His friends from high school include Lee Kyung Hyun (played by Kim Dong Young) and Yang Min Ji (played by Park Ah In), who likes to consider herself Kang Bok Soo’s adorable stalker. The three continue to get into all sorts of trouble as they establish a company together, “Your Wish,” which fulfills any wish that their clients ask for.

In the released photos, Yoo Seung Ho stands on stage to receive the Brave Citizen Award. In front of many reporters, he is accompanied by his two best friends Kim Dong Young and Park Ah In. Yoo Seung Ho has an awkward expression on his face, as he is wearing a hot pink jacket as well as sweatpants while receiving the award, while his friends wear formal clothing. Yoo Seung Ho continues to look awkward afterwards when taking photos, posing beside two officers. 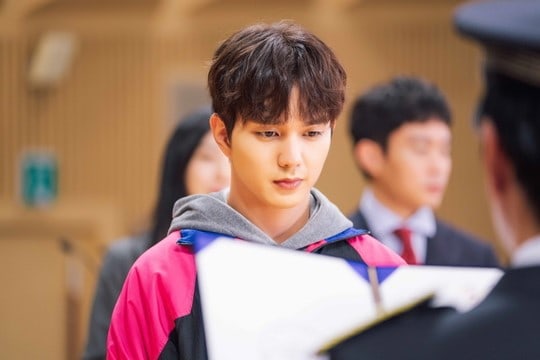 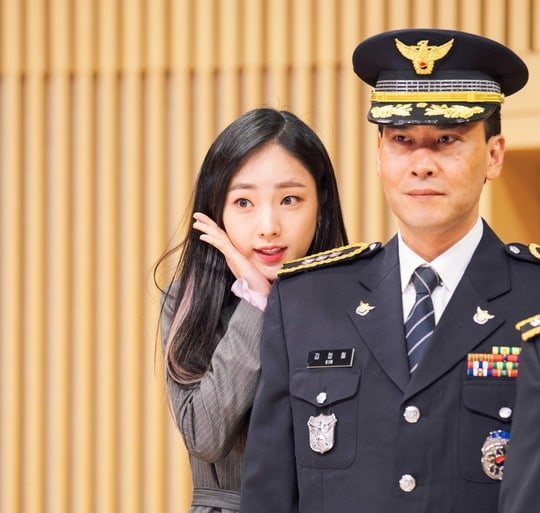 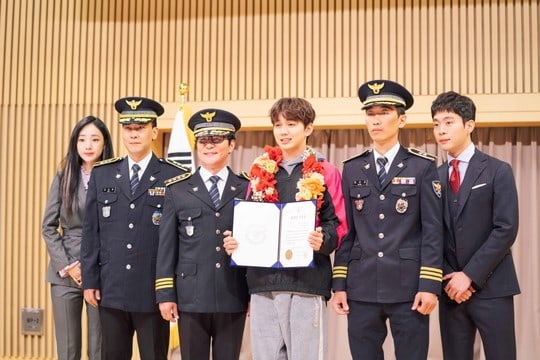 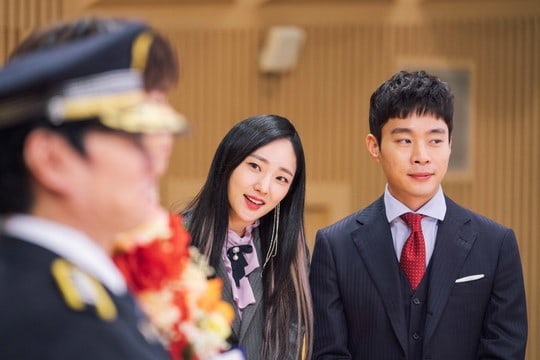 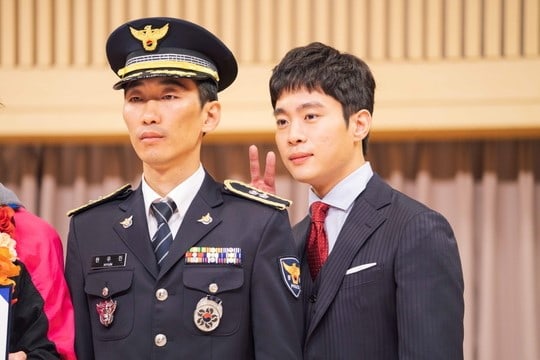 It was reported that the three actors brightened the mood on set by greeting everyone when they arrived. After rehearsing their scene, they began filming and perfectly portrayed their characters. Yoo Seung Ho was the nervous awardee Kang Bok Soo, Kim Dong Young looked proud as Lee Kyung Hyun as if he were the awardee, and Park Ah In couldn’t take her eyes off of Kang Bok Soo as the smiling Yang Min Ji.

A source from the production staff stated, “Yoo Seung Ho, Kim Dong Young, and Park Ah In are young actors who have brilliant chemistry together. They were able to act as though they had been real friends for a long time, and thanks to them the laughter never stops on set. Please look forward to the three of them on ‘My Strange Hero.’”

“My Strange Hero” will air its first episode on December 10, and will be available on Viki!

If you haven’t already, check out the teaser below!