MBC’s upcoming drama “I Am Not a Robot” has shared new stills of Yoo Seung Ho keeping busy by himself that reflects a dark part of his past.

In the drama, Yoo Seung Ho plays Kim Min Kyu, a man who has everything that anyone could ask for. Unfortunately for him, he also has an allergy to humans that forces him to always stay covered from head to toe and to always carry around a baton to interact with people. 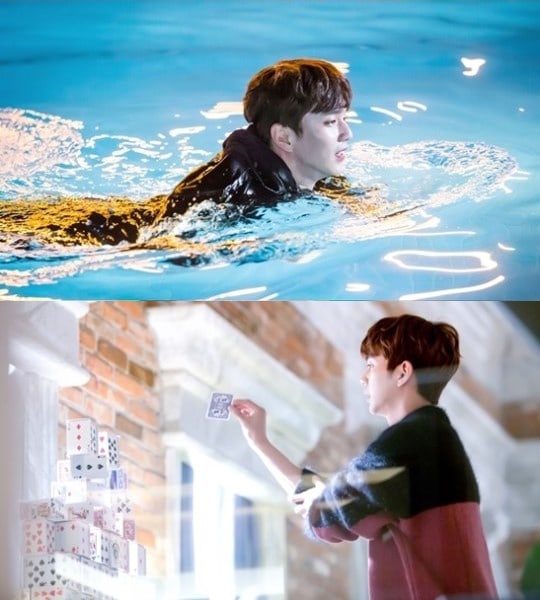 In the new stills, Yoo Seung Ho is all smiles as he keeps himself entertained in his home. When there aren’t people around him, he seems to be more at ease, especially as he isn’t forced to cover up and be on alert. From swimming to building a card castle and even holding a birthday party for his robot vacuum cleaner, Yoo Seung Ho can be seen enjoying a variety of activities. But underneath his familiarity with having to do everything by himself is a sense of loneliness that emanates from him.

The “I Am Not a Robot” production staff stated, “The scenes showing Min Kyu playing by himself are very meaningful. He is used to playing, eating, and living by himself because he hasn’t gotten along with others from a young age. The core of the drama will be following Min Kyu as he learns to open up to the world through his interactions with Ah Ji 3. He will go through quite the transformation in the drama.” 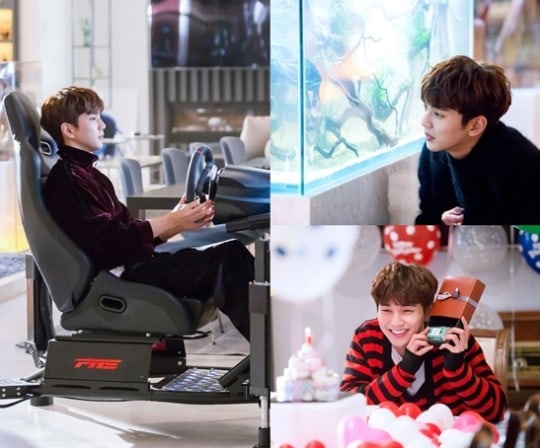 “I Am Not a Robot” is a romantic comedy about a man who has never dated because he is allergic to humans and a woman who has to pretend to be a robot. The first episode will air on December 6 at 10 p.m. KST.