On November 16, the two actors held their ninth and final “Coffee Friends” event in the Lotte World Tower Arena plaza. The project began last March, and the two actors have held an event every month since.

“Coffee Friends” was a project created by Yoo Yeon Seok and Son Ho Jun where they gave cups of coffee to citizens in exchange for donations. The goal of the project was not to think about how much to donate, but rather to get people to think about how they can start donating.

Just as they had before, Yoo Yeon Seok personally drove the coffee truck and arrived at the event site early. Despite the fact that he is currently busy starring in musical “Gentleman’s Guide,” he and Son Ho Jun personally set things up and prepared the drinks. 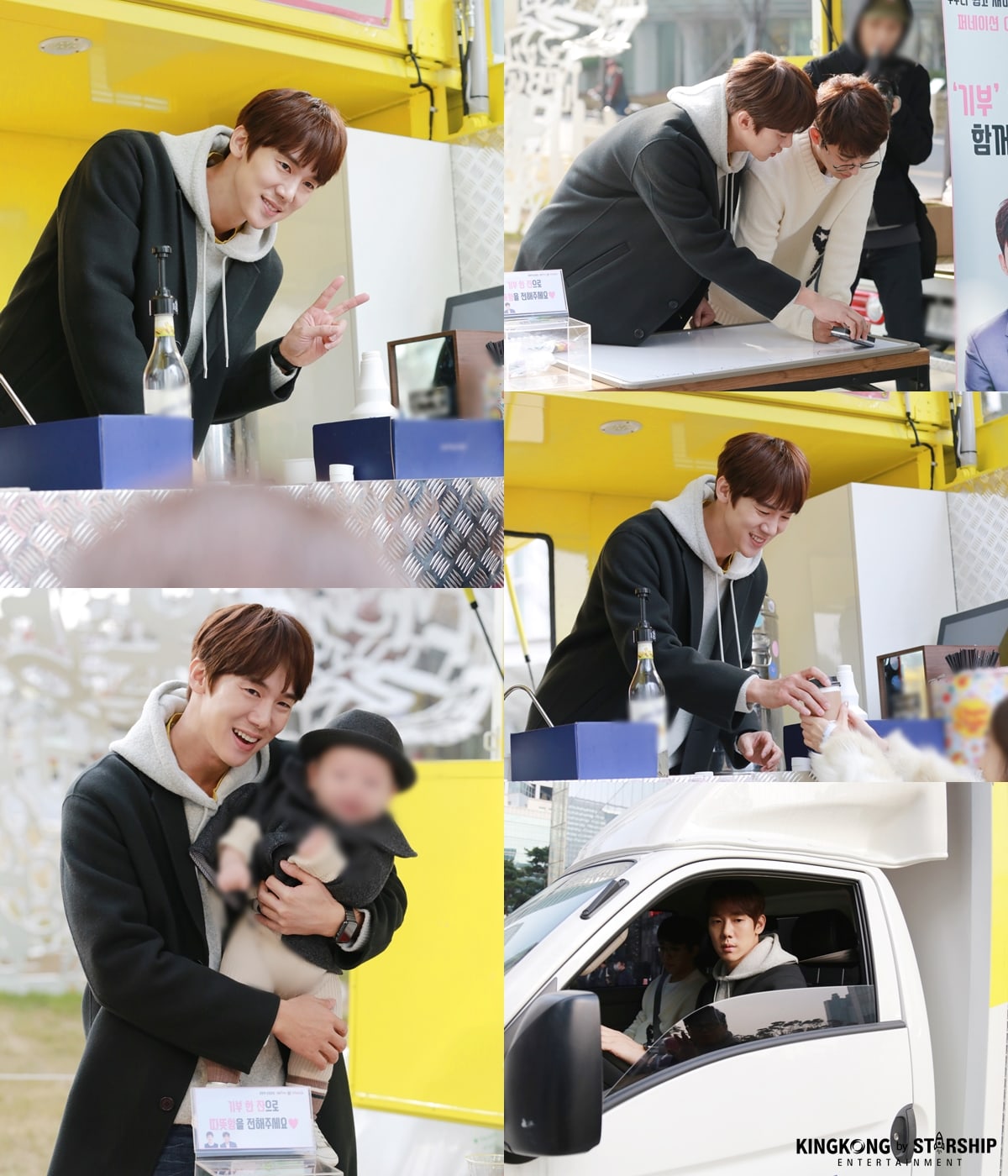 Despite the chilly weather, people began lining up for the event even before it began. Greeting these guests with smiles, Yoo Yeon Seok and Son Ho Jun personally made the drinks, chatted with people, took pictures with them, and shared their bright energy.

Yoo Yeon Seok shared his thoughts on the conclusion of the project, saying, “We’ve held the ‘Coffee Friends’ [events] since March, and I’m thankful that many people have been of great help. It was a very happy time for us as well. The ‘funation’ [fun donation] that we planned, as the name states, is meaningful because you can donate and have a fun time. We’ve carefully gathered the donations and we will also donate as well. After speaking with our coffee friends, we will send it to a good place. Again, thank you so much for participating in ‘Coffee Friends’ this year.” 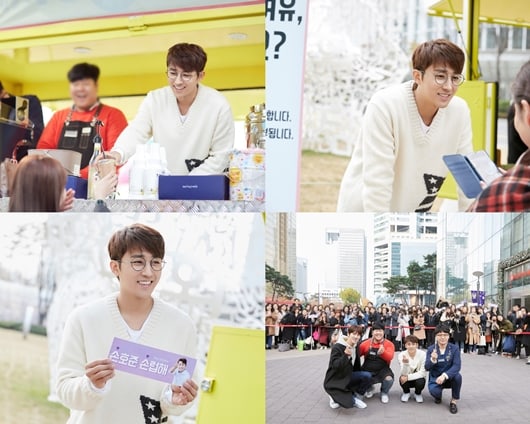