Yoon Eun Hye and Chun Jung Myung use their wits to figure out if the other has feelings for them in “Love Alert.”

“Love Alert” is about top actress Yoo Yeon Jung (played by Yoon Eun Hye) and doctor Cha Woo Hyun (played by Chun Jung Myung) who end up in a situation where they pretend to date each other under the public’s eye. Previously, the two shared their first kiss in a hospital room with their true feelings yet to be revealed.

In the released photos, Yoon Eun Hye and Joo Woo Jae, who plays Yoo Yeon Jung’s best friend of 10 years, use their perfectly in sync chemistry to figure out Cha Woo Hyun’s thoughts. In this psychological game, Chun Jung Myung warily doesn’t let his guard down around the two best friends, and somehow is able to surprise Yoo Yeon Jung with some of his own remarks. 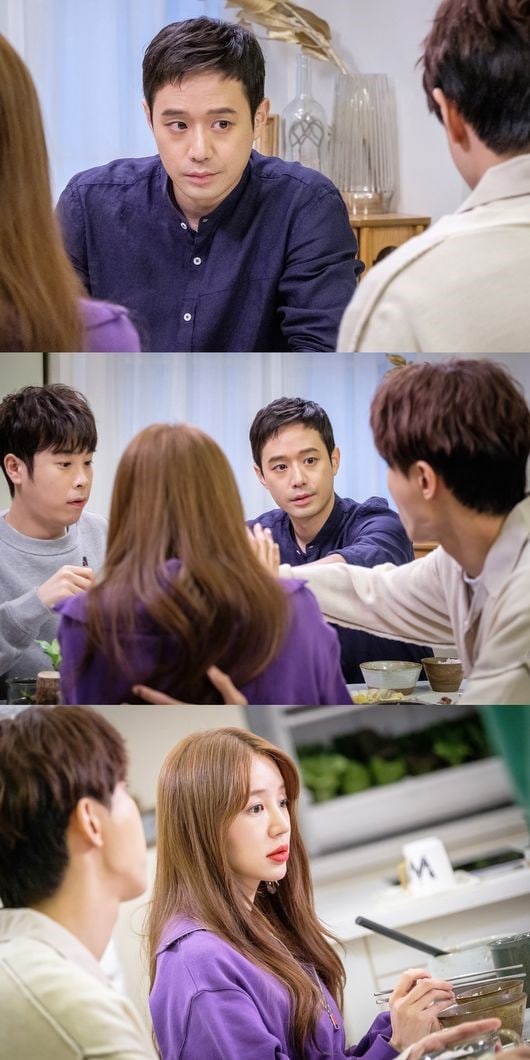 A source from the drama stated, “Cha Woo Hyun and Yoo Yeon Jung, who had their first kiss in the hospital room, will secretively check each other out in today’s episode. The two will show the strange feelings between them and their honest thoughts, so please look forward to it.”

“Love Alert” airs every Wednesday and Thursday at 11 p.m. KST.