Wanna One featured in the April 6 episode of “Entertainment Weekly,” in which leader Yoon Ji Sung shared some of their thoughts on the future.

The episode showed Wanna One’s visit to a university classroom, where they surprised the students and got to meet some of their fans. After the event, the reporter sat down with the guys for an interview.

She mentioned that their end as a group has already been determined, since they are a project group with a set contract length, and asked them, “What do you think you’ll be doing a year from now?”

Leader Yoon Ji Sung replied, “To be totally honest, we don’t talk about the end.”

“To be completely, totally honest, we’re thinking about the performance that’s happening right away tomorrow instead,” he continued. “But I think that no matter where we are, we’ll be thinking of each other while we’re working hard.” 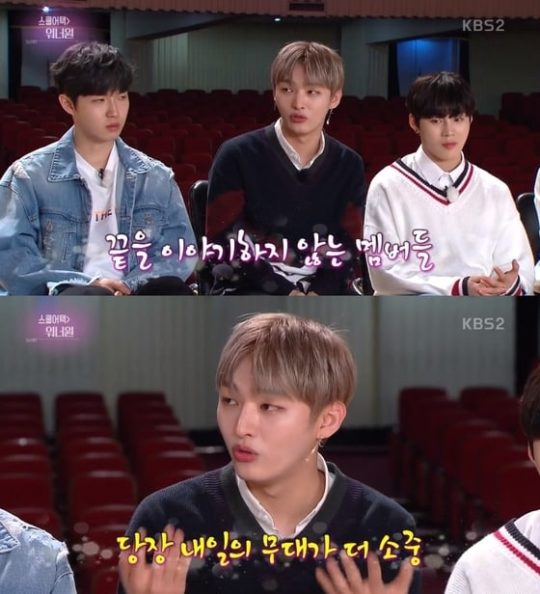 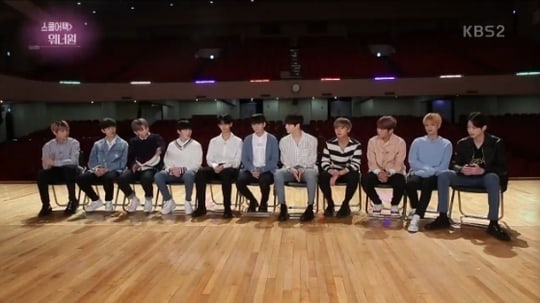 Wanna One recently made a comeback with “Boomerang,” which won its eighth music show trophy on April 6.