On December 20, Walt Disney Company Korea announced, “Yoon Jong Shin has been chosen to sing our [Korean] language version of ‘Remember Me,’ the main theme song of ‘Coco.’”

“Coco” is a Disney Pixar film about a boy named Miguel who dreams of becoming a musician, and accidentally enters the Land of the Dead.

Yoon Jong Shin said, “The theme of memories hits home. I thought about the days when I was still dreaming of becoming a musician like the character Miguel, and sang while cheering for his dreams.” 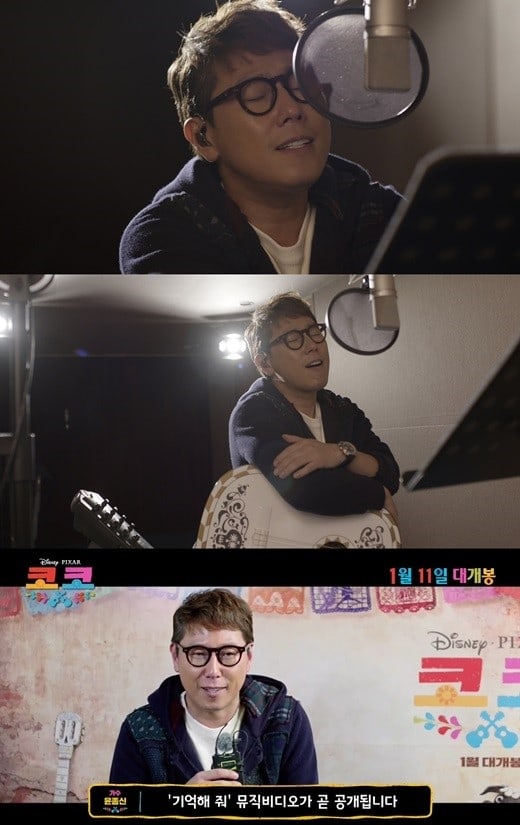 In a released preview, he sang the lyrics, “Remember me, no matter where I am, remember me, following the sad sound of the guitar, we will be together forever, until I embrace you again,” to the sweet sounds of a guitar.

The MV for “Remember Me” will be released on CGV’s official Facebook page on December 21 at 10 a.m. KST. The film “Coco” will premiere in South Korean theaters on January 11.