The upcoming drama “Radio Romance” continues to add to its star-studded cast!

On December 19, it was confirmed that actors Yoon Park, Kwak Dong Yeon, Ha Joon, and Girl’s Day member Yura will be joining the KBS 2TV drama. It was previously reported that Highlight’s Yoon Doojoon and Kim So Hyun would be starring in the drama, along with former “Produce 101 Season 2” contestant Lee Euiwoong.

“Radio Romance” will tell the heartwarming story of Ji Su Ho, an A-list actor who can’t do anything without a script (played by Yoon Doojoon), and Song Geu Rim, the low-ranking radio script writer who casts him as a DJ (played by Kim So Hyun). The drama will depict the exciting, action-packed daily workings of a radio station, where nothing ever goes according to plan. 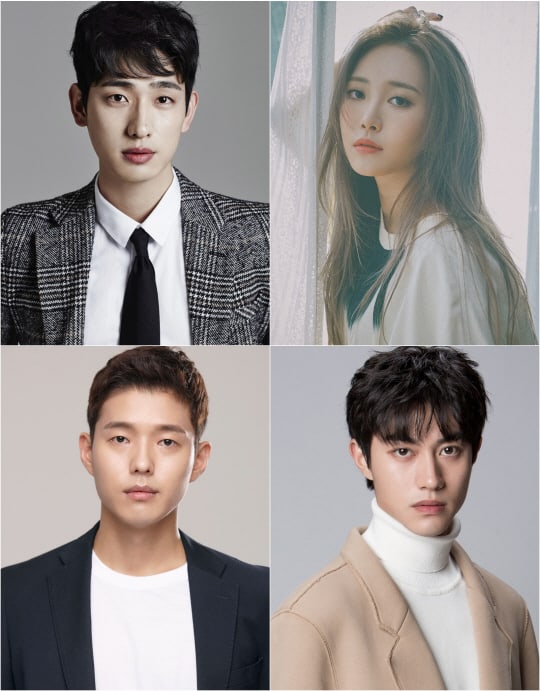 Actor Yoon Park will be playing the role of Lee Kang, a highly capable producing director who is as insufferable as he is talented. The character is notorious for his difficult personality and his unreasonable expectations for his staff, which drive no less than seven assistant producers to the hospital. After firing 12 different DJs, Lee Kang makes Song Geu Rim an offer she can’t refuse—he promises her that if she manages to cast Ji Su Ho, he will make her the head writer of his show.

GIrl’s Day member Yura will be playing Jin Tae Ri, a fading star who used to be the most in-demand actress in Korea. Although she was once an A-list celebrity, Jin Tae Ri’s career is on the decline, with both her fans and her casting offers steadily decreasing in number. Just as she begins to worry that she may not be able to continue acting for much longer, she happens upon a family secret of Jin Su Ho’s, which she attempts to use to her advantage to restart her career.

Ha Joon will be playing Ji Su Ho’s longtime manager Kim Jin Woo, who managed to rise from road manager to agency director using his skills alone. He takes care of even the most minute details for the actor, and he is not afraid to play the villain when it comes to protecting his star. Kim Jin Woo also shared a brief flirtation with Jin Tae Ri in the past.

Finally, Kwak Dong Yeon will be playing the character of Jason, a psychiatrist who is also Ji Su Ho’s high school classmate. As the actor’s chief confidant and personal doctor, Jason stays close by Su Ho’s side, constantly urging him to talk about his problems.

“Radio Romance” is scheduled to begin airing in January 2018, after the conclusion of “Jugglers.”

Are you excited for the new drama? Leave your thoughts below!