JTBC drama “Legal High” has given its first glimpses of Yoon Park at court.

“Legal High” is about two very different lawyers who work together — Go Tae Rim (played by Jin Goo), an arrogant yet successful lawyer, and Seo Jae In (played by Seo Eun Soo), a rookie lawyer who pursues justice.

In the drama, Yoon Park plays Go Tae Rim’s rival Kang Ki Suk, who is a successful lawyer with a pacified charisma. Min Joo Kyung (played by Chae Jung An) described him by saying, “Shall I say Kang Ki Suk is a lawyer with class, like a waltz?”

In the released photos, Yoon Park makes a speech in court while clad in an elegant grey suit. Presenting an argument to the court with documents in his hand, he makes his case calmly, with a steady gaze. 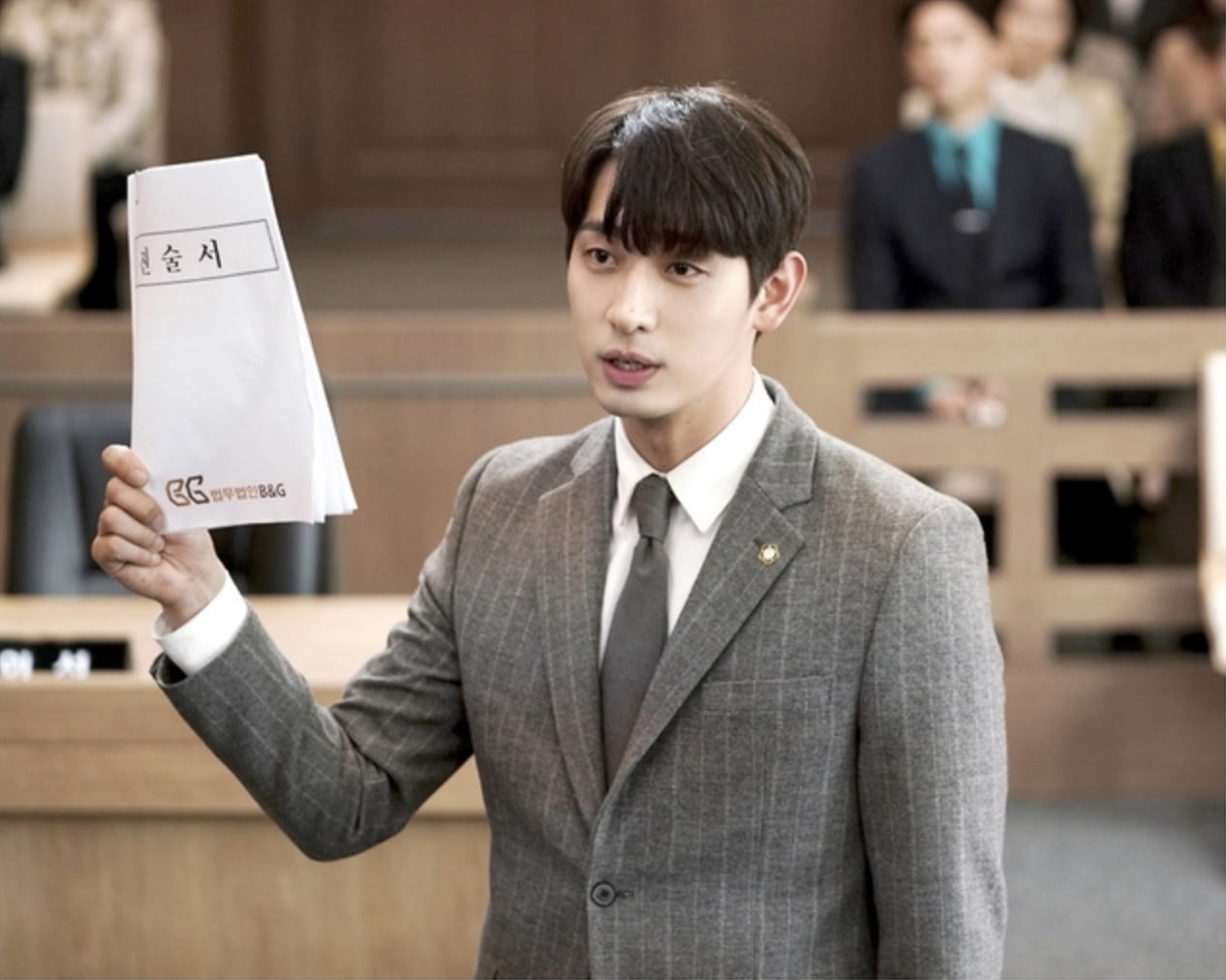 A source from the production staff stated, “The good-looking Kang Ki Suk who has an unpredictable ability to become friends with others will stand in court with a completely different weapon than Go Tae Rim. Please look forward to Seo Jae In and Kang Ki Suk’s improved legal success.”

“Legal High” airs every Friday and Saturday at 11 p.m. KST.