On May 8, the actor talked about his latest TV Chosun drama, “Grand Prince.”

Speaking about the numerous kiss scenes, he said, “At the wrap party, the writer said, ‘I realized I had written this many [kiss scenes] after I had finished writing it.’ The melodrama began at the beginning of the storyline and continued throughout, so I got to date a lot in the drama. But, I’m really not confident at kiss scenes.”

He continued, “The making video of [the kiss scene between] Lee Se Young and I in ‘Greatest One-Shot‘ is still circulating. A kiss scene (which is different from real kissing) shows on camera, which I find awkward.”

He added, “I think it’s not my kiss scene skills, but the camera director’s skills that make it seem like I’m good at it. I said that I was good at kissing in real life, but it’s just a bluff.” 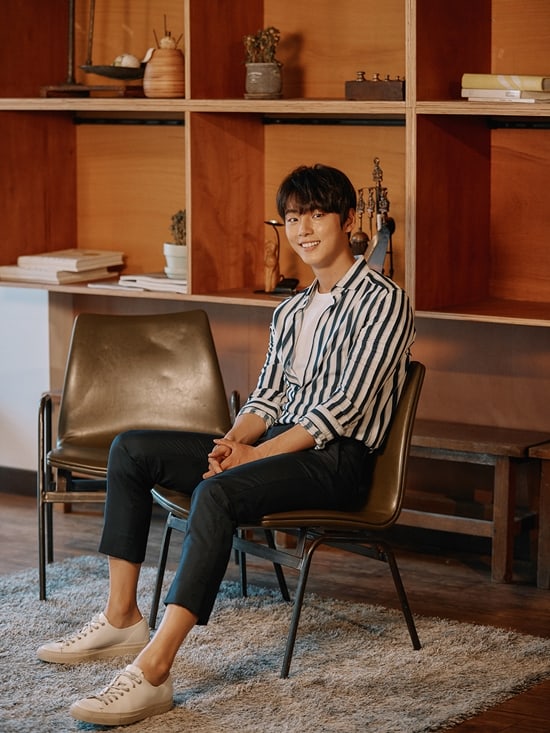 Yoon Shi Yoon is 33 years old by Korean reckoning this year, but he still has a youthful look. In this drama, however, he showed a manlier appearance.

The actor said, “I didn’t choose a manly role on purpose. Despite my 33 years of age, my mental age is quite young. My personality in real life also isn’t really manly, but since I’ve grown compared to Tak Goo or other characters like that, I think it appears that way in the dramas. I wasn’t trying to force myself into a manlier role.”

Yoon Shi Yoon most recently appeared on “Grand Prince” as prince Lee Hwi, who returned from war to the woman he loves. The drama explores a bloody love triangle between him, his older brother, and a woman.

The TV Chosun drama ended with 5.63 percent, the highest viewership ratings in the history of the network. The leads of the drama will meet with fans at Gwanghwamun Square for a free hug event on May 9.

Catch the first episode of “Grand Prince” below!