An idol who is currently promoting as a member of a project group was unveiled on the latest episode of MBC’s “King of Masked Singer”!

With just a five-point lead, “Inspector Gadget” moved onto the next round with 52 audience votes. “Compass” had to unmask himself, and revealed that he was none other than U-KISS and UNB’s Jun! 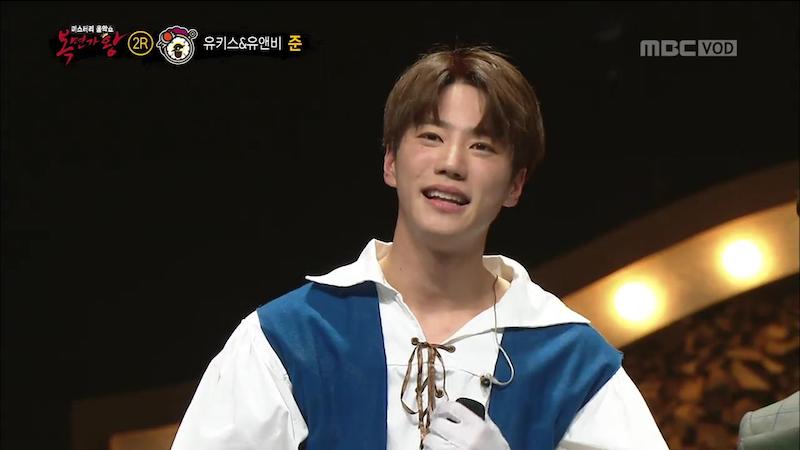 Jun was met with lots of cheers from the audience and panel when he introduced himself. Answering the MC’s questions, Jun commented, “There are a lot of people who recognize me, but as Soo Gyum [from ‘Avengers Social Club’] instead of as U-KISS’s Jun. I ended up appearing so because I hope that more people will get to know more about U-KISS and that there is a member named Jun in U-KISS through this opportunity.”

He also talked about his immediate plans, saying, “In terms of acting, I am working in MBC’s weekend drama ‘Separation has Left’ [literal title], which is premiering on May 26, and I plan on giving it my all. I am also currently promoting with UNB. I will do my best so that I can repay the love fans have shown me.”

After the broadcast, Jun also shared more photos and expressed, “‘Compass’ was me! I will even harder from now on.”

“King of Masked Singer” airs every Sunday at 4:50 p.m. KST. Check out the latest episode below!