He invited Ahgases to help him celebrate with a live broadcast. He decorated with the theme of a bakery that only sells one thing, “Coco’s Cake.” He spent the hour making the bakery’s signature dish. Youngjae opted to make something easier to Coco to eat, using some of her favorite foods, such as tofu and sweet potato. 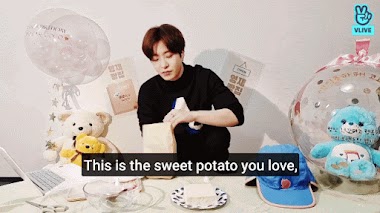 She seemed as if she would have been happy with sweet potato alone. She eyed it in anticipation and even attempted to steal a bite. 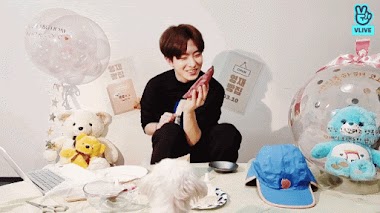 Youngjae had other plans for it though. 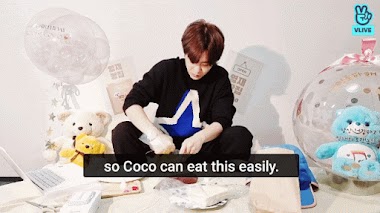 First, he mashed the potatoes until it became a paste for him to work with. He then molded it to become a rounded cake-like shape. 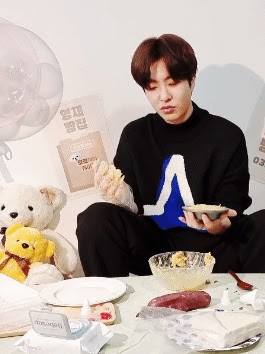 He attempted to use tofu for a whipped icing. Unfortunantly, he forgot to put the tip in the icing bag before filling it! 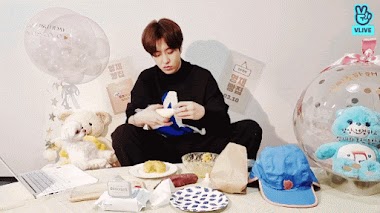 After he was done icing, it almost looked like a real cake! Of course, you can’t have a birthday cake without candles. 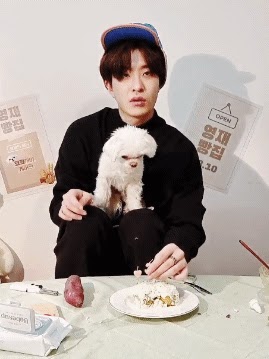 After the final touches, it was time to make make a wish. Before blowing the candles out, he wished for Coco a long life with us.

????: Coco… just… I don't need anything else. Live healthily and just enjoyably for a long time. Okay? Healthily… I wish you'd enjoyably live with Dad and ahgases. Okay, Coco-ya?#YOUNGJAExBakery #영재빵집pic.twitter.com/vh4mUkiatO

Finally, Coco could eat! Youngjae was relieved and happy to see her enjoy eating the creation. Always nice when your efforts are appreciated. 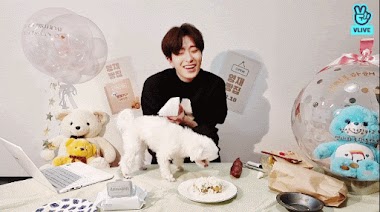 Youngjae teased that he will be doing more cooking themed live broadcasts in the future.