“Youn’s Kitchen 2” has released an official poster of the cast ahead of its January premiere, as well as new details, including the type of food they will be cooking!

The show will air its first episode on January 5, 2018 at 9:50 p.m. KST on tvN and will follow Yoon Yeo Jung, Lee Seo Jin, Jung Yoo Mi and Park Seo Joon as they open a small Korean restaurant in Garachico, Tenerife Island. The production staff stated, “Tenerife Island is a quiet and romantic place. On this small island that is steeped with history, the cast will share their lives with the locals to create a special experience for everyone.” 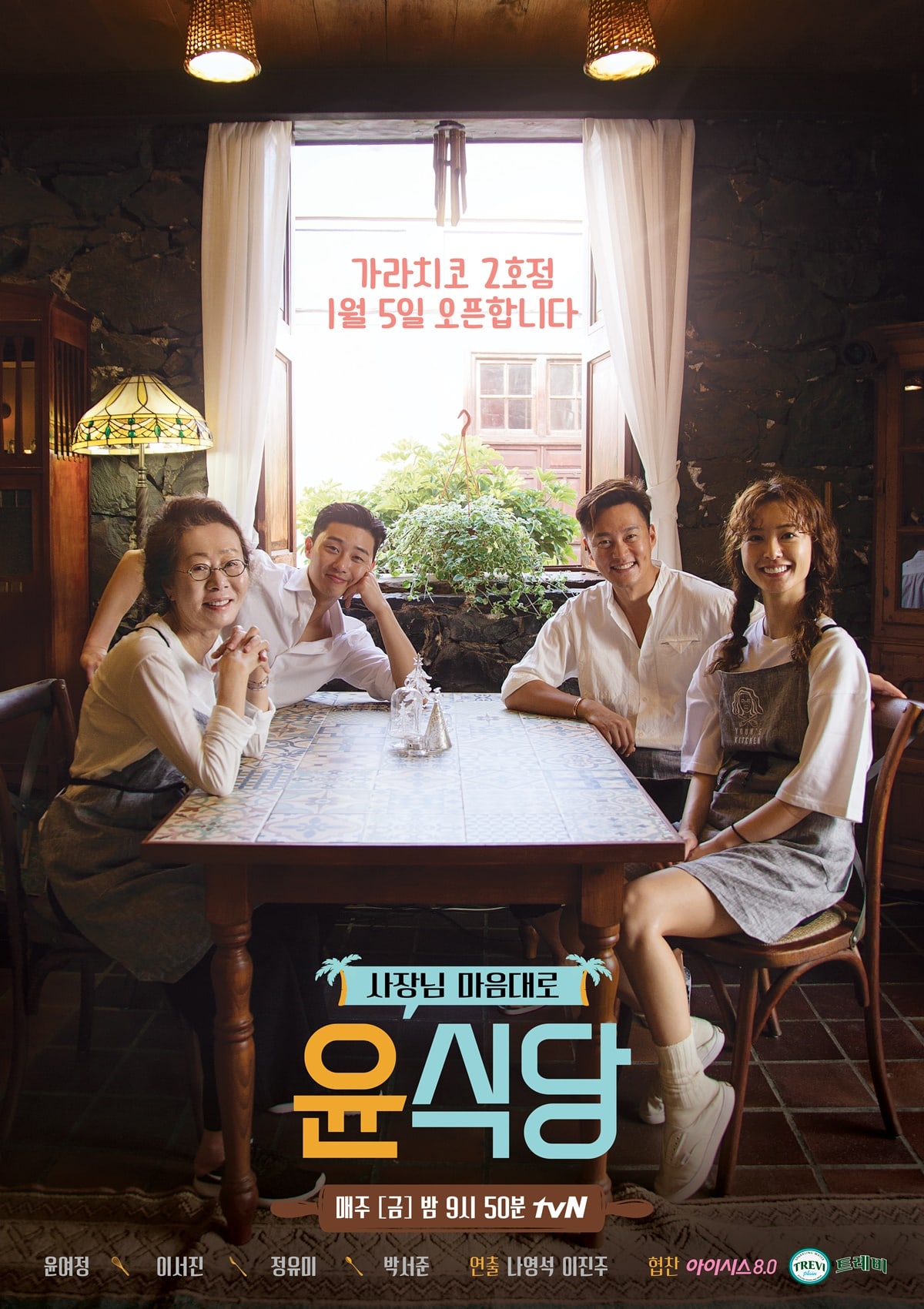 The staff also explained the roles of each cast member. Main chef Yoon Yeo Jung will be in charge of everything as she was in the first season. She constantly worries about attracting customers to the restaurant, and she puts her all into her cooking to create plates full of love for everyone who passes by. Lee Seo Jin has been promoted from the director to the executive director of the restaurant, and he is set to be quite the businessman who not only takes care of the customers, but the welfare of the employees as well.

Jung Yoo Mi has also improved her skills as a sous chef in the kitchen. Her calm but meticulous personality will help move everything along smoother, and she is also said to have taken good care of the cast’s new youngest member. Park Seo Joon is the new addition to the upcoming season, and it will be as if the show was made for him. His overflowing energy, warm personality, strong mind, and good looks are all said to have helped the restaurant. Full of confidence and energy, Park Seo Joon will evolve throughout the season and become a “super great” presence for the rest of the cast members.

The production staff also shared that for this new season, they had brought changes to the menu. They stated, “In season one, we based most of the dishes around bulgogi. For season two, the main dish will be bibimbap. We hope viewers will be excited to see what kind of twist Yoon Yeo Jung puts on bibimbap.”

The show has also released a Christmas message from the cast in which they invite everyone to tune in to the second season!