YouTuber Dotty Talks About The Time IU Asked For His Autograph

YouTuber Dotty revealed that IU asked for his autograph on KBS 2TV’s “Happy Together.”

On September 6, Dotty appeared as one of the guests on the variety program.

Dotty is a YouTuber who makes videos about games. He currently has around 2.3 million subscribers, 3,000 uploaded videos, 100 employees, and 200 creators under him.

He said, “I received a call from IU saying that her cousin is a fan of mine. I said that I’ll swap an autographed IU CD with my autograph.”

When asked about his income, Dotty explained, “I upload about 40 videos a month. Out of these, the most watched video gets around 8 million won (approximately $7,000).”

During his appearance on tvN’s “Problematic Men,” Dotty previously revealed, “It’s been a little over four years since I’ve run my YouTube channel. Within a year and a half, I earned the annual income of an executive of a large company.”

After graduating from Yonsei University’s department of law, Dotty began working as a YouTuber. He received the YouTube Golden Play Button Award in 2016 and the 1-Person Creator Award at the 2017 Cable TV Broadcast Awards. 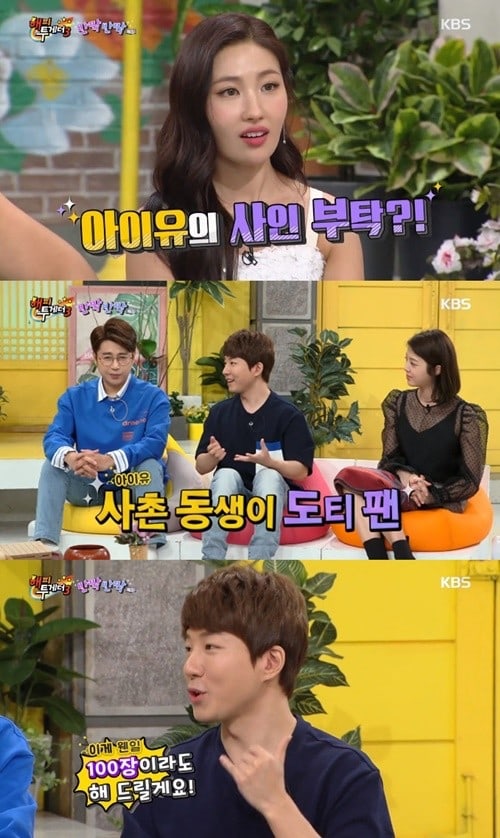 “Happy Together” airs on Thursdays at 11:10 p.m. KST. Check out the latest episode below!