The bond of JYP family is always so cute to see!

On November 27, Yubin held a special live broadcast on Naver V Live in honor of her comeback with “Thank U Soooo Much.”

There as special MCs, GOT7’s Jackson and Jinyoung took the opportunity to show their support for their fellow JYP Entertainment labelmate.

Yubin was discussing how she took lessons in preparation for her latest album when Jinyoung complimented, “[The teacher] gave high praise about how you worked hard in your lessons.” Jackson added, “I heard that that teacher even came today.” 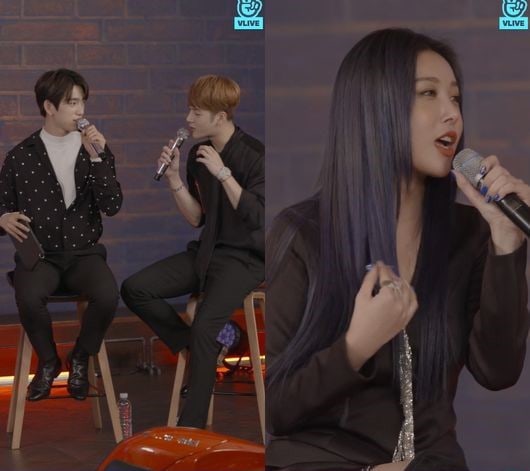 “You are doing so well,” Hyerim expressed. “You always are so cool whenever you return with something new and I am always supporting you.” In response, Yubin expressed her gratitude and promised to call her back later.

Yubin also shared what she wanted to portray with her future retro title track, saying, “I wanted to express what a cool and chic woman was like. You will be able to hear parts that are straightforward and honest if you listen to the lyrics.”