Yubin appeared on the June 6 episode as part of her promotions for her new solo single, and she joined in with the show’s concept of the hosts and celebrities trying to find a family to eat dinner with.

While dining with a married couple in their home, MC Lee Kyung Kyu asked Yubin about Sunye, and she told him that Sunye is living happily with her husband and two daughters.

The MC asked, “Aren’t you envious?” and Yubin replied, “When I look at their lovey-dovey family, I feel envious.” She said that she was happy for Sunye who was living the life she wanted to live.

She added, “She went when we were in the middle of group promotions. I’m envious and think it’s great. In the past, I also wanted to get married early, but I became more ambitious about work so a lot of that went away.” 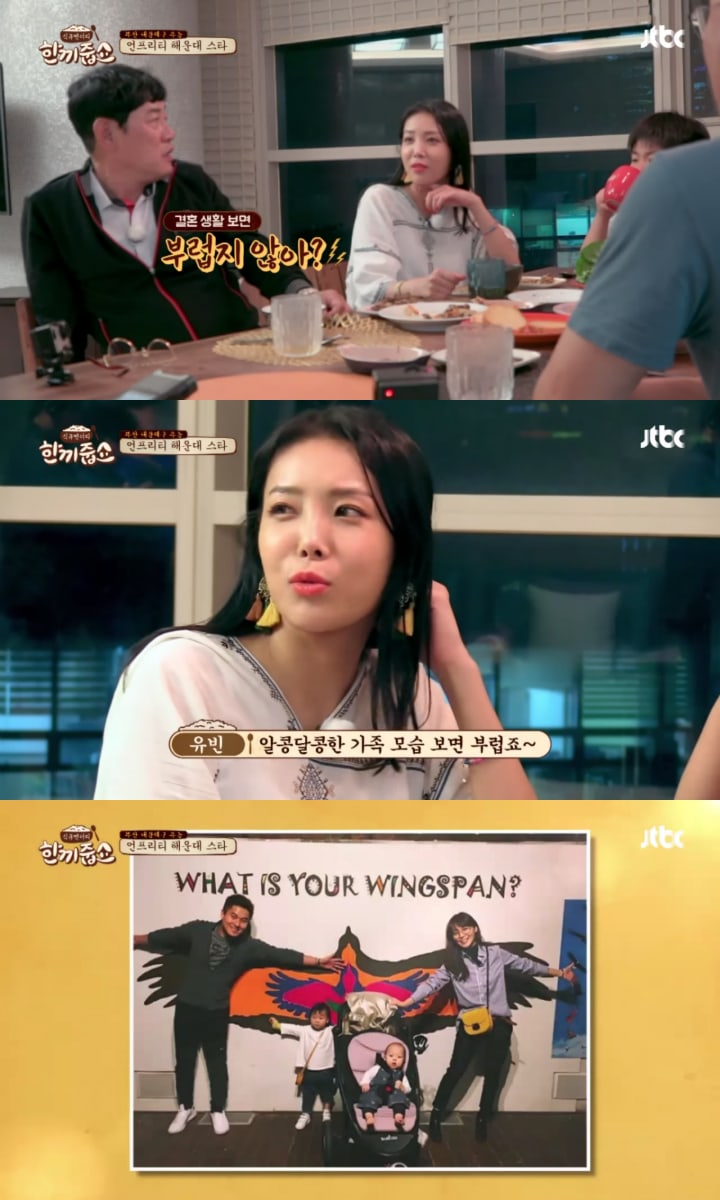