ZE:A’s Kim Dong Jun Talks About Group’s Status And His Feelings About Their Line Distribution

As usual, the MC’s gave brief introductions of each guest before they entered the set. When it came to introducing Kim Dong Jun, they joked, “[He does] variety shows like Kwanghee and does acting like Im Siwan, but all that is left in one’s memory is ‘Male Han Ga In.’ They survive when they’re apart and die when they’re together, but now they’re completely separated. I don’t think there are many members left.”

After listening, Kim Dong Jun shouted from outside of the set, “We didn’t disband!” and clarified that the members only moved agencies, but did not disband as a team. 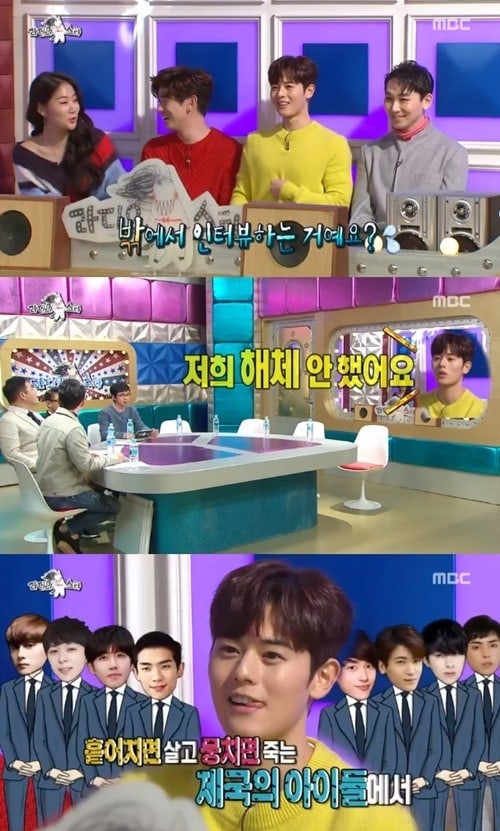 Once he officially came in and joined the MCs for the show, Kim Dong Jun shared his thoughts on many things including the burdens of taking on some of the most lines in the group. He said, “Many people think of me as the group’s main vocalist, but I’m actually the sub vocalist. The main vocalists are Kevin for R&B songs, Park Hyung Sik for ballads, and me for dance tracks. But during our promotions, most of our songs were dance tracks, so I sang a lot. The other members just danced and moved positions.”

He continued, “Out of our hit songs, there’s a track called ‘Aftermath’ and the pitch is high, even for me. But out of the song’s three minutes, I sang for two minutes. It was so tiring that during a performance on ‘Music Core,’ my voice cracked really badly.” 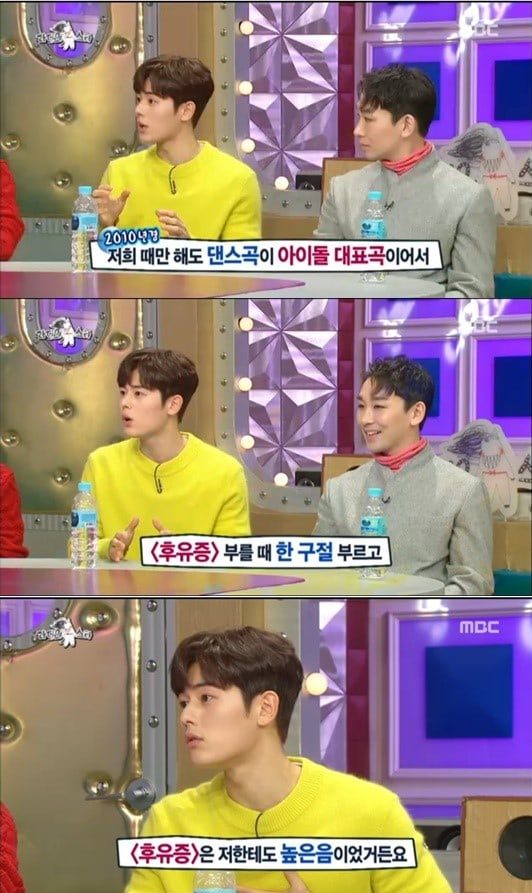 Kim Dong Jun moved to a new agency this summer from Star Empire, and most recently appeared in OCN’s “Black” alongside Song Seung Heon and Go Ara, which aired its final episode on December 10.