Zion.T Keeps His Promise And Guests On Radio Show Without His Sunglasses

One of the DJs asked the singer why he showed up without his sunglasses and Zion.T answered, “At my showcase, I made a promise to take off my sunglasses if [my song] got to No.1.” He commented, “This is a mess,” but later added, “I think it will be okay [if I don’t wear sunglasses] for one hour of my life.” 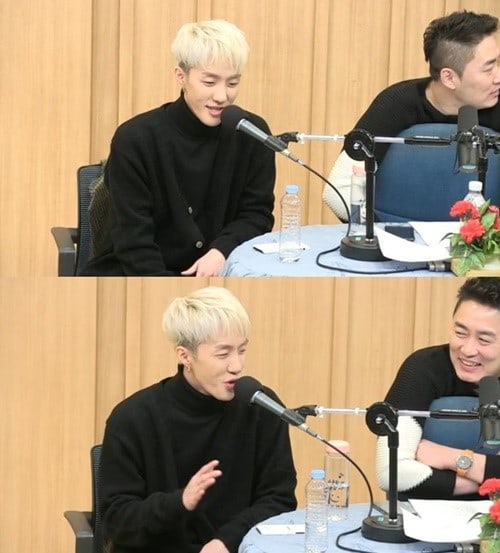 A listener, who was also watching the radio via livestream wrote in, “[Seeing] Zion.T without sunglasses feels like seeing myself without my makeup on,” which made the singer burst out into laughter. At the end of the show, he said he felt like he was in zero gravity.

Zion.T explained, “After I debuted, I always wore sunglasses. I started wearing sunglasses because it was difficult to look at people in the eye,” and described his shy personality.