Zion.T shared the special reason why he wanted to work with Red Velvet’s Seulgi on his new title track!

On October 15, the singer held a showcase to celebrate the release of his new EP album “ZZZ.” This will be his first EP album in one year and eight months, and it will contain a total of seven tracks. The title track of the album is “Hello Tutorial” and Zion.T described it as, “To put it in one sentence, the song is like a well-made romantic comedy that would be perfect for the holidays,” and “I wanted to make a song similar to a film that’s fun and easy to watch.”

The song will feature Red Velvet’s Seulgi, who appeared at the showcase to perform with Zion.T and share her delight at collaborating with him. She said, “I’m honored to have the chance to show my support for Zion.T. It’s been a great experience, and I hope we can keep working together in the future. Thank you.” 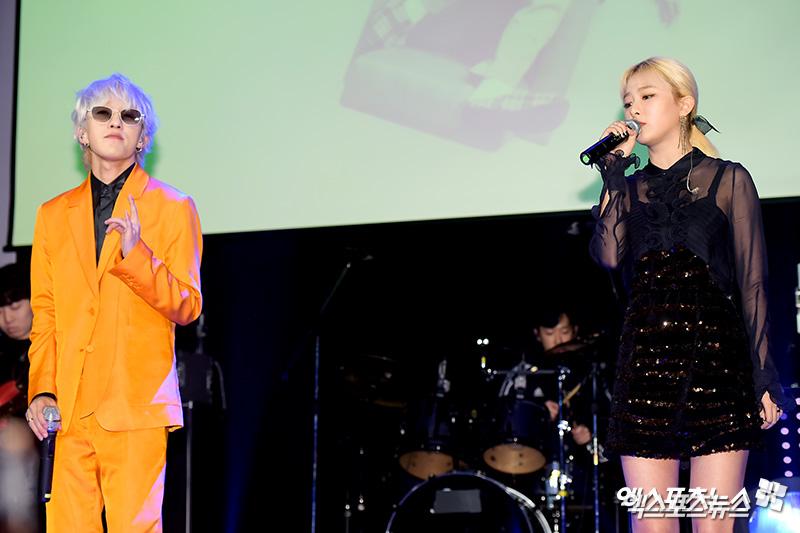 Zion.T reciprocated and expressed his own gratitude by saying, “As someone who is a huge fan of Red Velvet, I felt like I should ask one of them to feature on the song. I wanted to work with Seulgi because she has such a nice voice and I thought it would go really well with this song. I’m so grateful that she agreed to do it.” He added, “I think I did what any ReVeluv [Red Velvet’s official fandom name] would do.”

Zion.T’s new song “Hello Tutorial” with Seulgi will be released at 6 p.m. KST on October 15, along with his new EP album “ZZZ.”